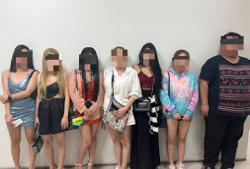 THREE entertainment outlets in Kuala Lumpur were ordered to close by Kuala Lumpur City Hall (DBKL) for operating without a licence.

DBKL in a statement, said the closure notices were issued during an operation at Jalan Tun Razak and Taman Miharja early Sunday (July 31) morning.

“A check at six entertainment outlets showed that three of the premises were operating without the proper entertainment licences and were sealed immediately and their equipment was confiscated.

“Action was taken under Section 17 of the Entertainment Act 1992, with three investigation papers opened under Section 4(1)(a) and 4(1)(b) of the same act for conducting activities (music) with approval,” DBKL said.

The joint operation was carried out by officers from DBKL enforcement department along with the police, National Registration Department (NRD) and Federal Territories Islamic Religious Department (Jawi).

The equipment was sent to DBKL’s storage facility in Jalan Lombong Taman Miharja, Cheras for record keeping and temporary storage.

The public can channel any information via its complaint website adu@kl.dbkl.gov.my 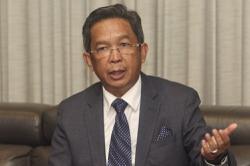