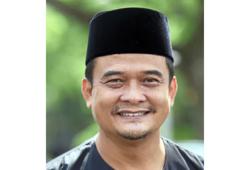 AN information technology engineer was looking forward to spending his retirement at his village in Punggor, Batu Pahat.

Ezal Shah Ismail, 47, engaged a contractor to build a house on family land there on May 26 last year.

Disappointed with the delays, he took the matter to Johor Baru Consumer Claims Tribunal hoping for a reimbursement of money paid for initial works.

He had hired the contractor from Taman Universiti, Johor Baru, to build a four-bedroom, three-bathroom bungalow at a cost of RM248,000.

The agreement was for the contractor to complete the house in October last year, but he failed to even start despite being paid RM49,600, which was 20% of the cost.

“The project was supposed to start within two weeks after the agreement was stamped,” Ezal said when met outside the tribunal at Menara Ansar.

He said the contractor claimed that the project could not start until a bridge was built for concrete mixer lorries to pass through because the existing bridge was too narrow.

Work on the RM40,000 bridge started in early May last year but was temporarily suspended due to the movement control order and problems getting building materials.

Ezal said work on the bridge resumed at the end of August and finished in September but upon inspection, he discovered that the bridge was not fully completed.

“I gave them another month to finish the project but I was not satisfied with the work,” he said.

When that was not fulfilled, he filed a case at the tribunal against the contractor and a separate one against his worker for the construction of the bridge.

In the hearing, the contractor said he could not reimburse the RM49,600 as the money was used for other expenses on the project site.

A site manager for the contractor told the tribunal that RM5,056 was spent on temporary workers’ quarters; RM4,955 on box moulds, sewerage, water tanks, wheelbarrows and hoes; RM2,000 on transportation and RM1,500 to hire workers to unload the goods.

Tribunal president Lee Chee Thim rejected the amount given, adding that it was unfair for Ezal to bear the expenses for goods the contractor had also used in other projects.

After deliberating on the cost borne by the contractor, Lee ordered him to pay the claimant RM39,982 within two weeks.

On the contractors plea to pay in instalments, Lee ordered that Ezal be paid RM10,000 as the first payment, followed by RM5,000 monthly for five months and the final payment of RM4,982 on the sixth month.

Lee reminded the contractor that if he failed to pay the second instalment of RM5,000, he would have to make full payment to Ezal or face legal action. 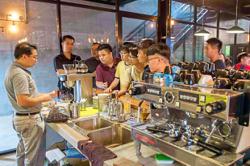