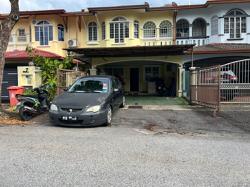 A notice has been issued to the ambulance operator and the owner of the house. — Filepic

An ambulance service operator in Ara Idaman, Ara Damansara has been ordered to cease operations as it does not have the approval to run a business from an intermediate terrace house in a residential area.

Petaling Jaya City Council (MBPJ) Corporate Communications assistant director Ahmad Iskandar Mohamad Mukhtar said the city council had issued a notice to the ambulance operator and owner of the residential unit on May 26.

“The notice was issued under Section 70 of the Street, Drainage and Buildings Act 1974 (133) for misuse of building meant for housing.

“Until now, the ambulance operator has failed to comply with the notice,” he disclosed.

“MBPJ will not hesitate to take legal action if the ambulance owner fails to abide by the notice issued,” he said.

On May 23, StarMetro highlighted residents’ grievances in the story titled “Ara Damansara folk tired of din caused by ambulance service in their midst”.

Operating from the terrace house were four ambulances that at times, parked in a haphazard manner close to the road median, made it difficult for immediate neighbours to drive in or out of their houses. — By EDWARD RAJENDRA 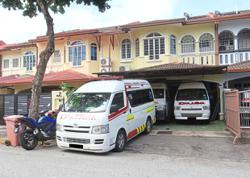