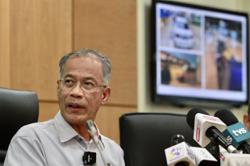 Works on the retention pond in Taman Eng Ann was stopped when the appointed contractor could not keep to the schedule and budget. — KK SHAM/The Star

THE contractor engaged to build a retention pond to address flash floods in Taman Eng Ann, Klang, has been terminated.

He said the contractor was appointed through an open tender for the RM3.8mil project.

The project on a 0.3ha plot next to Wisma 99 Speedmart, was 62% completed and due to have finished by January this year.

“Seeing that the work had not been carried out as scheduled since October last year, the council had no choice but to officially terminate the contractor in March this year,” he said.

The consultant for the project suggested a 7,000 cubic metre L-shaped water retention pond be built off Persiaran Rajawali outside Taman Eng Ann.

Other than the retention pond, the project involved works to widen a 530m stretch of monsoon drains along Lintang Kasawari 3, Jalan Pekan Baru and Jalan Kasawari 5 in the neighbourhood.

It also involved construction of an underground U-drain that crosses Persiaran Rajawali to channel rainwater run-off to the pond.Zamri told StarMetro that a bill of quantities (BQ) was being prepared for a re-tender exercise.

“The BQ is needed to list down the materials, workmen and time frame to tender out the project,” he said, adding that the tender exercise would be done in July.

He said work was due to commence by the second week of October.

The consultant, he said, had also advised that undersized monsoon drains be widened to hold a higher volume of rainwater run-off.

“Water directed to the retention pond will be channelled to the Lebuh Angsa drains at the border of Taman Berkeley and into Sungai Rasau.

“As such, a 0.61m stretch of residential drain at Lebuh Angsa opposite the terrace houses will be widened to 1.5m and will have a cross culvert with a width of 1.8m at the end of the drain,” he said.

Taman Eng Ann Residents Association chairman Datuk Tan Hock Guan said the association was aware the project had run into difficulties as no workers had been seen.

“We are glad that MPK will re-tender the project as the water retention pond is crucial to protect Taman Eng Ann from flash floods.

“MPK must ensure that all drainage networks in this residential area are desilted and broken drains repaired,” he added. 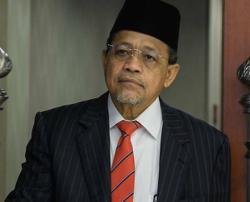