By BAVANI M. And CLARISSE SONIA 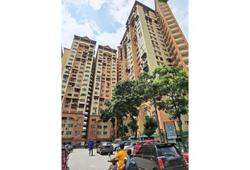 Each PPR is unique with its own set of economic, health and social problems.

ABOUT 1.76 million of the Klang Valley population living in low-cost government housing schemes have been struggling to make ends meet even before the Covid-19 pandemic hit in 2020.

After the pandemic, it became worse when income dropped for 80% of them.

Many are reeling from the after-effects of the pandemic, such as malnutrition, drug addiction, domestic violence and unhygienic living conditions in cramped quarters.

How did this happen?

Think City, a subsidiary of Khazanah Nasional Bhd that was set up to improve urban living among others, seems to have an answer.

Its principal adviser on sustainability, Dr Shahridan Faiez said urban geographers referred to this phenomenon as the “ghettoisation” process.

“We need to understand why this is happening,” he said to StarMetro on the sidelines of the “Rights To The City: Public Housing Liveability Conference” held in Taman Tun Dr Ismail, Kuala Lumpur.

“We can categorise the reasons in three areas; physical decay, economic decay and social decay.

“When did we start to slide down? I have seen this happen in many developing countries and urban societies,” he said.

Shahridan was responding to a question on whether low-cost government housing was meant to be transit homes or temporary dwellings for poor residents until they got back on their feet.

Thousands of the residents have been staying at these low-cost housing schemes for decades, and Kuala Lumpur City Hall (DBKL) records show more than 30,000 applications are on the waiting list for units at people’s housing projects (PPR) and public housing projects (PA).

Some have been waiting for 10 years.

Shahridan and several panellists were giving their views at the public housing liveability conference organised by Think City in collaboration with Citi Foundation.

The event represented a major step in devising interventions or policies to promote better public housing liveability and strengthen the vulnerable communities living at the schemes.

Shahridan said low-cost government housing schemes were not meant to be transit homes.

“It was never the primary objective. If it was, then there should have been proper programmes carried out to enable the community.

“It is very hard to dislodge a family from their dwelling when they are economically struggling,” he added.

The experts, who spoke on the topic of “Rebuilding Community Resilience-Enhanced Well-being Prosperous Society”, touched on how the Covid-19 pandemic had shed light on vulnerabilities in public housing.

Shahridan said there were multiple government agencies, from federal to state, as well as various government-linked corporations (GLCs) and cooperatives that have their own low-cost housing schemes.

“Yet, it is impossible to get relevant data on the communities living there to better understand the ecology of public housing.

“We have built so many PPRs but what is the lesson we have learnt?” he questioned.

Concurring with Shahridan was clinical psychologist Ellisha Othman, who was also a speaker at the conference.

“Each PPR is unique. Some need help from a health perspective while others have economic issues.

“We need data to help them,” added Ellisha, who is the managing director of Thrive Well, a social enterprise that helps communities with mental health issues.

RTI Malaysia’s Better Health Programme lead Dr Lim Shiang Cheng elaborated on the diversity of the PRR communities she had worked with in Kepong, Cheras and Sentul.

“One PPR had mostly Malay residents, another had Chinese and Malay dwellers, while the third had more Indian families.

“The Sentul and Cheras housing schemes have many three-generation families while the Kepong one has middle-aged Malays and older Chinese residents,” she noted.

When she interviewed the Chinese residents to find out why they were not staying with their children, most said they were comfortable there as they were among friends, she added.

“Without data or research, it will be difficult to help them improve their lives,” Lim opined.

The experts agreed that with the right information, they would be able to formulate strategies for each community.Do away with silo mentality

Shahridan pointed out that the government launched a National Community Policy in 2020 under Housing and Local Government Ministry (KPKT) which identified the need to create a cohesive community and work together.

“The document stated all the right things, but what happened to it?

“We need all the agencies to be on board and not just KPKT.

“Authorities from the health and education sectors along with entrepreneurs and property developers should sit on a task force that reports to the Prime Minister,” Shahridan suggested.

All three experts said having community champions to influence others to change their behaviour was equally important.

Commenting on what was often perceived as PPR residents’ tidak apa (apathetic) attitude on issues like hygiene, Lim said it was an environmental problem.

“We cannot dismiss it as an attitude problem. We have to put ourselves in their shoes because we have no idea what they have been through,” she stressed.

Shahridan agreed, saying the PPR ecosystem did not reward people who cared for the environment.

“If your neighbour keeps throwing rubbish outside the corridors, you will eventually do the same,” he pointed out. 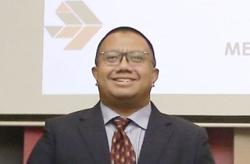 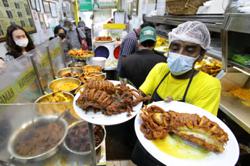