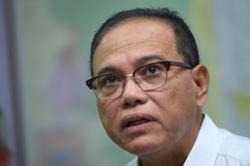 UPGRADING and maintenance works are being carried out at selected geosites under Selayang Municipal Council (MPS) in preparation to be gazetted as part of a unified national geopark in Selangor.

The 20 geosites will make up the proposed 112,955ha Gombak-Hulu Langat Selangor Geopark.

MPS deputy president Cheremi Tarman said the plan would include setting up a geological gallery in Batu Arang, together with the Mineral and Geoscience Department.

“MPS will upgrade the facilities at several earmarked sites.

“RM2mil has been allocated to renovate existing pools in Taman Rimba Bukit Lagong.

“Infographic boards have been set up at the facilities where work is being done, including in Batu Arang, Batu Caves and the Gua Damai Park,” he said after chairing the monthly full board meeting at Menara MPS.

Cheremi said Selayang had many attractive natural forests and sites that could be developed to entice visitors.

“However, we do need funds from the state and Federal governments to ensure that these attractions are up to the mark,” he added.

In last year’s state assembly sitting, it was announced that the proposed Gombak-Hulu Langat Selangor Geopark was expected to be officially recognised as a national geopark by 2022.

Energy and Natural Resources Ministry, through its Mineral and Geoscience Department which oversees the National Geopark Committee, is responsible for awarding the status.

This is not to be confused with global geopark status granted by the United Nations Educational, Scientific and Cultural Organisation (Unesco).

Langkawi is the sole Malaysian site to have attained global geopark status.

On another matter, Cheremi said there had been a reduction in active illegal dumping hotspots in the last five months.

“We now have 17 spots which we are taking action on, down from 25 spots identified in January.

“Landscaping and beautification efforts are being carried out to deter those areas from being used as dumpsites again,” he added. 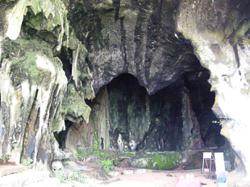