Concrete ramps built illegally in front of shops on parking bays at Jalan Anggerik in Kota Kemuning were removed using a demolition hammer.

“Seven shops had occupied public parking bays and the walkway to facilitate their business, without getting MBSA’s prior approval.

“Four concrete ramps were knocked down with a demolition hammer while two metal ramps were dismantled,” he said after the council’s full board meeting.

Zamani said six compounds and three notices were issued during the operations involving 22 city council workers from the Financial Revenue Management, Engineering and Buildings and Licensing departments along with the MBSA Kota Kemuning branch office.

He highlighted that use of public parking bays without the city council’s authorisation was an offence and action was taken against shopowners for breaching Section 39(2) of the Street, Drainage and Building Act 1974.

He said such illegal construction damaged the road and footpath besides depriving motorists of parking bays and consequently resulted in people double-parking.

“Parking bays can be rented from MBSA if shopowners need to use them for loading and unloading goods.

“Removable ramps can be placed outside the shops but shopowners must get MBSA’s approval,” Zamani added. 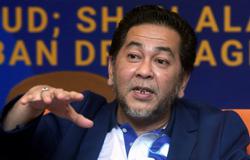