LOCAL history buffs are in for a treat with the launch of a book titled George Town, A World Heritage Site.

Author Datuk Eustace Anthony Nonis, 80, said he wrote the book out of boredom while he was in lockdown during the Covid-19 pandemic.

“I’m a Penang boy and I was so proud when George Town became a Unesco World Heritage Site in 2008.

“I highlighted 133 historical attractions as the inner city has so much to offer,” he said at the launch of his book at Penang Eurasian Association (PEA) in Kelawei Road on May 13.

Nonis, who is also PEA’s patron, said the self-published 158-page book took over a year to finish.

“Each attraction in the book is complete with its stories and history.

“I include recollections, experiences and folk tales about these places,” he said.

Nonis added that Penangites would have a better appreciation of the “jewels” of the inner city featured in the book while visitors would better appreciate what they see as they wander around George Town.

“The author’s love for Penang is evident. He chose to live here after retiring as director of the Asian Development Bank in Manila, the Philippines, in 1998,” he said in his address.

Ang recalled the author coming to the GTWHI office many months ago, saying he wanted to write a book about the George Town World Heritage Site in his own way and using his own money.

“I told him to just do it and a few months later, he returned to the GTWHI office with stacks of neatly typed pages with pictures glued to the paper.

“He told me that the draft was ready and I helped him to get the book published and launched,” she said.

Gasper said Nonis walked around George Town to take pictures of the sites.

He congratulated the author on his book and commended him for helping to preserve the Eurasian heritage of Penang and making the community more visible.

Nonis had previously written a book on the history of Eurasians in the island titled The Eurasians: A Founding Community of Penang.

In 2021, he was awarded a Lifetime Achievement Award for cultural heritage advocacy by GTWHI. 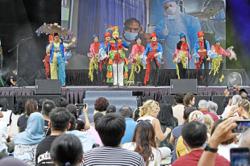 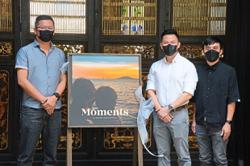