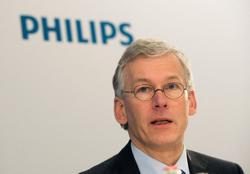 May 7 marks a significant day for the inseparable Teh triplets, who celebrate their 70th birthday this year.

Trio Betty, Steven and Philip Teh were born about one hour apart on the night of May 6 in 1952.

“This is with the exception of Philip, who was delivered after midnight, in the early morning on May 7, but we always celebrate our birthdays together,” said Betty.

On the first Saturday this month, they enjoyed a feast at their birthday celebration held at Hao Xiang Chi Restaurant, Centro Mall in Klang, Selangor, with about 40 close family members.

Wearing a big smile, the siblings cut the customary cake as other family members cheered and sang Happy Birthday.

They may also have been the first triplets born in Klang, based on a previous English newspaper article published in 1959.

“Being a triplet is unique. Although we found out that there was another set of triplets who claim to be the first in Klang, they turned out to be younger than us. A black-and-white photo of (from left) Philip, Steven and Betty when they were three years old.

“So, we might be the first triplets in this town who turn 70 this year,” said Betty.

The siblings have remained close throughout their lives and even live close to each other in Klang.

Betty, who is the eldest of the three, said Philip often assumed the big brother role despite being the youngest.

“We have six other siblings but Philip has always been protective and taken good care of us,” she said.

“It has been a good 70 years for us and we would like to thank God for blessing us with a close-knit family.

“We are thankful that we are still able-bodied and can go about doing the things we like,” she added.

Philip inherited the family business with their younger brother Mark.

The former served in Motorola Malaysia Semiconductors Sdn Bhd for 25 years before making the move to continue his father’s business.

In 2002, Steven joined the company after leaving his banking job.

Betty used to lecture at a Bible college and currently serves in a local church as a member of the pastoral team.

Reminiscing about the days when they were children, Philip recalled that the trio dressed alike a lot.

“It was easier back then for our parents to dress us in the same clothes and we did this until we were nine years old.

“Betty would dress like us boys, in shorts and white shirts.

“But we do not look identical.

“Our parents were so proud to have four generations of children of about 80 family members in total and still counting,” Philip added.

Expressing gratitude to their parents, Steven said it was no easy feat for their parents to bring up the three of them, let alone nine children.

“We really admire our parents who had worked hard to support us.

“Our late father Teh Teong Sah worked as a chief clerk when he was 17 years old before starting his company.

“He managed to raise us all,” he said.

Steven said that all of them had fulfilling lives and were glad to have a loving family.

“Every Sunday, those who are free will go to Philip’s house and have dinner together,” he added. 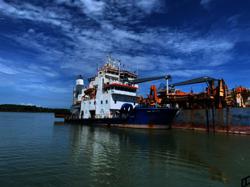