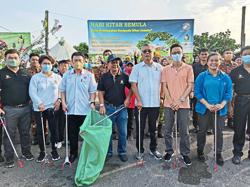 THE Baleh-Kapit Raft Safari (SRBK), a 23km annual rafting adventure programme, is expected to bring in an estimated 1.2 million tourists to Sarawak.

It is also one of the legacies of the late Tan Sri Dr Amar James Jemut Masing, the Sarawak deputy chief minister who succumbed to Covid-19 on Oct 31 last year.

Nanta said Masing founded SRBK, where participants could race down Sungai Baleh to Kapit in rafts, 25 years ago.

“The adventure programme, which is usually held in April, is still actively carried out to this day and has helped promote Kapit to visitors,” he said.

The safari is expected to bring in RM3.2bil in tourism revenue.

“Kapit has many natural attractions such as its rivers and forests. Events such as this one can bring in more tourists to see what Kapit has to offer,” he added.

Nanta was speaking at the closing ceremony of SRBK and the launching of Gawai Dayak Bazaar at the Kapit Town Square.

It is also one of the activities in the state’s tourism calendar.

Nanta also proposed that SRBK be held in mid-May each year simultaneously with the Gawai Dayak Bazaar Programme.

“With the rafting programme and this Dayak Gawai Bazaar running simultaneously, we can also save resources, costs and time,” he said.

He hoped by improving its organising aspects and introducing new events, the safari would continue to be held.

“I understand from the SRBK Organising Committee that several new events are being introduced such as a kayak programme.

“This is certainly a new attraction and can attract more participants and visitors,” he said. 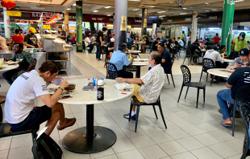 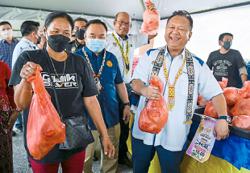