Soh (centre) and his team hope to bring the Repsol brand to a new milestone in Malaysia.

LUBRICANT manufacturer Repsol is making a vibrant comeback to Malaysia to offer motoring enthusiasts more choice for their vehicles.

Representing the brand here is OUR Lubricants Sdn Bhd, which plans on increasing its market share in the country.

Repsol has operations in over 40 countries, and is the first energy company to pledge net zero carbon dioxide emissions by 2050.

The brand has always been in the forefront with its involvement as an avid sponsor in the motorsports industry mainly in two international races — Dakar Rally Championship, one of the world’s hardest races since 1978, and MotoGP Grand prix which it has been collaborating with Honda since 1995.

Its lubricants, tested in top-level competitions, deliver the best performance of engine protection with the highest level of efficiency achievement.

Repsol is currently having its National Customer Promotion and Customer Appreciation Giveaway for its loyal customers and MotoGP fans. 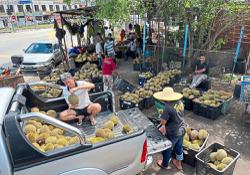