Can’t live without a smartphone 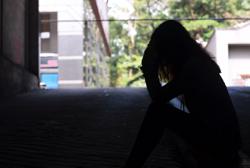 Senior citizens getting familiar with smartphones at a workshop. — Filepic

IT USED to be that we could not leave home without our wallets and keys, but no longer.

Although cellphones have been around for more than 20 years, they were clunkier and used primarily for making phone calls and sending text messages, with minimal games and zero social media apps.

The old-style cellphone has now evolved into the smartphone.

Almost everything we need for our everyday life is stored in it.

We simply cannot leave home without it.

Its use has gone beyond making phone calls and sending messages.

When the Covid-19 pandemic started, it was used to store the all-important MySejahtera app.

It was mandatory to use the app to check into almost all premises.

The app is also used for many other purposes, including reporting Covid-19 test results, updating vaccination details, getting home surveillance order information and for travel updates.

Twice, I left home without my smartphone.

The first time, I just needed to write down my contact details in a logbook at the entrance of a shop.

The second incident happened in March during the National Covid-19 Vaccination Programme for children under 12 and booster shots for adults.

Giving my Covid-19 risk status and vaccination status would have been mandatory before I was allowed into the building.As such, I had to make a detour and collect my smartphone from home.

This took an extra 10 minutes but fortunately, I was not late for my appointment.

I empathise with senior citizens who may not be tech-savvy and others who are averse to technology.

They were reluctant to get a smartphone but had been forced to by circumstances.

A person named Jeffrey Yeoh shared this in a Facebook group: “My dad, who is in his late 80s, carried around his vaccination card for a long time. He pleaded unfamiliarity in operating a smartphone as a reason to avoid carrying one.

“However, after being turned away from premises on a number of occasions, he finally gave in and learned how to use a smartphone with the MySejahtera app.

“Truth is, security guards and other personnel manning entrances to premises/buildings may not be the most knowledgeable when it comes to reading paper documents.

“You can imagine it would be much easier and more convenient for them to bar entry, declaring ‘My boss says cannot!’ rather than figure out what is printed on the vaccination record handed to them.”

Not being tech-savvy, senior citizens have many problems figuring out how to use their smartphones, including downloading apps they need or want to use.

While some may be lucky enough to have children or grandchildren staying nearby to teach them, those who live on their own will need to ask a neighbour or close friend.

Senior citizens who can use smartphones effectively are more likely to be able to live independently and stay connected in this digital age.