In a statement, the local authority said the programme was initiated during the movement control order to alleviate economic hardship faced by petty traders due to the Covid-19 pandemic.

The Wilayah Prihatin programme was aimed at identifying suitable sites for mobile traders operating from food trucks, caravans and tricycles as well as canopied stalls as a transformation step for roadside businesses.

DBKL added that the spot for food truck operators was chosen during a meeting involving all petty traders to ensure everyone concerned was made aware of the reorganisation of trading spaces allocated by DBKL under the programme.

Other locations involved in this programme were Jalan Dungun, Jalan Gelenggang and Jalan Seri Rampai.

However, a handful of traders did not want to participate in the reorganisation.

They continued operating without licence and created disturbances at the site allocated for the food trucks, added DBKL.

“The meetings were carried out to ensure the economic viability of the area’s existing traders would not be affected.

“Discussions were conducted with the residents representative council and feedback was also obtained from the area MPs.

“During the meetings, it was made clear that this project was to ensure the development of young entrepreneurs in the city and that it would be carried out in a systematic and orderly manner,” DBKL said, adding that no objections were raised by those who had attended the meetings.

For the purpose of supervision and to ensure its operators complied with the terms set by DBKL, the Kuala Lumpur Food Truck Entrepreneurs Association (KLFTEA) was appointed to organise and manage the site.

DBKL said its officers conducted periodic checks and found that the issues highlighted by the complainants were not serious.

DBKL issued the statement in response to The Star article on the dissatisfaction of Kepong traders in Jalan Rimbunan Raya 1 after they were issued with summonses.

Speaking on their behalf, community activist Yee Poh Peng said they claimed to have been treated unfairly when DBKL asked them to move for occupying parking bays and obstructing sidewalks.

The traders said no action was taken against food trucks who were operating in the same area, monopolising parking bays and blocking the streets. 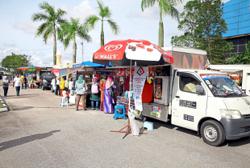 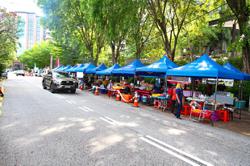