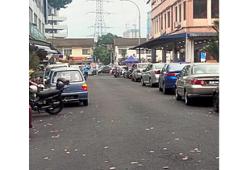 DBKL resurfacing roads under its jurisdiction at the Wangsa Maju flats.

ROAD resurfacing at the Section 4 flats in Bandar Baru Wangsa Maju, Kuala Lumpur, has been completed.

“The roads were supposed to be handed over to the MC but it didn’t happen.

“It has been in a state of neglect for many years and when we highlighted the matter to DBKL’s Civil Engineering and Drainage Department, they agreed to pave the roads,” he said.

During a site visit, Dr Tan pledged to allocate funds for urgent works on roads inside the flats compound.

“Resurfacing of roads under the MC will be conducted after DBKL completes its works, including repainting the lines for parking bays,” said Lai.

Intan block MC member Juslahudin Buhari is thankful to Dr Tan’s office for agreeing to resurface roads that are not under DBKL’s jurisdiction.

“Some of the infrastructure had not been maintained for 35 years.

“The roads are damaged and tree roots jut out from the pavement.

‘’Road markings are also faded, including the parking bays so motorists park haphazardly,” he added. 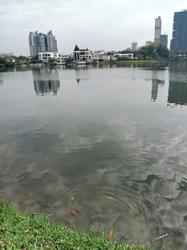