THE groundwater level in Selangor has reduced by one metre because of a rise in activities from land use.

Air Selangor director and operations head Abas Abdullah said this was based on a 2019 study published in the Journal of Water and Climate Change for Malaysia. Abas: Surface water is still the main source of water for Selangor.

He said the study showed that extreme dry weather has brought about a decrease of 0.5 to 3m in groundwater levels in many areas.

“In Malaysia, 1.2% of its water resources are from groundwater. Most of it is from Kelantan.

“For Selangor, however, surface water is still its main water source.

“The little groundwater supply that the state has is mainly used for industry and agriculture,” he told StarMetro.

He said studies carried out by the National Hydraulic Research Institute of Malaysia have found groundwater sources in Jenderam and Kuala Langat in Selangor.

However, bore holes made have revealed that much of this groundwater source is still derived from surface water.

Nevertheless, he stressed on the need to understand the surroundings of a newly discovered groundwater source before arriving at conclusions to mitigate pollution risks.

“In Bestari Jaya in Kuala Selangor district, for example, there is a need to understand the recharge rate during the extraction process.

“If done too quickly, pollutants from the Bukit Tagar landfill could contaminate this resource,” he said.

Recharge rate refers to how fast the groundwater source is replenished and from where.

On the numerous water cuts endured by consumers in the Klang Valley in the past, Abas pointed at two factors – pollution and technical issues.

“As the management of the rivers come under Selangor Water Management Authority (LUAS), Air Selangor is unable to give assurances on the continuous integrity of our raw water supply.

“However, under the raw water guarantee scheme, LUAS will conduct 24-hour monitoring, especially of Sungai Selangor and Sungai Langat,” he said.

As for plant shutdowns due to technical issues at the distribution site, Abas revealed that out of 1,091 cases of burst pipes in the Klang Valley in 2021, 57% were because of ageing pipes.

“To date, we still have about 6,000km of asbestos cement pipes which will be replaced at a rate of 150km per year.

“From 2015 until now, Air Selangor has recorded a pipe burst index of six cases for every 100km per year.

“The international benchmark is 13 burst pipe cases per 100km per year. This is an improvement for us,” he said.

He also noted that two billion people worldwide had no access to clean and safe water supply.

“This gives us all the more reason to value such a precious commodity,” Abas added. 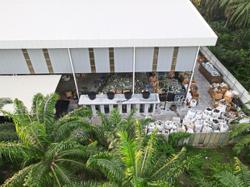 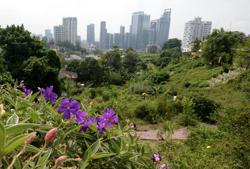