THE visually impaired will have a chance to learn new skills, thanks to a project initiated by Malaysian Association For The Blind (MAB).

Involving the sale of headscarves and shawls, proceeds from the project — named “Project Mata Hatiku” — will boost MAB’s education fund and go towards training and education for the visually impaired.

The project, which aims to raise RM500,000 within a year, is being held in conjunction with the association’s 70th anniversary.

“Access to higher education can help increase their standard of living and give them the chance to live normal lives.”

MAB vice-president Datin Fauziah Mohd Ramly said: “The programme is an initiative to bridge the gap between the visually impaired and society.

“MAB aims to provide equal chances to the visually impaired so that they can enjoy a better quality of life. “For the past 70 years, we have been providing vocational training to our members to equip them for the job market.

“We hope to continue upskilling them and that more of them can benefit from the education.

“To realise this dream, we also need continuous support from corporate sponsors and organisations,” she added.

Project Mata Hatiku is a collaboration between MAB and Six Sense Creative.

It offers a range of headscarves and shawls made of chiffon georgette with 30 designs featuring Malaysian flora and fauna.

The items range from RM35 to RM45 per piece. For each purchase of scarf or shawl, 15% will go towards MAB’s education fund.

The project’s launch at MAB Complex in Kuala Lumpur saw 10 visually-impaired models and MAB staff donning the headscarves on a catwalk.

Roadshows will be conducted at various malls and offices to give the public a chance to support the project. 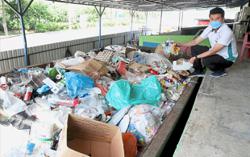 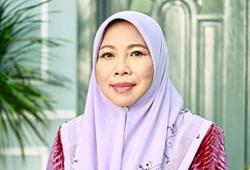