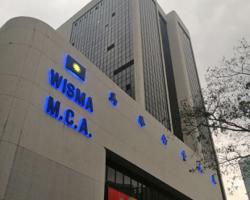 AFTER spending close to two years in Singapore, away from her family, this Chinese New Year will be a sweet one for Valerie Ng.

The 30-year-old, who works as an administrative executive, said she had been away from her family in Batu Pahat since March 2020.

“I was relieved and excited when I finally stepped foot in Malaysia via the land Vaccinated Travel Lane scheme.

“The festive atmosphere and decorations are livelier in Malaysia and I have missed it very much.

“I spent some time with my boyfriend in Johor Baru before heading to Batu Pahat to reunite with my family for Chinese New Year.

“It will definitely be fun because I missed last year’s celebration,” she said at the Johor Jaya Chinese New Year bazaar.

Ng added that she bought festive items such as biscuits and snacks for the reunion with her family.

The bazaar, located along Jalan Dedap 14 in Taman Johor Jaya, Johor Baru, was cancelled last year because of the Covid-19 pandemic. It is back on this year, much to the delight of visitors.

Auto parts salesman Cheng Mat Hew, 29, said he was glad that the event was back this year as it gave his two young sons a chance to soak up the festive atmosphere.

“We were on the way home to Pasir Gudang (about 16km away) and decided to stop.

“My sons enjoyed the lion and dragon dance performances, which put us in a festive mood and we are now excited to welcome the Year of the Tiger,” he said.

Another visitor Tay Kim Kee, 49, said he brought his family to the bazaar for some last-minute shopping and purchased some red-coloured home decorations, barbecued meat, mandarin oranges and biscuits.

“We have been coming to this bazaar to do our lunar new year shopping for more than six years, except for last year when it was cancelled.

“This bazaar is considered the biggest in Johor Baru and we get most of our shopping done in one go,” said the businessman.

A visit by StarMetro found the vendors were also happy to be back at the bazaar after a hiatus last year.

Janice Lam, who has been selling festive decorations for a decade, was grateful that the more stable Covid-19 situation allowed the bazaar to be held once again.

“Tiger-themed decorations are popular among the younger crowd but overall, customers still prefer classic and timeless festive decorations for their home.

“Sales started to pick up in the final week before Chinese New Year as more people rushed to get their last-minute shopping done.

“The border closure between Malaysia and Singapore did affect my sales a little but I am still happy to see many local customers, especially my regulars, still supporting my small business,” she said.

Another popular stall at the bazaar was one selling bing tang hu lu or candied fruits, a traditional sweet snack on long bamboo skewers usually seen in Chinese period dramas.

However, because that is an acquired taste, she decided to switch to other fruits like grapes and strawberries.

“The colourful look of the snack makes it popular among children and youths who want a sweet snack that is healthy at the same time.

“We use seedless grapes to make it easier for younger children to consume.

“On a good day, I can sell about 400 sticks at the bazaar,” she said, adding that it was her third time participating in the Chinese New Year bazaar.

South Johor Hawkers and Petty Traders Association and bazaar organiser Datuk Yow Boon Choon said the bazaar had been downsized to about 40 stalls this year due to the pandemic.

“Previously, there were about 60 stalls but we had to reduce the number in order to keep both customers and traders safe during the event. “While the festivities are going on, we did not forget about the less fortunate.

“We have distributed 200 goodie bags filled with Chinese New Year items to the needy.

“Financial aid was also donated to six charity organisations and 18 recipients who are ill,” he said.

He added that the aid was handed out by Johor Baru mayor Noorazam Osman and Datuk Tee Siew Kiong, who was adviser to the former Johor mentri besar.

The bazaar, which started on Jan 14, is ongoing until Chinese New Year eve on Jan 31. 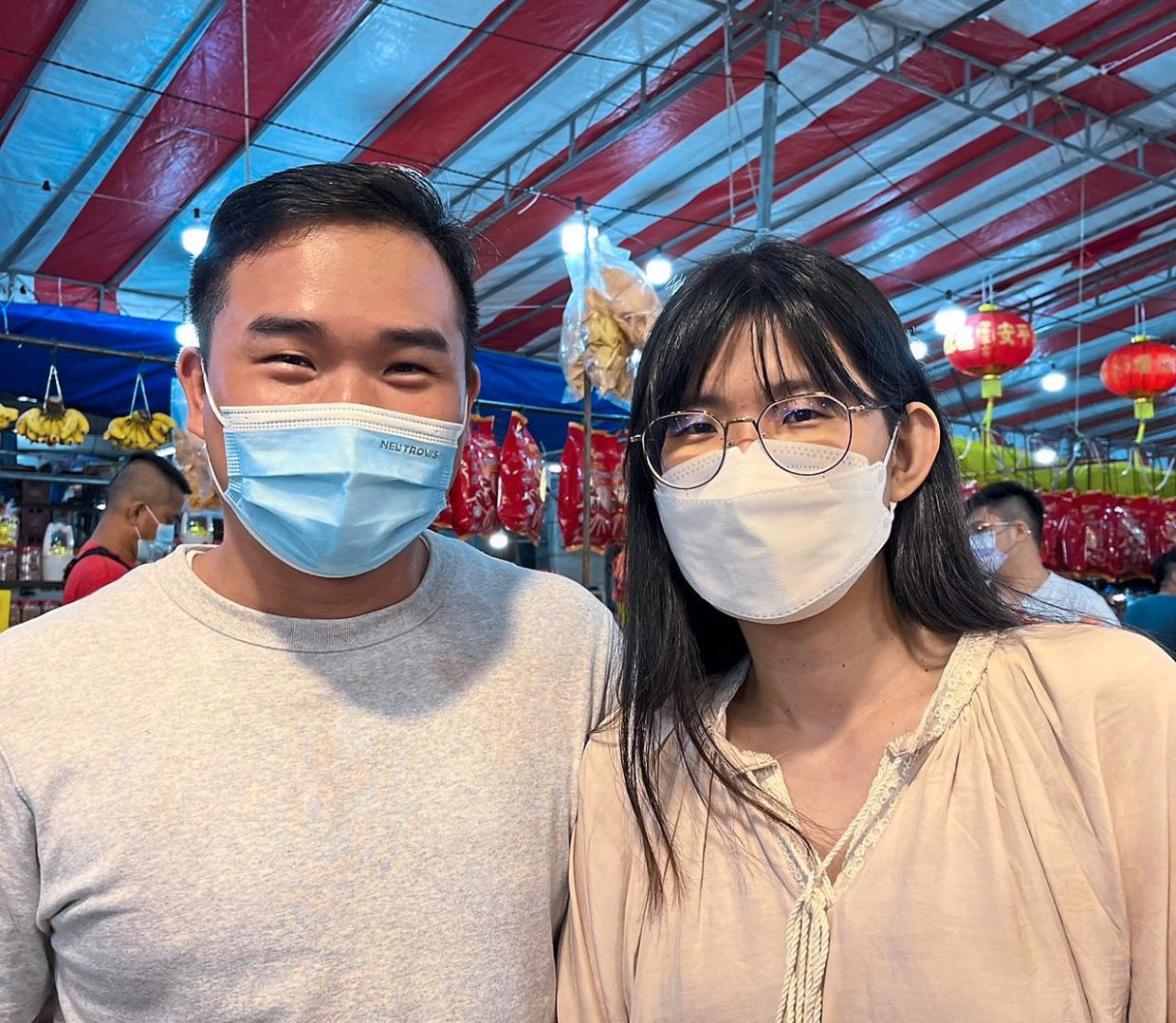 Soo says she can sell up to 400 sticks of candied fruit a day.

Yow says the bazaar was reduced to about 40 stalls this year due to the pandemic.

Ng and her boyfriend Joseph Tan making a stop at the Chinese New Year bazaar after her return from Singapore.

Visitors checking out their Chinese horoscope predictions at the bazaar in Johor Baru.

Shoppers picking up boxes of mandarin oranges and other fruits from the bazaar in Johor Baru.