A resident drying out his household items after a flash flood in Bercham, Ipoh.

Over the years, several districts in Perak have been on flood alert each time the monsoon season approaches.

The districts of Larut, Matang and Selama, Hilir Perak, Batang Padang, Kampar and Kerian as well as the state capital of Ipoh in the Kinta district have not been spared from the yearly floods.

While floods previously occurred during the rainy season in October and November, a shift in weather patterns have seen downpours happening even in January, June and December.

The never-ending problem of floods has affected the lives of many who are pinning their hopes on the state government to find long-term solutions.

In fact, he goes to his elderly uncle’s house to help him whenever the area is hit by flash floods.

“One time a few years ago, my uncle faced the worst flooding incident ever, when the water rose to waist-high,” he said, noting that it had rained for about five hours that day.

“I drove over to help him but my car could not enter the area as it was badly flooded,” said Fairus, recalling how his uncle’s family were unable to sleep the entire night.

“Although it had stopped raining, they had to wait for the floodwater to recede.

“The floodwater also destroyed some parts of his house.

“I visited them the next day and everything was in a mess,” he said.

“Three mattresses were destroyed, the gas cylinder was nowhere to be found and food was scattered everywhere.

“My uncle, a school bus driver, also had to spend a lot of money to fix the vehicle.”

He said family members and friends collected money to buy new furniture for the family.

“My uncle initially wanted to use the damaged and smelly mattresses, but someone donated two new ones to him,” he said.

Fairus hopes the Perak government will address the drainage problem in Bercham.

“My uncle’s house is located near a retention pond.

“The surrounding drains are clearly not enough to accommodate excessive rainfall.

“My uncle and his family have survived the floods thus far, but we are worried it could get worse,” he added.

Hundreds of people in Ipoh have been financially affected after their furniture and other belongings were damaged in floods over the years.

Perak Mentri Besar Datuk Seri Saarani Mohamad has called on all local councils and relevant agencies, including the Public Works Department (JKR) and Drainage and Irrigation Department (DID), to regularly check the condition of drains and other water outlets to prevent flash floods, especially during the rainy season.

“I have lived here for years and floods have happened regularly over the past 30 years.“Things improved for about two years when several water pumps were installed in the area, until recently,” she said.

“Two of the pumps are no longer working, so several houses were affected when it flooded and water reached knee-level.

“We have built barriers at the entrance of our homes, so we were not badly affected.

“But some of our neighbours’ houses were hit as floodwater entered their backyard and kitchen,” she added.

Nor Azira said the pumps in her neighbourhood were operated manually.

“When there is a downpour, workers will come and turn them on.

“If the pumps are automated, it will work faster,” she opined.

He said the work began last year and was expected to continue until 2027.

The project in Ipoh would be undertaken in stages, he said.

“Ipoh is an old city and nearly 80% of its drains need upgrading.

“However, we cannot do it all at once as it is costly, so upgrading works will be done in stages.

“Works are already taking place in some areas, including Tambun, and we expect this to be completed in October,” said the mayor.

He added that about RM10mil was spent on flood mitigation measures.

“Other areas where flood mitigation is ongoing include Bercham and Sungai Rokam,” said Rumaizi.

“We received information about the monsoon conditions in 2020, and we were able to make early preparations to improve the drainage last year.

“However, the volume of rainfall increased beyond our expectations.”

He said that even though some works were not completed, the impact of flash floods was reducing.

“We are afraid that if it is too late, there is potential for Perak, particularly Ipoh, to face floods similar to what happened in Selangor last year.

“There are many reasons why it floods.

“Some people blame it on logging activities but there are other factors, including destruction of wetlands and the lack of buffer zones near riverbanks,” he pointed out.

“Perak Ruler Sultan Nazrin Muizzuddin Shah had, in 2018, said all activities at the Kinta Highlands should stop immediately.

“The state government should not approve any projects at wetlands, highlands and rivers,” Meor Razak reiterated.

He said the state administration should know that prevention was better than cure.

“Floods in Perak no longer merely happen once in a while, it is a rather serious matter that impacts the state and the public regularly.”

Perak infrastructure, water and public transport committee chairman Datuk Mohd Zolkafly Harun said he had been in discussions with DID to come up with flood mitigation projects.

He assured that DID was carrying out regular checks and maintenance at rivers and water reservoirs, among other infrastructures.

“DID will receive allocations from both the state and Federal governments to help with flood mitigation projects.

“The department will get an allocation of more than RM70mil, some of which will be used to buy mobile water pumps to face the monsoon season.

“Members of the public can refer to the MyPublicInfoBanjir app or website to check on rainfall and water levels in their area,” he added.

On the broken pumps at Sungai Rokam, Mohd Zolkafly said DID would visit the area.

He said the department would also carry out maintenance work on the water pumps in Sungai Kinta, Sungai Rokam and Sungai Pinji in Ipoh.

“DID informed the state that several pumps were broken due to vandalism and that some of the pump components had been stolen,” he added. 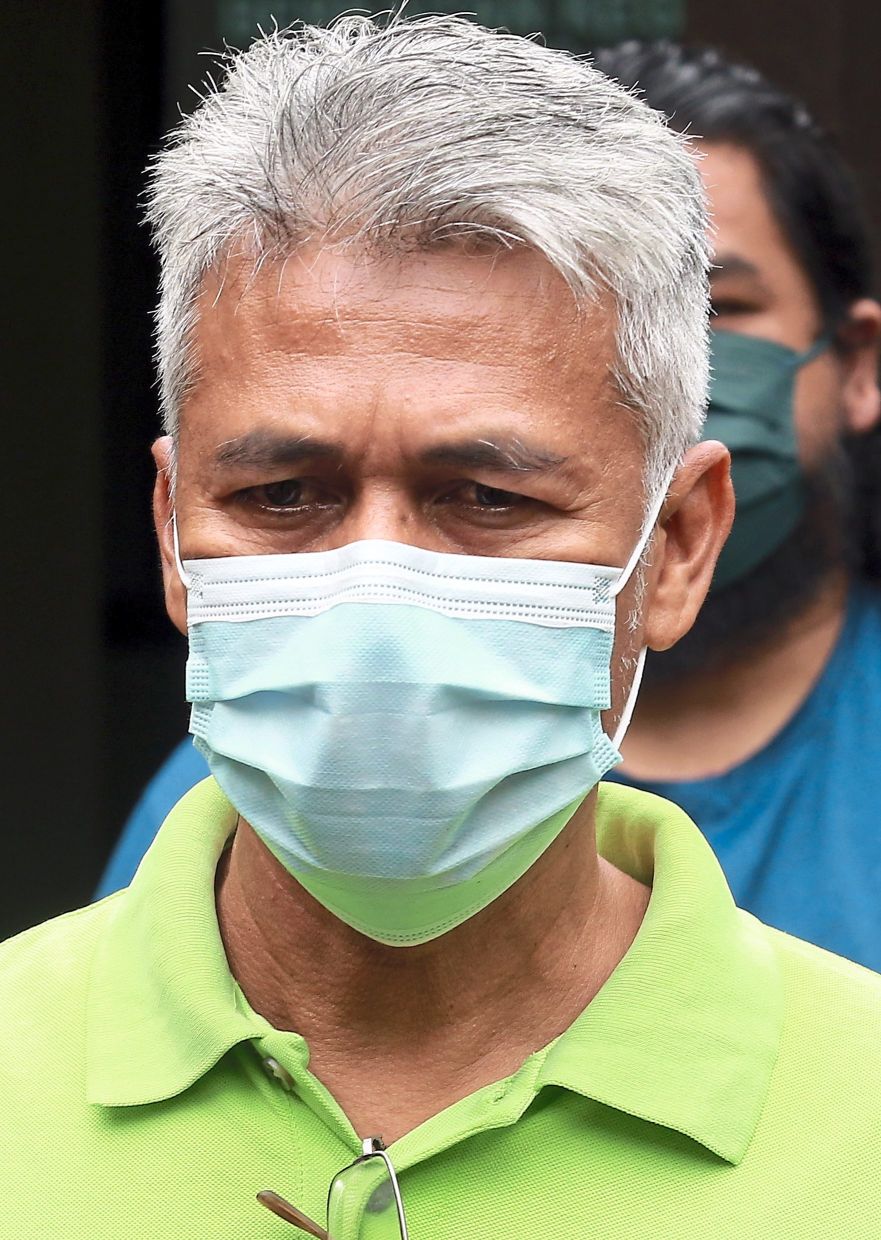 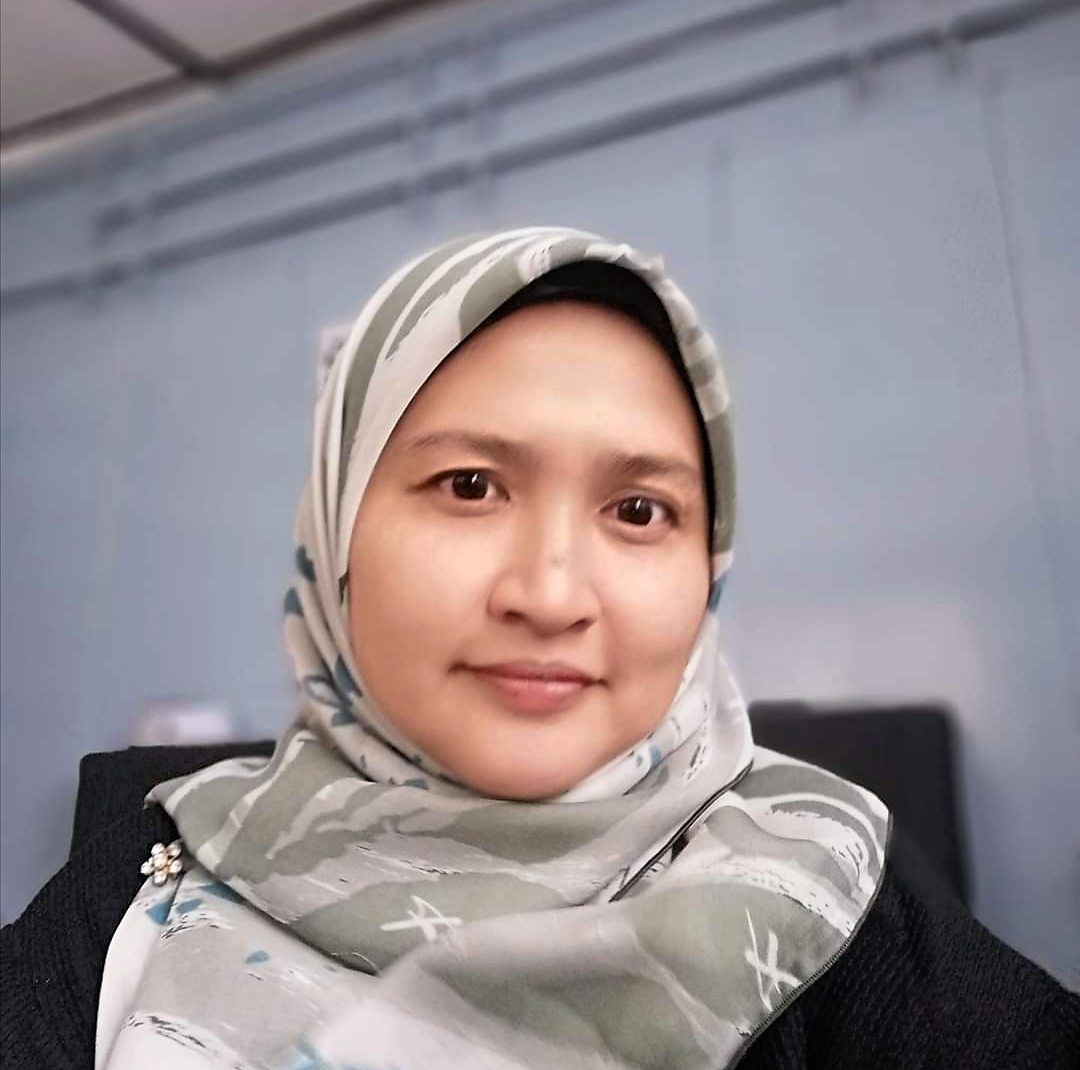 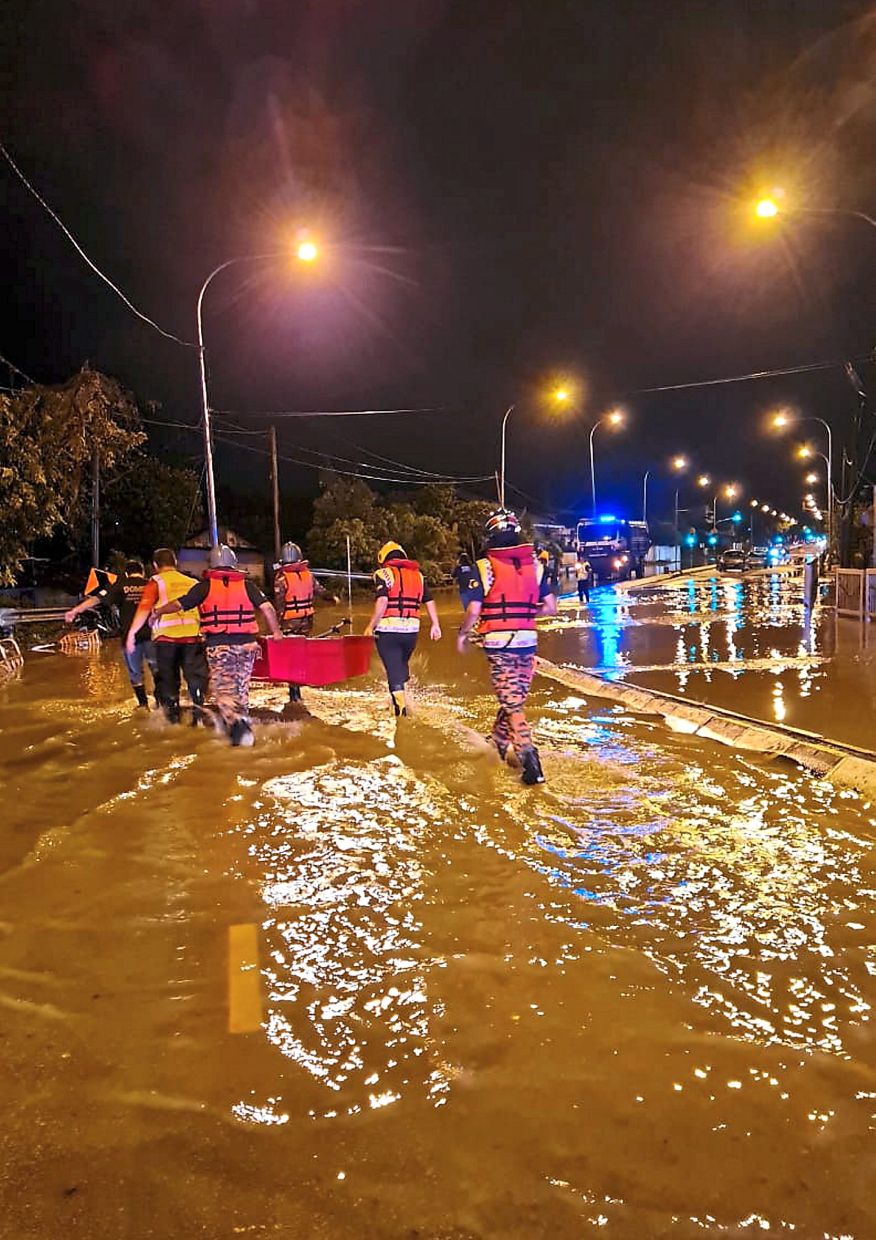 A resident drying out his household items after a flash flood in Bercham, Ipoh.

Meor Razak: The state government should not approve any projects at wetlands, highlands and riverbanks.

Nor Azira: Additional pumps are needed to help water flow at Taman Razaki in Sungai Rokam.

Fire and rescue personel are deployed to help flood victims in Bercham in January.

Draining task: Residents use buckets to scoop out loodwater from a house in Bercham, Ipoh.

Bomba personnel assisting Bercham residents whose homes were hit by floods in January.