IT is that time of the year again when media organisations in Penang receive Chinese New Year presents from various groups. 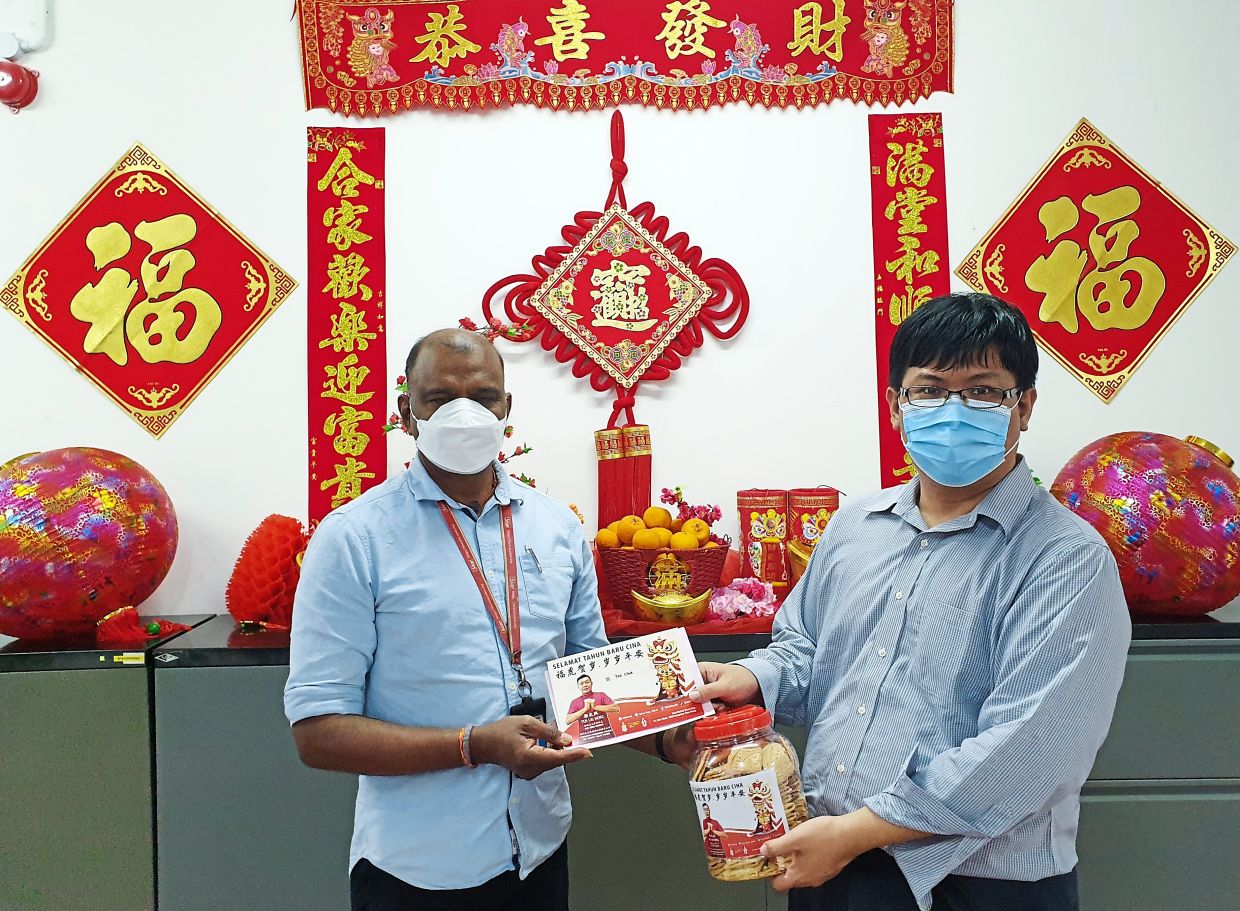 Rajasekaran receiving CNY delicacies on behalf of The Star from Ch’ng.

He delivered Chinese New Year love letters, which were received by Star Media Group journalist R. Rajasekaran on behalf of the company. 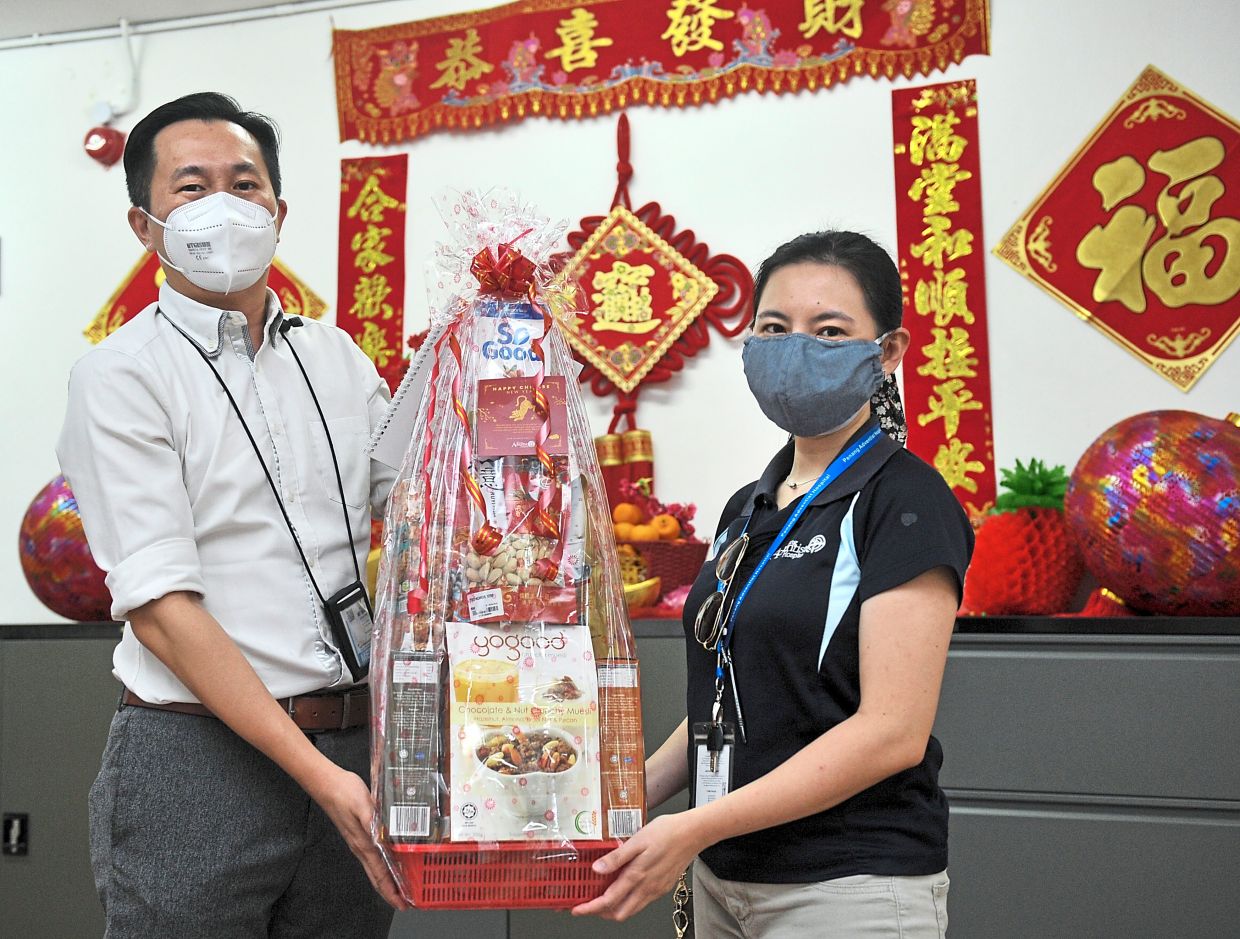 Tan (in white) receiving a hamper from Tean