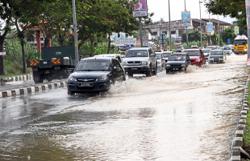 AROUND 100,000 household rubbish bins will be given out to Ipoh folk within five years, says mayor Datuk Rumaizi Baharin.

He said the free rubbish bins would be distributed in housing areas in stages as Ipoh City Council (MBI) wants residents to manage their household wastes properly.

“Usage of rubbish bins must be made a habit among city folk to enhance the quality of the environment.

“The practice of hanging rubbish bags on tree branches and fences should be stopped.

“It not only mars the view of the area but also complicates rubbish collection,” he told a press conference after handing over 400 bins to Kampung Baru Tanah Hitam residents under the MBI programme to turn Ipoh into a clean city by 2023. He added that about 12,000 rubbish bins had already been distributed in numerous areas since July last year.

“Now that they have free bins, we hope residents will not dump waste indiscriminately and create illegal dumpsites,” he stressed.

On Ipoh’s digital infrastructure, the mayor said there would be numerous upgrading works soon.

These, he said, included the installation of underground fibre optic cables.

“In the current era, we need modern infrastructure.

“We will resurface the affected roads once the installation works are complete,” he assured.

Rumaizi added that the city council would seek to expedite completion of the works by September. 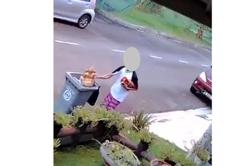