WHILE the silver chariot retained the tradition of depending on two bulls to pull it across the city, the golden chariot was powered by a motorised vehicle this Thaipusam.

It was the first time such a vehicle was used to pull a chariot for Thaipusam in Penang due to Covid-19, said Penang Hindu Endowment Board (PHEB) chairman Dr P. Ramasamy.

“In the past, the golden chariot was pulled by devotees during the festival, but it was decided that a vehicle be used instead to move faster and prevent crowding.

“With only five stops to make throughout the procession, the vehicle helps to speed up the trip. Pulled by a motorised vehicle, the golden chariot makes it way along Jalan Datuk Keramat. In the background is the iconic Komtar building. — ZHAFARAN NASIB and LIM BENG TATT/The Star

“The vehicle has been used in other functions, but it is used for first time to pull the golden chariot,” said Ramasamy.

Yesterday, both chariots took only about four hours to complete the procession and arrive at their respective temples, half the time it would usually take in the past.

The golden chariot, which departed from Sri Maha Mariamman Temple in Queen Street at 6.30am, arrived at Arulmigu Sree Ganeshar Temple in Jalan Kebun Bunga at about 10.30am.

The silver chariot, which left the Kovil Veedu (Temple House) in Penang Street at 7am, arrived at the Nattukotai Chettiar Temple in Jalan Kebun Bunga at about 11.30am.

Strong police presence on the ground ensured compliance of standard operating procedures (SOP) among thousands of devotees who turned up at Little India and along the procession route to both temples some 6km away. The silver chariot is pulled by two bulls.

No offerings were accepted by either chariots and only a minimal number of stops were made as agreed.

Devotees in vibrant clothing who lined both sides of roads chanted vel, vel, vetri (victorious) or Vel, Vel Muruga (Glory unto Muruga) as the chariots passed by.

Strict SOP was observed at both temples, such as limiting to only 3,000 devotees per day.

It was reported that a 1,300-strong enforcement force comprising members of the police, Rela, Civil Defence and Penang Island City Council would be deployed to ensure SOP compliance during the three-day festival from yesterday to tomorrow. 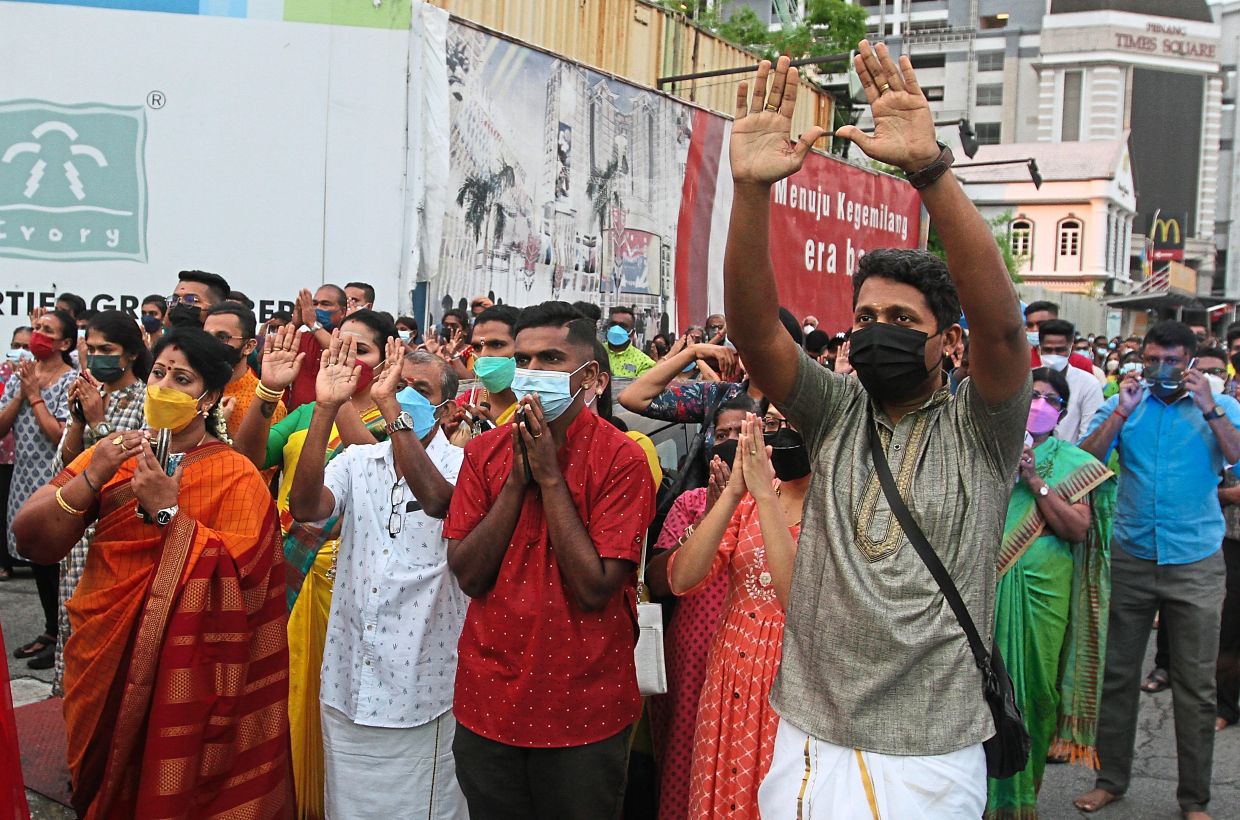 Devotees raising hands and clasping palms in prayer as the silver chariot passes by Jalan Datuk Keramat in George Town.

In the past, Thaipusam was celebrated with much festivity in Penang.

The festival in Penang has been featuring two chariots – instead of one silver chariot – since 2017, breaking a 164-year tradition.

The celebration is kept simple this year under strict SOP for both temples and devotees.

Nattukotai Chettiar Temple managing trustee Dr A. Narayanan said only half of its expected devotees would get to perform their prayers inside the temple due to the limit imposed. 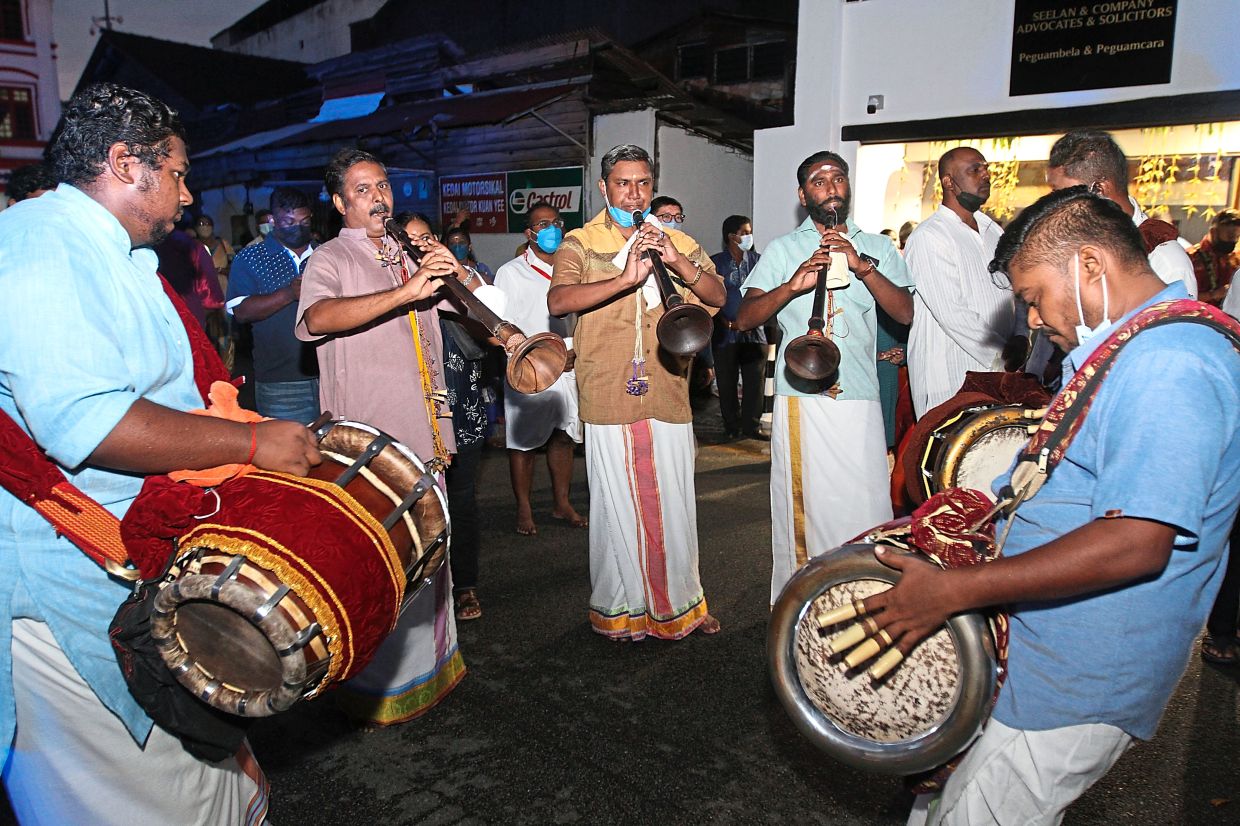 Drummers performing on the street before the departure of the silver chariot from Kovil Veedu in Penang Street.

“On Thaipusam day, we expect between 6,000 and 7,000 devotees to arrive but the temple can only accommodate about 3,000 people throughout the day.

“Only 250 people are allowed at one time and the temple will be closed for 15 minutes every two hours for sanitising.

“Devotees who arrive are only to perform quick prayers and we will be chanting for the wellbeing of the people and nation,” he said.

The temple will open from 8am to 11pm today and up to 5pm tomorrow. 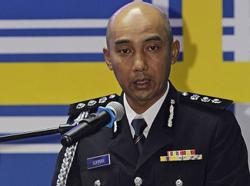