OUG market lots to be reorganised 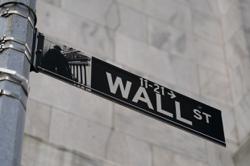 DBKL Corporate Communication Department, in a statement, said the move was to ensure uniformity.

The local authority said it was also to ensure that traders followed the standard operating procedure (SOP) for morning markets as per the National Security Council’s (NSC) guidelines.

DBKL said the traders association managing the morning market and the traders themselves had failed to follow the SOP.

It also noted that there were a significant number of unlicensed traders at the market, causing congestion as many operated outside their lots.

DBKL has received many public complaints on the matter.

The statement also clarified that because of the sudden increase in traders at the market, there was a pressing need to reorganise the lots for better management.

DBKL will repaint and renumber the lots as well as organise them based on the types of goods.

City Hall reiterated that the reorganising exercise was not an impromptu move but was done after several meetings with stakeholders last year.

StarMetro earlier reported that two associations — the Hujan Rahmat 2 Morning Market Traders Association and the Taman OUG Hawkers Association — were in a dispute over the management of the morning market.

Traders alleged that DBKL officers from the Licensing Department had been going around asking traders to state their preference on which association should manage the morning market.

Many interviewed by StarMetro said they were also not happy with the reduction of lots’ size as well as the new locations (of their lots) as it would be an inconvenience.

Old-timers said they had been operating there for decades and wanted to stay put.

Meanwhile, the police are investigating a fight which took place at the morning market on Saturday.

According to investigations, the victim was believed to have been attacked after he took photos of another trader’s stall, which he claimed did not comply with conditions in the business licence. 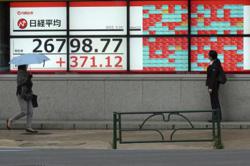