The stone with inscriptions in English, Siamese and Jawi stating “British and Siamese Boundary” is believed to have been erected by the British in 1869, following a treaty between Great Britain and Siam.

Penang Water Supply Corporation chief executive officer Datuk Jaseni Maidinsa said the stone served as a reminder of events that led to the formation of Malaysia as a nation and Penang as one of its component states.

Jaseni said it was crucial for the state to conserve and protect the British-Siamese boundary stone.

“Penang’s status as a state in Malaysia is not only enshrined in the Federal Constitution but has also been set in stone since 1869 near Sungai Muda in Pinang Tunggal,” he said. 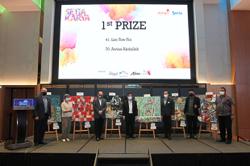