Pengkalan Batu Public Park is one of the ecotourism products along Sungai Klang that has been upgraded through Selangor Maritime Gateway. — Photos: IZZRAFIQ ALIAS and GLENN GUAN/The Star

AFTER clearing over 75,000 tonnes of rubbish from Sungai Klang, those behind the Selangor Maritime Gateway project are now looking at desilting the river.

“We are looking at a desiltation programme to return the riverbed to its original condition.

“One of the main contributors to poor water quality is siltation from upstream and tributaries as well as chemical discharge and industrial effluents that have built up on the riverbed over decades,’’ said Landasan Lumayan Sdn Bhd (LLSB) managing director Syaiful Azmen Nordin.

“By removing it, we are indirectly deepening the river and increasing its water capacity,” he said. Izham (left) and Syaiful Azmen checking on the progress of Mangrove Point in Port Klang. — Filepic

He added that these efforts were not only aimed at improving water quality but also helping prevent major floods like the recent one that hit several parts of Klang Valley.

Selangor Maritime Gateway’s project to clean, rehabilitate and develop a 56km stretch of Sungai Klang and areas surrounding it began in 2016.

It is managed by LLSB, which is a wholly-owned subsidiary of Menteri Besar Selangor Incorporated.

In 2019, a rubbish interceptor sponsored by non-profit organisation The Ocean Cleanup was placed in Sungai Klang to collect floating debris and stop it from reaching the sea.

Waste extraction was a key component during the first phase. 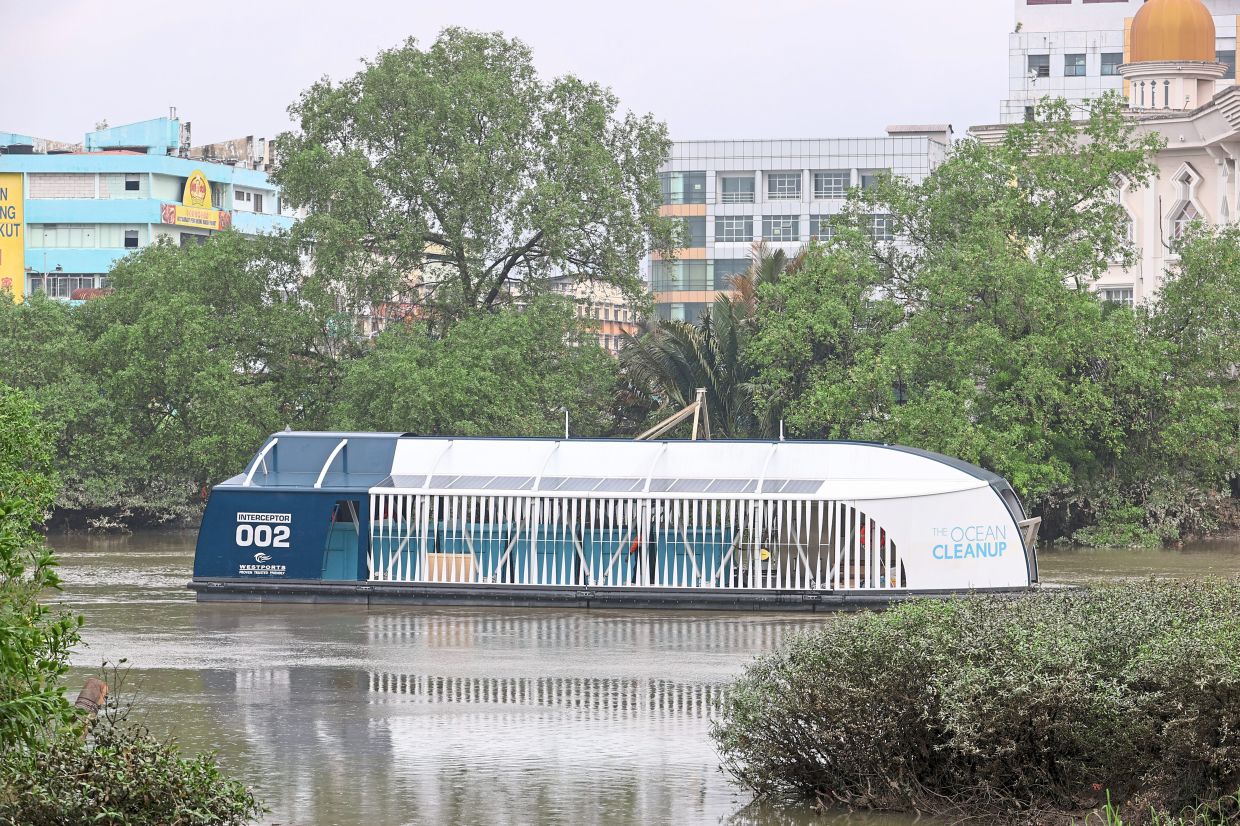 The rubbish interceptor sponsored by The Ocean Cleanup helps to prevent plastics from reaching the sea.

It consisted of 50% organic waste such as water hyacinth, plants, grass as well as tree parts, and 50% inorganic waste.

Plastics accounted for 80% of the inorganic waste while the balance was made up of beverage and food packaging, aluminium, tins, rubber items and textiles.

Selangor Maritime Gateway’s waste extraction efforts resulted in a 33% reduction of waste in the river. LLSB aims to reach at least 40% this year.

“That is one out of three of our key performance index indicators (KPI) for phase one.

“We are also aiming to achieve a water quality index of at least 70% in Class III, and we are now at 52%.“The other KPI is to bring in RM1bil investment, which we have achieved through a partnership with Berjaya Land Bhd. 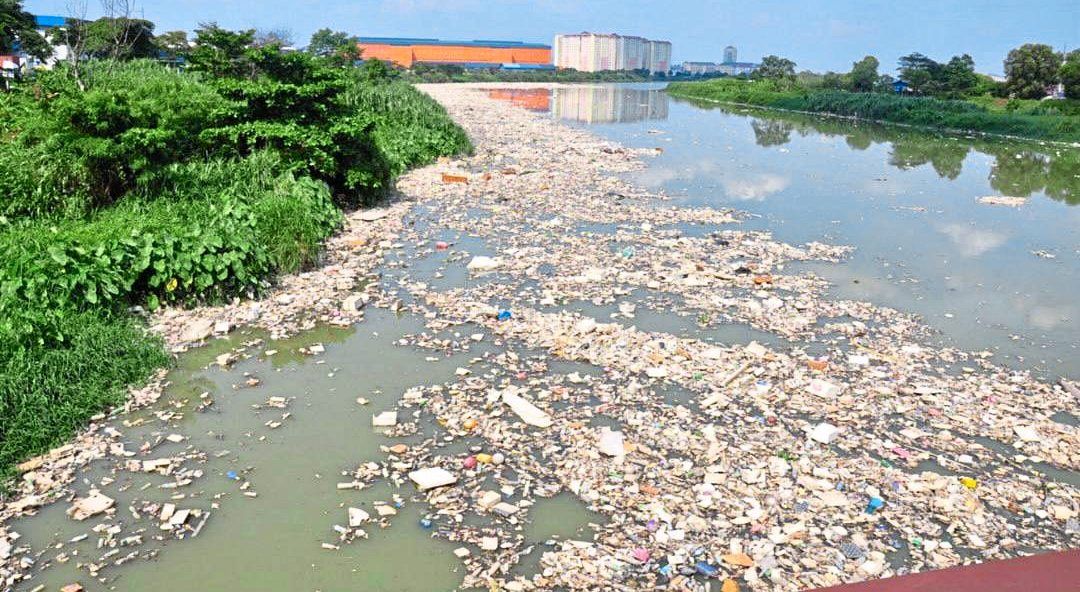 The condition of a section of Sungai Klang in 2016, the year Selangor Maritime Gateway was launched.

“Both parties will be working together to ensure sustainable development of riverfront real estate.

“We will tap into Berjaya’s existing regional experience in river management for higher efficiency in river cleaning such as log boom maintenance and catching floating debris,” said Syaiful Azmen.

Phase two of Selangor Maritime Gateway will involve the rehabilitation of the river and key tributaries such as Sungai Damansara, while continuing with waste extraction activities.

With this Selangor Maritime Gateway project, folks can look forward to more recreational and ecotourism products too, including Mangrove Point which is a park located within a mangrove forest in Port Klang.

Attractions at the 28ha, 90%-complete park include a 1.6km boardwalk, glamping sites and a jetty where visitors can take a river taxi.

“This will be an attractive tourism opportunity when the cruise ships come back. 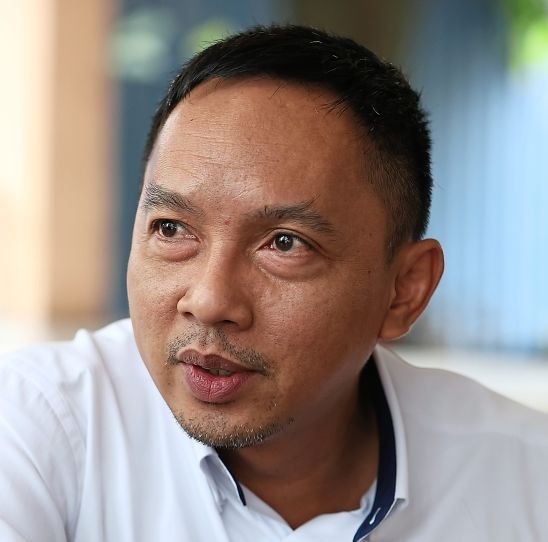 Another segment Selangor Maritime Gateway will focus on is sustainable living projects at the riverfront, besides income opportunities for fishermen and riverside communities.

Other upcoming tourism hotspots along Sungai Klang include a Cultural Village near Pengkalan Batu Public Park in Klang, which has undergone a major facelift.

An Agro Bazaar will also be set up in Shah Alam.

“Rehabilitation of the river is vital as Sungai Klang will become the source of raw water for Selangor with the construction of the Sungai Rasau Water Treatment Plant. 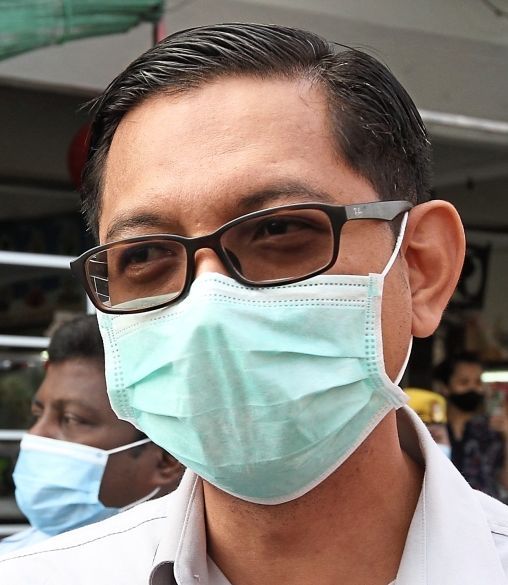 Hasrolnizam: Luas Enactment 1999 will be updated to tackle river pollution.

“A total of 1,400 million litres of water a day will be treated for consumption once the second phase of the treatment plant is completed,” Syaiful Azmen elaborated.

Pengurusan Air Selangor Sdn Bhd will be awarding the remaining packages under Phase One of the RM4bil Rasau Water Supply Scheme early this year.

During the state assembly sitting in December, Selangor infrastructure and agriculture committee chairman Izham Hashim, who is also LLSB chairman, said that between RM4mil and RM5mil would be needed to fund river cleaning works in Sungai Klang.

“Selangor Maritime Gateway should look at tackling river pollution at all tributaries that flow into Sungai Klang. 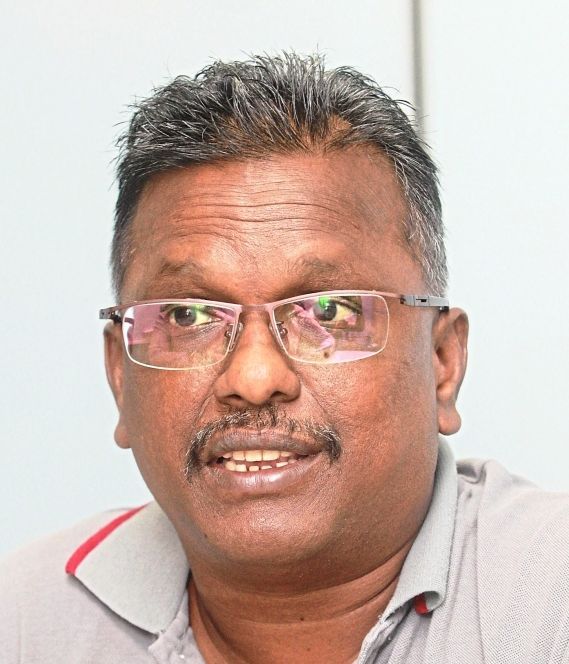 Kalithasan: Housing projects must be carefully planned so they do not add pressure to riverbanks.

“Monitoring pollution at source such as preventing silt flowing into the river and installing silt traps are equally important and should be carried out alongside river cleaning. If not, all the efforts and money will go to waste,” he said.

It was launched in May 2021 in collaboration with Malaysian Global Innovation & Creative Centre (MaGIC).

“Other than diverting river trash from landfills, the solution lies in upcycling rubbish from any river as well as other waste generated in local councils’ areas of jurisdiction,” said Syaiful Azmen.

“We have narrowed the list to five local solution providers and we will announce the best fit for Selangor Maritime Gateway’s river waste upcycling programme soon.

“However, other solutions may be integrated into different parts of the Selangor Maritime Gateway project eventually,” he added.

LLSB will be developing an Environment, Social, and Governance (ESG) framework this year that will be applied to all future projects, starting with Selangor Maritime Gateway.

“This project clearly demonstrates what ESG means and is the way forward for businesses in the next decade,” said Syaiful Azmen.Next year, LLSB plans to expand the river development model to seven other main rivers in Selangor, including Sungai Bernam, Sungai Selangor, Sungai Semenyih and Sungai Langat.

“We also hope to leverage our knowledge in river rejuvenation for other states in Malaysia. 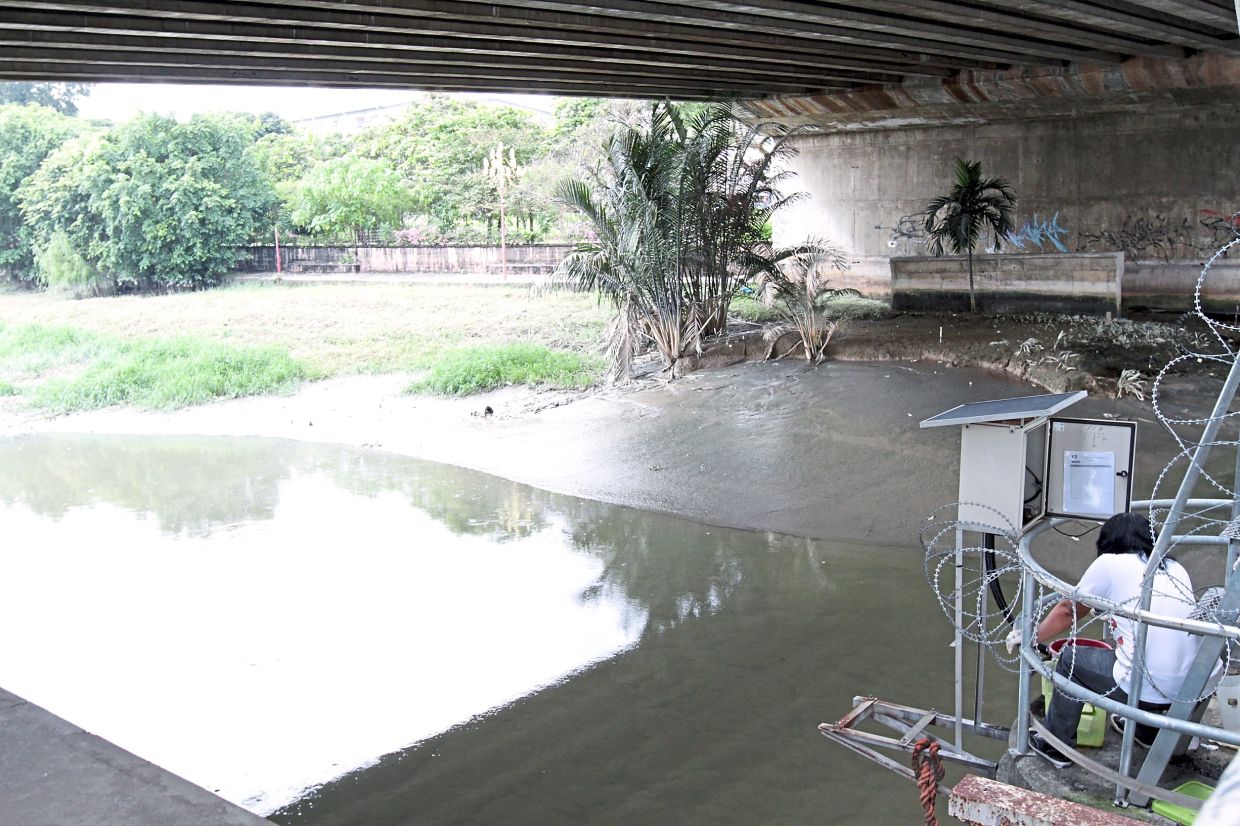 In the next eight to 10 years, LLSB also plans to offer 26,000 residential units along Sungai Klang, half of which will be affordable housing.

GEC’s Kalithasan cautioned that these housing projects must be carefully planned so that they did not add pressure to the riverbanks.

“The projects have to be planned properly to ensure minimal impact on the topography.

“Economic development is important but untoward incidents will cost the state government and people even more,” he said.

Sungai Klang’s cleanliness cannot be maintained if untreated effluents continue to be discharged by factories, business premises and residences.

Selangor Water Management Authority (Luas) is looking at tabling a motion to update Section 44 (1) (b) of the Luas Enactment 1999 to include new guidelines and policies to reduce the impact of river pollution.

Its director Hasrolnizam Shaari said in a statement that they would be recommending two initiatives to the state government by June — the Zero Discharge Policy (ZDP) and Polluters Pay Policy (PPP). 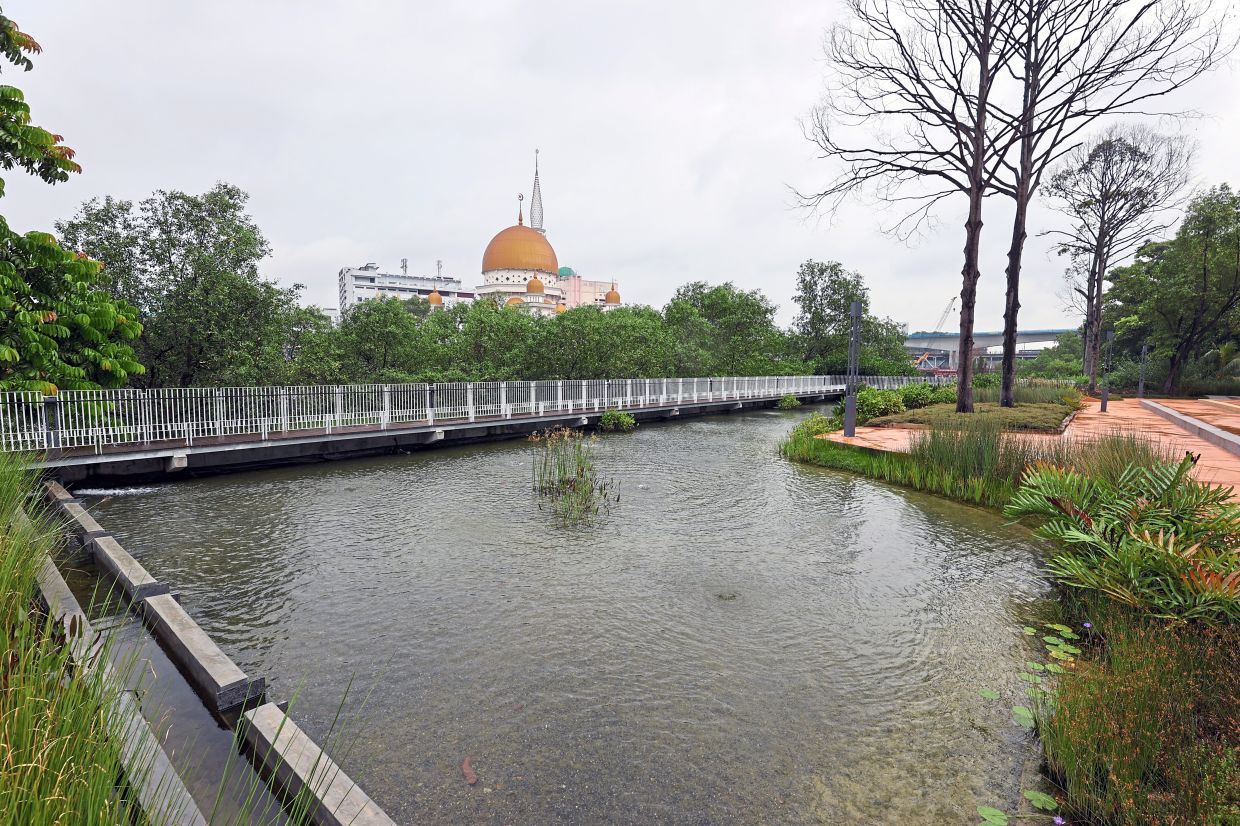 A pond in Pengkalan Batu Public Park which is cleaned through natural filtration by plants.

“Once ZDP and PPP become law, we will implement it along Sungai Klang via the Selangor Maritime Gateway, before expanding to the entire length of the river and thereafter, other rivers in Selangor.

“These measures will help improve water quality in Sungai Klang,” he said.

The ZDP will compel industries and business premises to recycle effluents instead of releasing them into the drainage.

The policy will be enforced with PPP, where those who discharge effluents into the river will have to pay for any amount discharged beyond the regulated limit. 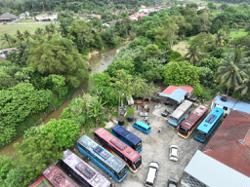