Hui Ging says she has applied to DBKL to renew the liquor licence for her shop but has yet to get it. — Photos: YAP CHEE HONG/The Star

Chinese medicine halls and sundry shops in Kuala Lumpur are urging the local authority to speed up the approval process for the sale of surplus liquor stock in the run-up to Chinese New Year.They say this is the ideal time for them to clear their stocks by including them in festive hampers, which are in high demand during this period.

These retailers are no longer allowed to sell hard liquor from Nov 1, 2021, following a ban by Federal Territories Ministry.

However, they were told they could apply to renew their licence and sell the items to clear old stock.

Their efforts so far have been hampered by the lack of urgency on the part of Kuala Lumpur City Hall (DBKL).

Its president Loh Kim Fong said the association along with other trade associations had jointly submitted an appeal letter to get their liquor licences renewed, so that they could sell the item without worrying about DBKL enforcement officers penalising them.

But there has been no word so far from the local authority.

“The first time we applied, it was rejected.

“We have reapplied and are still waiting for an answer from DBKL.

“During the meetings (with DBKL and Federal Territories Ministry), they assured us it was possible. But time is running out,” said Loh.

“The Chinese New Year period is the best time for us to clear our stock, by including them in festive hampers,’’ he added.

Its Minister Datuk Seri Shahidan Kassim said in Parliament last year that DBKL would enforce the new guidelines with joint enforcement with the police, Customs Department and Health Ministry. 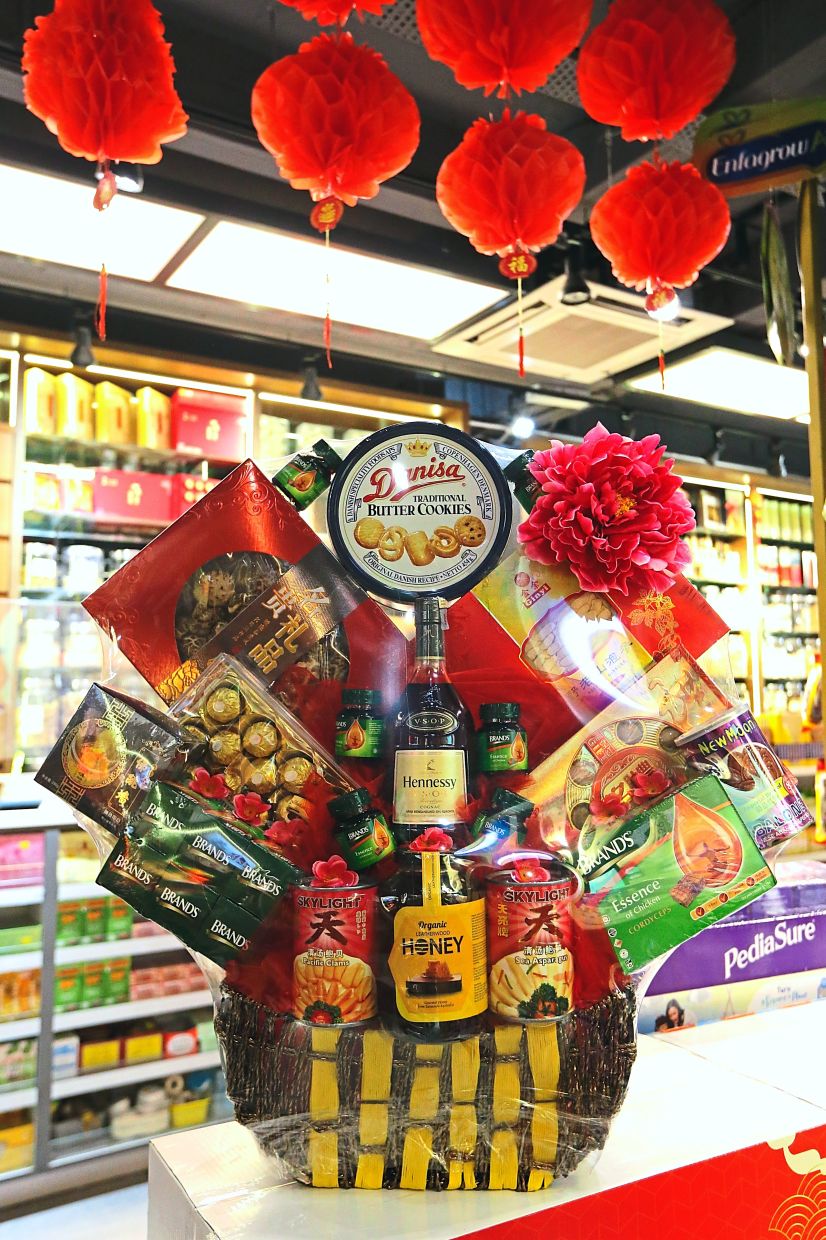 A bottle of liquor adds a premium to a Chinese New Year hamper and elevates the festive gift’s value.

However, Shahidan added that those whose liquor licences had expired could appeal to the Excise Licensing Board of the Federal Territory of Kuala Lumpur.

Many retailers who were affected by the ban submitted their appeals.

But they are still waiting for the green light allowing them to sell liquor for the upcoming festival.

One such retailer is Loh Hui Ging who runs a Chinese medicine shop in Overseas Union Garden.

“We have applied (to renew) our liquor licence but we are still waiting,” she said, adding that business had been slow, with a 50% drop in sales this year.

“Even the sale of hampers has dropped significantly,” said Hui Ging. She said that although customers were still ordering hampers as Chinese New Year gifts, there had been a big drop in the amount spent per hamper.

“Even corporate companies are cutting down,” she said.

Another retailer, operating in Taman United, off Jalan Kelang Lama, who did not wish to be identified, said his business had been badly affected by the Covid-19 pandemic and the ban on the sale of hard liquor made it worse.

He said the business had suffered losses of up to 70%.

“This Chinese New Year period is a time for us to break even, and we can only do so if we are allowed to sell liquor through our hampers,’’ he said.

“A hamper without liquor is like soup without salt,” said Kim Fong, a retailer in Kuchai Lama, when asked about the significance of hampers that came with liquor bottles.

“It is always the most coveted part of the hamper basket, and with the higher priced hamper, you can be assured that the liquor bottle will be the most expensive item,” he said.

“A liquor bottle adds a premium to a hamper.

“Before Covid-19, we used to sell more than 2,000 hampers during the two weeks before Chinese New Year. Now, we are only able to sell around 200,” said Hui Ging.

She said that in eight out of 10 orders, customers who requested for a custom-made hamper would want a liquor bottle as the main item.

“Limited-edition liquor bottles are the most popular,’’ she said, adding that hamper prices ranged from as low as RM100 to as high as RM8,000.

A retailer from Cheras, who only wanted to be identified as Lam, said he had a room full of liquor bottles that needed to be cleared soon as he still owed thousands of ringgit to his supplier.

“He is a friend, so he is not pushing me (for payment) yet.

“But I am hoping that I can clear the stock during the Chinese New Year period,” he said.

When contacted, Kuala Lumpur Excise Licensing Board chairman Datuk Jason Lau Beng Wei said he had already discussed the matter with DBKL, but was still awaiting the Licensing Department’s go-ahead to allow retailers to sell liquor.

StarMetro’s attempts to get comments from DBKL’s Licensing Department were futile, as calls and text messages went unanswered.