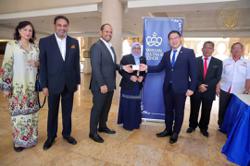 Johor Baru City Council (MBJB) has spent RM20,000 on the monthly clean-up of Sungai Tebrau, as part of the efforts to rehabilitate the river.

Mayor Datuk Noorazam Osman said the main cause of the river pollution was the lackadaisical attitude of the public in indiscriminately dumping rubbish — mostly plastic — into the river.

“We are optimistic that we can clean the river with the traditional method of collecting rubbish by using river booms, but the irresponsible act of throwing waste into the river must stop as well.

“There has been an average of 30 tonnes of waste collected from the main river and about 15 tonnes from the tributaries.

“What concerns me is that this figure never seems to decline,” he told reporters after the Champions Walkathon and Ride lucky draw ceremony at Dewan Cempaka in Menara MBJB.

Noorazam said the clean-up was concentrated from the Pandan flyover to the Sungai Tebrau riverbank. 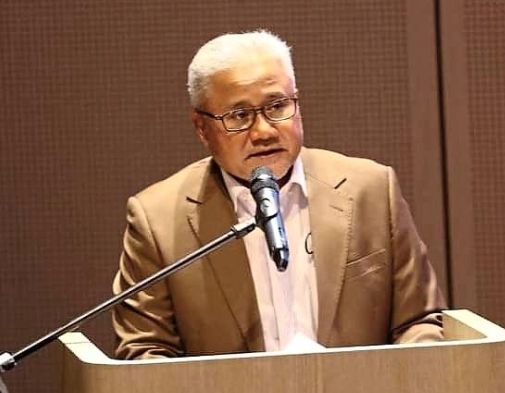 Noorazam says MBJB is optimistic that it can clean up Sungai Tebrau but the public’s irresponsible act of throwing waste into the river must stop.

“Once, we even managed to collect five broken refrigerators in one day,” he said, adding that another source of pollution was illegal dumpsites where rubbish is flushed into the river during a downpour.

Noorazam said the city council was willing to assist companies and individuals who need help in disposing of their rubbish as long as they did not discard it into the river.

He was also asked to comment on Johor Ruler Sultan Ibrahim Ibni Almarhum Sultan Iskandar’s disappointment over the level of pollution along the banks of Sungai Danga.

“The meeting was held to look at the bigger picture of the best way to tackle this ongoing issue.

“We have given our commitment to play our part in cleaning up Sungai Danga.

“I have also proposed to the state government to allocate funds for the district office to clean up waste that is on land because it will end up in the river,” he said, adding that the city council was expected to start the clean-up soon. 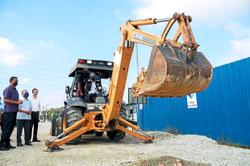