AS THE year kicked off, Covid-19 cases started rising around the country once again.

However, the announcement on the roll-out of mass vaccinations, which gathered steam mid-year, helped provide a glimmer of hope to Petaling Jaya folk who were tired of a neverending cycle of movement control orders, and provide a boost for businesses that has been struggling with the pandemic.

Targeted aid from the federal and state governments, as well as temporary permits given out to traders in certain areas in Petaling Jaya, also acted as a stimulus for those affected by the pandemic.Immunisation programme

The mass vaccination programme for residents living in areas under enhanced MCO in Selangor was first introduced in Petaling Jaya.

In July, above-18 residents of Mentari Court, regardless of their nationality and status of documentation, were vaccinated.

At the height of the pandemic, there were over 500 positive cases at the apartment blocks.

In the more seasoned areas such as Petaling Jaya Old Town, where many senior care homes were located, there were calls for authorities to vaccinate the elderly and their caretakers.

This was quickly done, and authorities assisted by vaccine support volunteers also visited othercare homes and those out-of-the-way areas in the district to ease the vaccination process. Pasar Sentosa in Section 17 now has large murals painted over the walls. The visual consists of eight selected main markets around Petaling Jaya.

In the meantime, Petaling Jaya City Council (MBPJ) in October rolled out a more compassionate approach towards the city’s stakeholders and offered a waiver for assessment tax or a rebate to owners of business premises whose tenants moved out during the pandemic.

The council also offered temporary permits to 802 traders in Petaling Jaya, including 41 operating along Jalan PJS 2D/1 in Taman Medan. The permits are for a three-month period, to be renewed on a monthly basis.

The stakeholders learned about the proposed plan after MRT Corp gave them an online presentation in August. 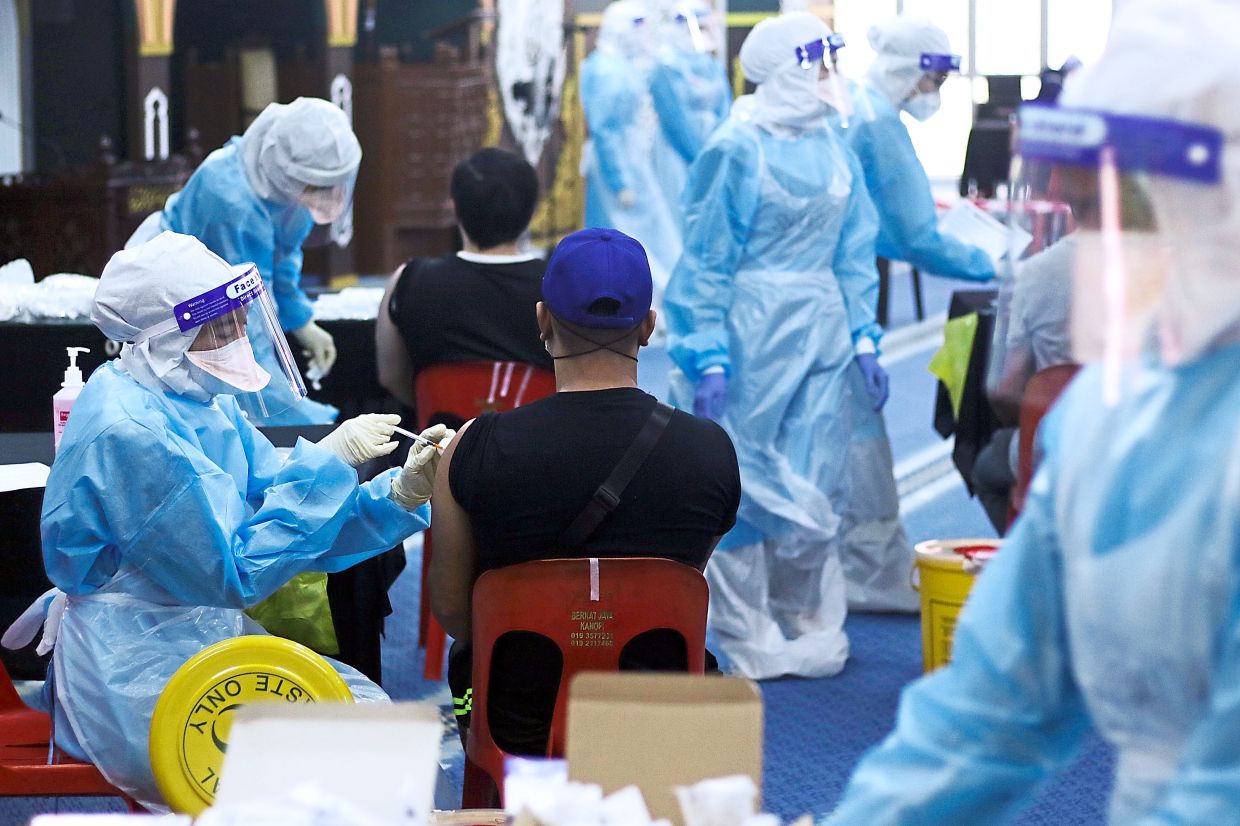 Mentari Court residents getting their vaccination following an outbreak of Covid-19 cases in July.

In an April 14 article, The Star reported that a third MRT line would play a crucial role in cutting short the distance for those who need to transfer between MRT lines (Kajang and the upcoming Putrajaya line) and LRT lines (Kelana Jaya and Ampang/Sri Petaling) as well as the KTMB Komuter.

In response to protests by nearby residents, the company reiterated that the alignment had yet to be finalised, with Bukit Gasing assemblyman Rajiv Rishyakaran stating that the proposal had not yet gone through the required public display and government approval processes. 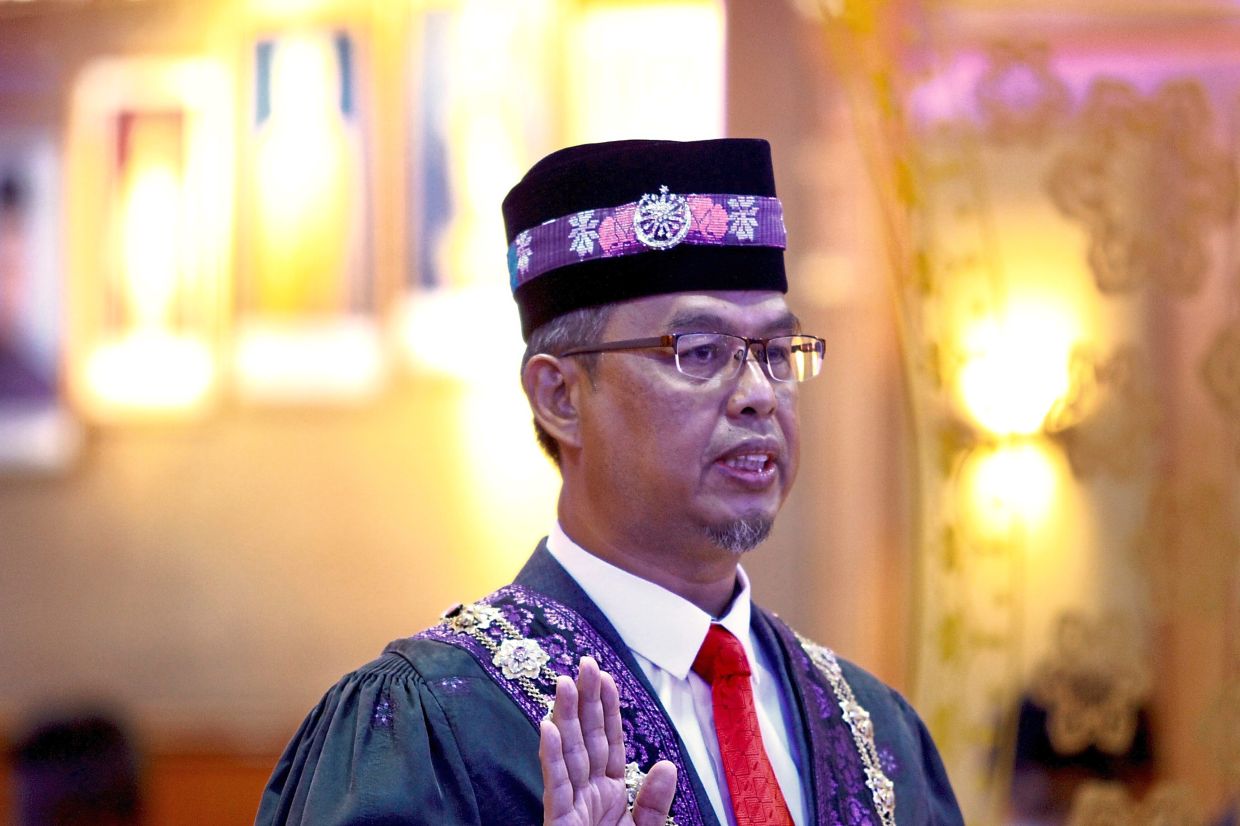 The first version only passes Jalan Universiti, while the second and third proposals pass through Jalan Gasing and Jalan Universiti using different alignments and coming from different directions from the Kuala Lumpur side.New mayor at the helm

The year saw a new mayor for Petaling Jaya, with Mohamad Azhan Md Amir assuming the role effective Oct 21, taking over from Datuk Mohd Sayuthi Bakar, who left in May to serve as Immigration Department deputy director-general (operations).

He has 24 years of experience in the civil service at state and ministry levels.

Pet owners who frequent the Central Park in Bandar Utama, Petaling Jaya, were upset when they saw a notice for the landowner to remove the structures erected for the dog park in October. 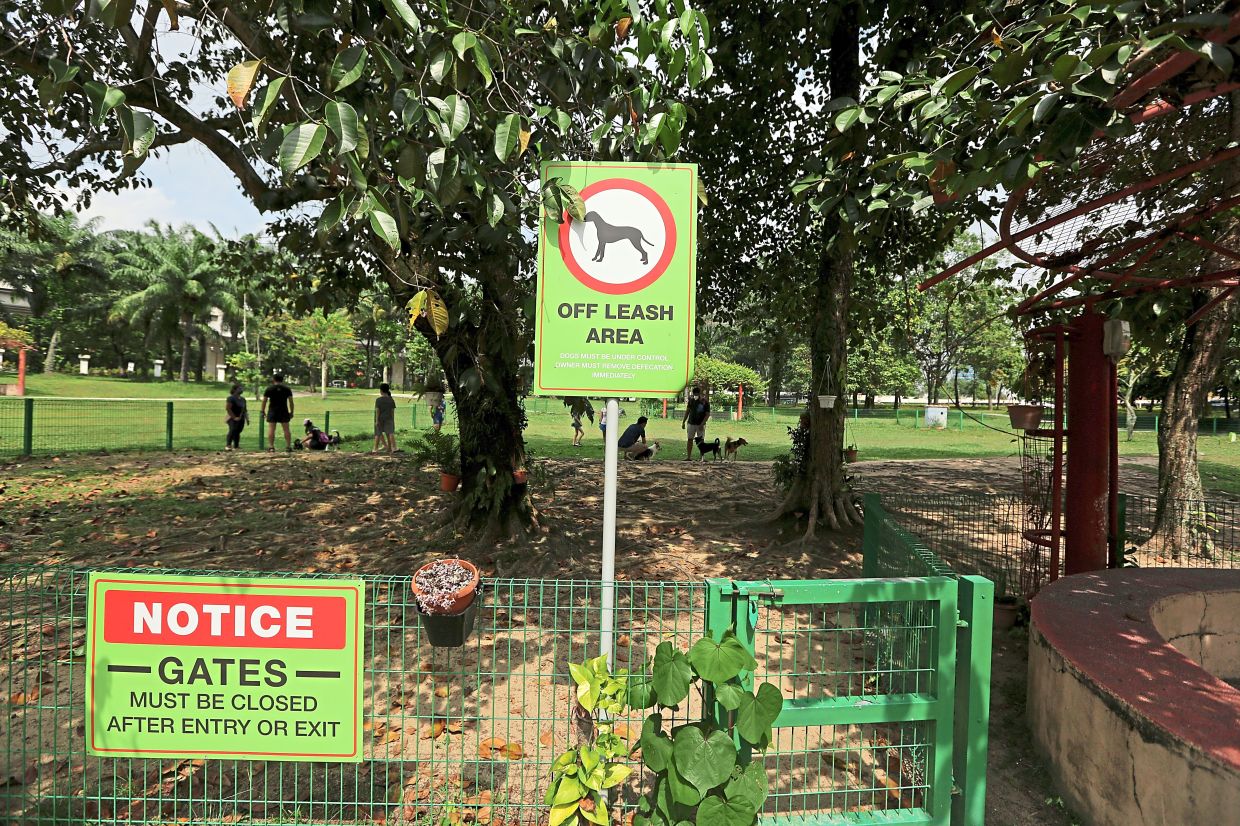 Thousands of pet lovers and park users signed an online petition to retain the dog park at Central Park in Bandar Utama.

A council spokesperson said the structures were erected without MBPJ’s approval.

Meanwhile, thousands of pet lovers and park users signed an online petition to retain the park.

Their area councillor Danny Chan confirmed that as of now the park was still open to pet owners and the matter would be settled amicably between the council and the landowner as many were fond of the park and there were no other dog park in the city.

The city council has embarked on a project to improve the conditions at some wet markets in the city.

So far, Pasar Sentosa in Section 17 and Pasar Taman Megah in SS24 have been transformed into modern wet markets that attracted both the young and old.

The Section 17 market had beautiful murals that attracted the young who were always looking for Instagram-worthy places to visit.

The Taman Megah market was extensively renovated and now boast a wet and dry section, with high ceilings, attracting both vendors and customers.

The same could not be said for the Pasar Besar Jalan Othman, better known as the PJ Old Town Market.

It is struggling to attract customers and vendors after the council vetted the business owners there.

As a result of several lockdowns at the market due to the Covid-19 outbreak among the traders and a rodent infestation problem, the council got tough on enforcement.

Business owners who breached MBPJ rules had their licence terminated. Council rental for the lots was also readjusted.

Most business owners at the market were given new lots depending on the type of business and based on the council’s new business layout.

At the SS2 market, members of the public, in September, were irked by new standard operating procedures introduced requiring them to pay RM1 (refundable) for laminated card bearing numbers given out to keep track of the number of visitors.

Marketgoers had hygiene concerns as it involved physical contact between them and the person distributing the cards.

Following protests, the system was terminated but reintroduced later.