Aerial view of the flood in Kota Tinggi, which was among seven districts that were inundated in January.

THE start of the year was sad and gloomy for Johor because of problems arising from Covid-19 and floods, which affected thousands of people. The floods forced more than 5,000 people to seek shelter at 53 temporary relief centres in the affected districts, where three lives were also lost.

It was detected when many villagers smelled a gas-like stench coming from a nearby river.

Four women were sent to hospital after experiencing nausea and breathing difficulties due to the contamination.

Authorities have since arrested eight suspects over the chemical pollution and identified a lorry storage premises to be the source of pollution.

Swabbed for entry into Singapore

On Jan 22, Singapore began imposing a mandatory rapid testing for Covid-19 on all commercial vehicle drivers entering the republic through the Causeway and Second Link.

The move saw thousands of truck drivers having their nasopharyngeal samples taken for the antigen rapid testing kit (RTK-Ag), which gives results as quickly as 30 minutes. Only those who tested negative were allowed to enter Singapore.

The Singapore government then suspended the Reciprocal Green Lane (RGL) with Malaysia on Feb 1.

Malaysia and Singapore started the Periodic Commuting Arrangement (PCA) and RGL on Aug 17, 2020, which allowed 400 Malaysians and Singaporeans to travel between the two countries every week on official and business matters.

On Nov 29, Malaysia and Singapore announced the reopening of their border under the Vaccinated Travel Lane (VTL) for both air and land after both countries’ adult vaccination rate exceeded 95%.

Datuk Adib Azhari Daud, who was the Johor Baru mayor at the time, was arrested by MACC for alleged bribery.

He was remanded for six days before being released on bail.

His arrest led to the appointment of present Johor Baru mayor Datuk Noorazam Osman, who became the 13th mayor.

Only 13 of them survived during the incident, which occurred around 4.30am on Dec 15.

In the battle against the Covid-19 pandemic, the state government in May allocated RM2.8mil in additional aid to all 56 assemblymen, with each of them receiving RM50,000.

In June, the Johor government rolled out its third and largest economic stimulus package worth RM241mil to boost pandemic management efforts and provide financial relief to the people.

It then allocated an additional RM11.1mil for all assemblymen and state constituency special coordination committees (JPKD) to help those hit hard by the pandemic.

During the state assembly meeting held at Bangunan Sultan Ismail in August, Johor Mentri Besar Datuk Hasni Mohammad announced an extra RM150,000 for each of the 56 assemblymen and RM100,000 for the 27 JPKD.

This was followed by the tabling of Johor Budget 2022 in November, during which Hasni announced that the assemblymen would receive RM200,000 annually so they could take better care of their constituents.

They would also receive an additional RM50,000 a year to help organise celebrations for major festivals.

On next year’s state budget, Hasni said it would be a deficit one with approximately RM1.95bil to be spent on various initiatives and projects.

Sultan Ibrahim also called on teachers in the state to set a good example for their students by getting vaccinated while Tunku Mahkota Johor Tunku Ismail Ibni Sultan Ibrahim met with a group of teachers who had refused to be vaccinated.

Sultan Ibrahim officially declared Pasir Gudang a city after witnessing the handing over of the instrument of proclamation by Housing and Local Government Minister Datuk Seri Reezal Merican Naina Merican to Hasni.

Pasir Gudang, which was declared a municipality on July 1, 2008, was a former fishing village that has since been transformed into one of Malaysia’s biggest industrial zones as well as a major contributor to Johor’s growth and progress.

In sports, Johor, which was supposed to host the Malaysia Games (Sukma) this year after it was postponed because of Covid-19, will now play host in 2024.

The proposed Kuala Lumpur-Singapore high-speed rail (HSR) project was shelved by Putrajaya and the island republic, which decided to let the HSR agreement lapse on Dec 31, 2020, after negotiations and several discussions failed to yield acceptable outcomes.

When it was proposed, the HSR was touted as a bridge between two of South-East Asia’s most vibrant and fast growing economic engines, seamlessly connecting eight cities or growth centres (seven in Malaysia, with Singapore’s Jurong East).

The 350km rail link would have shortened travelling time between Singapore and Kuala Lumpur to 90 minutes, compared with the four-hour journey on road.

Following the cancellation of the project, Malaysia paid S$102.8mil (RM320.27mil) to Singapore for costs incurred for the development of the Kuala Lumpur-Singapore HSR project and in relation to the extension of its suspension.

The two countries reached an agreement on the amount following a verification process by the Malaysian government.

This amount represents the full and final settlement in relation to the termination of the bilateral agreement on the HSR project on Dec 31, 2020. 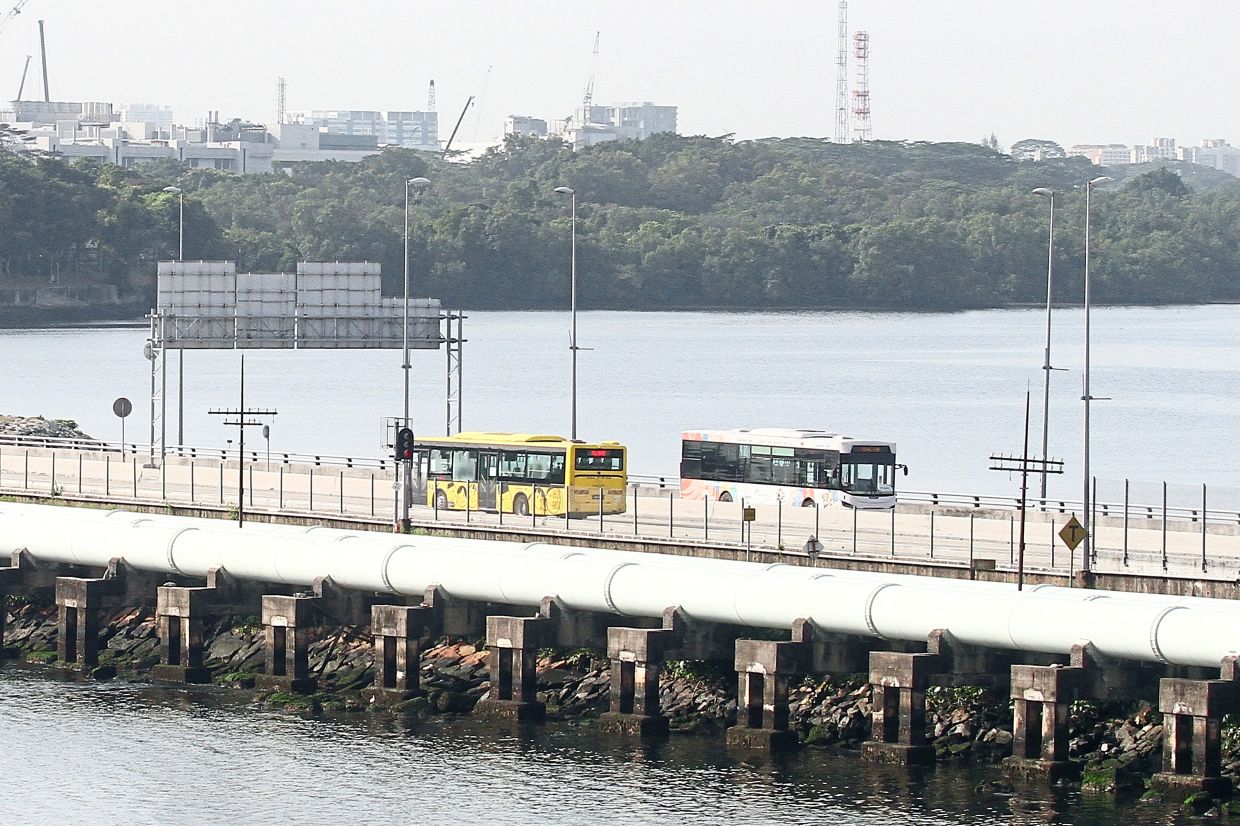 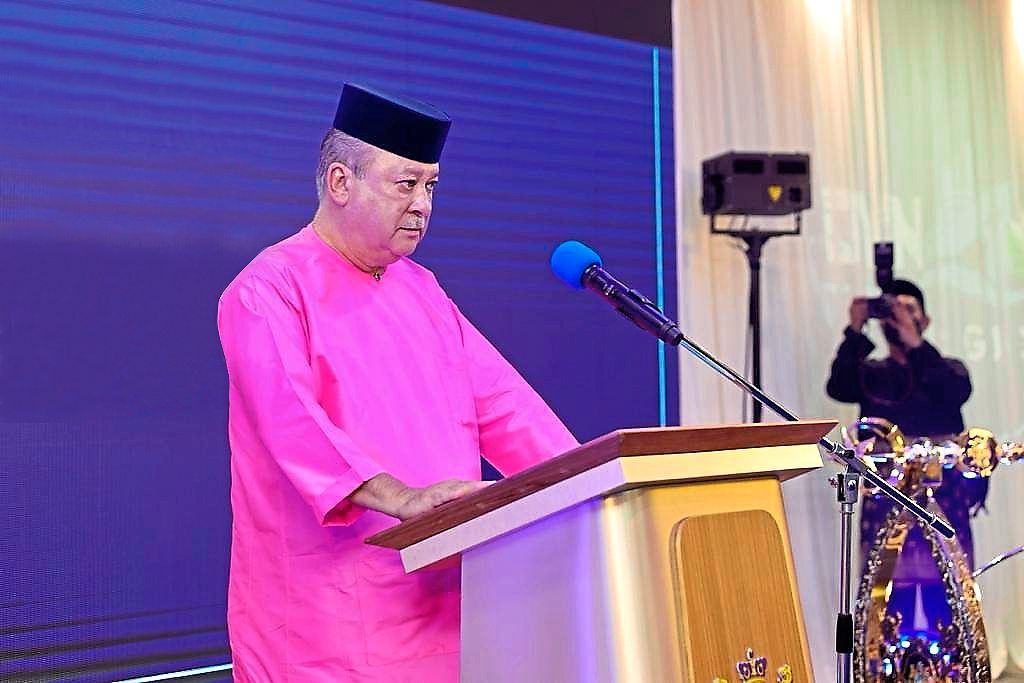 Buses ferrying travellers on the Causeway under the Vaccinated Travel Lane scheme between Malaysia and Singapore.

Azhari being arrested by the MACC for alleged bribery.

Pasir Gudang is the third council to achieve city status after Johor Baru and Iskandar Puteri.