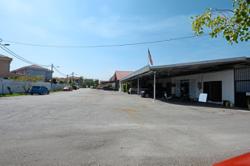 Wei Xuan and her parents (standing behind her), together with representatives from Malaysia Book of Records, Steinway & Sons Malaysia and Bentley Music Academy.

Wei Xuan, who is a student of Bentley Music Academy and SJKC La Salle, started learning to play the piano at four.

Since the beginning of 2020, Wei Xuan has been winning numerous local and international competitions in her age group.

Her ability and long list of accomplishments over the past two years have not gone unnoticed.

The awards were presented to her in a special ceremony at Steinway & Sons Malaysia’s Spirio Lounge at Wisma Bentley Music, Mutiara Damansara in Petaling Jaya, Selangor.