Its chairman Datuk Tan Teik Cheng said the farmers’ vegetable farms had suffered through many floods, resulting in their hard work being ruined.

“Their harvest plummeted. The vegetable seedlings that were originally thriving were washed away during the floods.

“However, the state government has never helped these poor vegetable farmers,” he claimed.

Teik Cheng said the farmers had repeatedly lodged complaints with state representatives and MPs, and even asked Chief Minister Chow Kon Yeow to help solve the flooding problem that had persisted for more than 30 years.

“However, the state turned a deaf ear to their complaints and the problem has not been resolved,” he claimed.

Teik Cheng was speaking to reporters when he visited the farm in Kampung Pertama on Tuesday.

Teik Cheng said the prices of pesticides and fertilisers, which have increased by about 20%, have caused vegetable farmers to face even greater losses.

“In addition to the seedlings being washed away in the floods, the fertilisers were also washed away.

“This caused weeds in the farmland to absorb nutrients and thrive.

“The vegetable farmers have to pull out the weeds and wild vegetables that grow after each flood, which adds more burden to their farm work.

“It is understood that the Drainage and Irrigation Department failed to open the floodgates in time to drain the water each time there was a flood.

“Although the state is aware of the problem, it has not taken any action to solve it,” he claimed.

Teik Cheng called upon the state government to take the problem seriously and suggested that the DID add a water pump to the sluice.

“This is so that when the sluice gate is unable to open during high tide, the pump can drain the excess rainwater out to the sea to prevent frequent flooding of the vegetable farm due to the inflow of river water.

“It is estimated that there have been more than 10 floods here this year.

“Each time it rains, there will be a flash flood. Our crops get spoiled and we suffer a big loss.”

Another farmer, Tan Ngat Sin, 61, called upon the state government to help them solve the problem once and for all.

“There have been more than 10 floods here in the past three months,” she said.

Seberang Jaya assemblyman Dr Afif Bahardin had visited the farm before when he was the state agriculture and agro-based industry committee chairman. 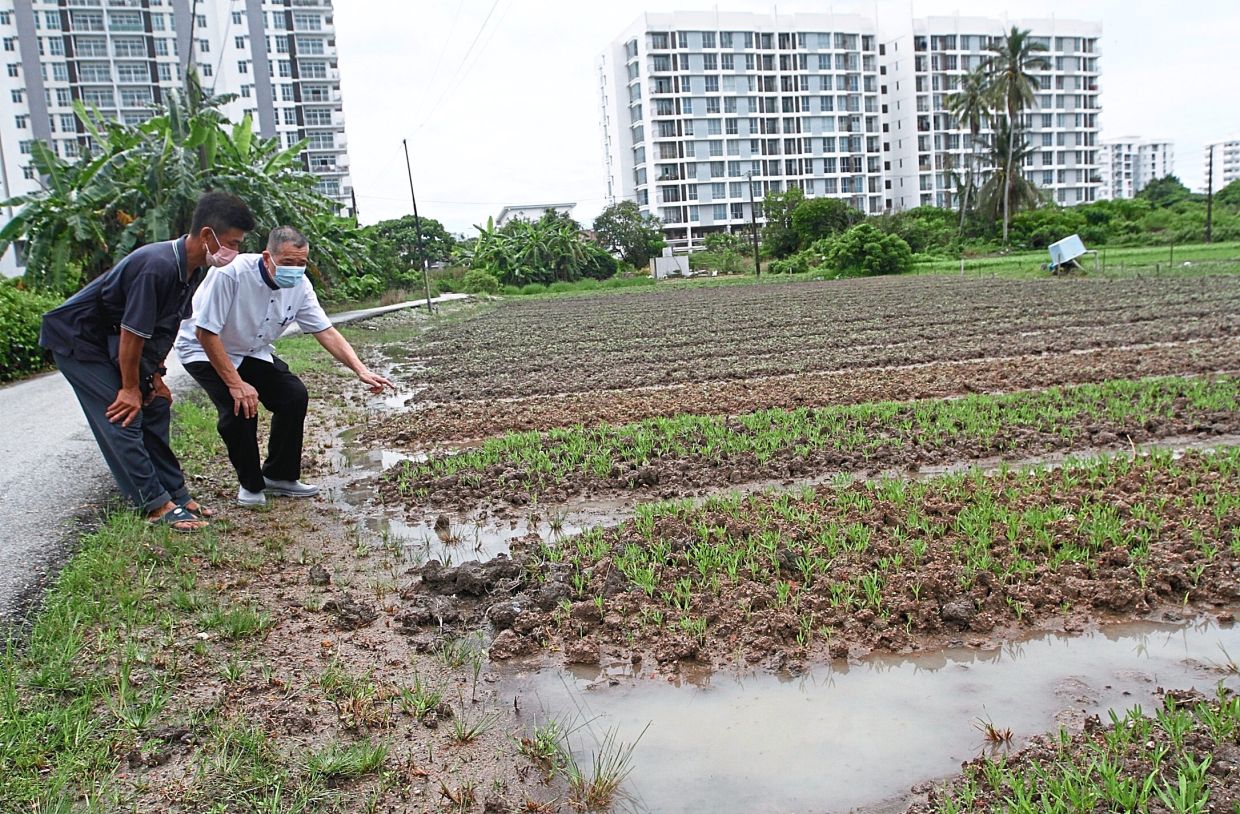 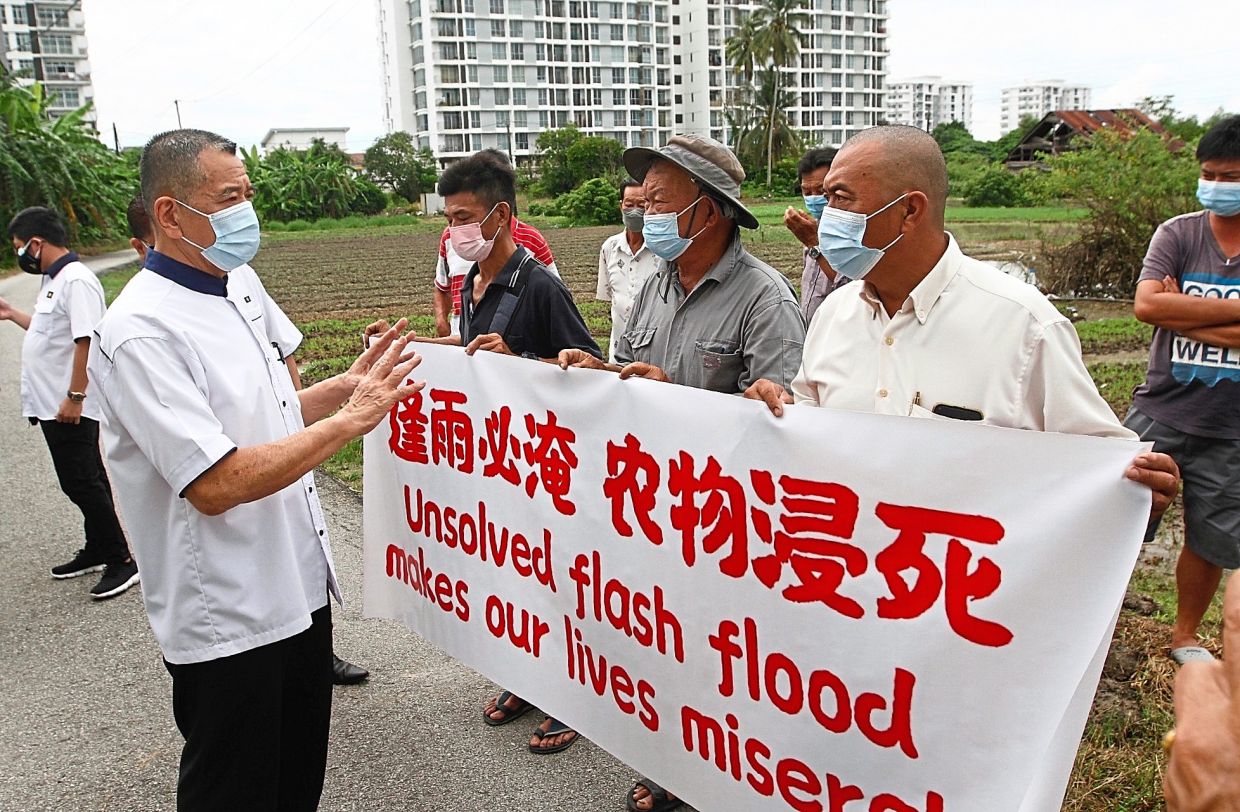 Teik Cheng (left) talking to farmers who are holding a banner highlighting their flood misery.

Wild grass growing among the spinach greens after the floods hit the area. 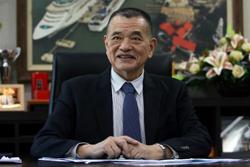