PENANG Port Sdn Bhd (PPSB), which operates passenger boats at the Swettenham Pier, will not increase frequency of the boats as they are currently running at full capacity.

PPSB chief executive officer Datuk Sasedharan Vasudevan said since Penang entered Phase Four of the National Recovery Plan (NRP), the boats which were earlier operating at a 20% to 30% capacity due to physical distancing, were now running at 100%.

“Since there was no increase in number of passengers when interstate travel was allowed, we do not expect any changes in the figures during the coming festive season.

“However, if the need arises we still have one more passenger boat on standby to be used if there is a bigger number of commuters,” he said.

Consumers Association of Penang on Nov 16 had urged PPSB to review its passenger boat schedule as the two-hour interval trips inconvenienced commuters.

Sasedharan denied that there was a two-hour interval as there were three boats plying during peak hours within short intervals.

“Work will be completed by mid-2022 after which we will be looking into bringing the water buses and ferries for two wheelers,” he said.

The upgrade works of both the ferry terminals and procurement of the water vehicles are expected to cost RM80mil.

The iconic Penang ferries ceased operation on Dec 31 last year, with only a single ferry carrying motorcyclists plying from the ferry terminal between the island and the mainland. 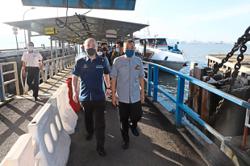 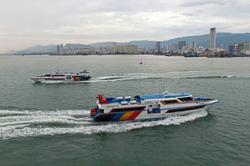