The rice dispensing machine, which is placed at Rumah Prihatin@Grand Seasons in Jalan Pahang, Kuala Lumpur, allows each person to take home up to 3.2kg of rice every three days using their MyKad.

The machine operates from 9am to 8pm daily, said Che Samsuzuki during a Deepavali celebration organised by Rumah Prihatin@Grand Seasons and Pergerakan Belia Inspirasi in collaboration with the Malaysian Association for the Blind (MAB).“Rumah Prihatin has various activities for the needy and this has benefited 70,000 people since its inception in July.

“The welfare organisation has helped the hardcore poor, homeless and students as well as frontliners who needed a place to freshen up while changing shifts during the movement control order period,” he said.

At the Deepavali event, Rumah Prihatin@Grand Seasons also donated 30 packs of dried food supplies to the poor, in collaboration with Pergerakan Belia Inspirasi and MAB.

Che Shamsuzuki said the department had reached out to people in 20 localities in Kuala Lumpur that were affected by the Covid-19 pandemic, with some 93,700 food baskets donated. Che Samsuzuki says Rumah Prihatin has benefited 70,000 people since its inception in July.

On top of that, Dapur Prihatin at Rumah Prihatin@Grand Seasons hands out 1,000 food packets to the underprivileged each day.

“For just RM30 a day, those who are travelling and need a place to stay urgently can head to Rumah Prihatin,” said Che Shamsuzuki.

“We allow only 3.2kg of rice (for each recipient) once every three days.

“Anyone in need with a MyKad can receive this aid.

“The service stops at 8pm daily but if anyone comes after that, they can ring the bell by the machine and one of our officers will then attend to them.

“We also monitor the recipients through CCTV cameras to make sure the service is not abused,” he added. 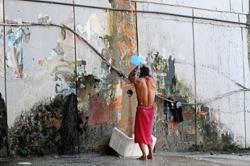 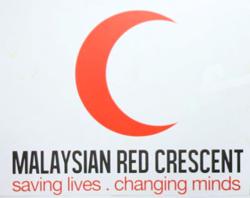