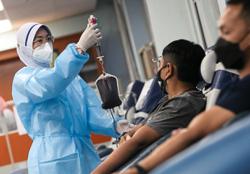 Visitors to Plaza Arkadia donating blood at the donation drive on Nov 13.

With hospitals returning to normal and operations being scheduled, hospitals are in need of blood, she said.

“The response at the donation drive was very encouraging,” said Yeoh, who hoped that those who were healthy would come forward and help save lives.

She added that this was the third blood donation drive in the constituency since the Covid-19 pandemic started.

The two earlier events were held in Mont Kiara and Taman Bukit Maluri.

Yeoh also said that many community programmes were being organised in the constituency since Kuala Lumpur moved to Phase Four of the National Recovery Plan.

To ensure people’s safety, she said most programmes were organised outdoors for maximum ventilation in addition to complying with Covid-19 standard operating procedures.

“The Kepong Health Office also set up a booth to raise awareness of various health problems,” he said. — By VIJENTHI NAIR 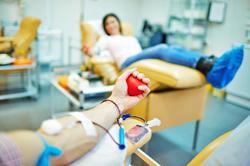