Hasni (centre) listening to a briefing by Irda officers on the road upgrading project from Serkat to Tanjung Piai. Looking on is State Secretary Datuk Azmi Rohani (right).

TRAVELLING to Pontian from Johor Baru will be a breeze once the Sungai Pulai Bridge is completed by the fourth quarter of next year.

“Currently, the driving distance from Johor Baru to Kukup in Pontian is about 70km, which is about one hour and 10 minutes.

“Once the bridge is open to traffic, the journey will be shortened by half an hour to about 45 minutes.

“Cutting the travel time will drive Pontian’s economy as it improves the tourism sector on top of the transportation and logistics sectors,” he said.

Tee said the link would further promote Pontian’s ecotourism, aquaculture and light industries, in line with the state government’s push for the district to become the “southern paradise of Johor”.

“This is because Tanjung Piai National Park is a well-known tourism destination as it is a Ramsar site, or Wetlands of International Importance.

“The upgrading project includes road-widening works and the Iskandar Regional Development Authority (Irda) would also be developing several facilities along the way to provide convenience to visitors to Tanjung Piai.

“I hope the project will benefit and bring more visitors to the national park, which is home to the southernmost tip of mainland Asia, and could revive Tanjung Piai’s name as a popular tourism destination too,” he added. 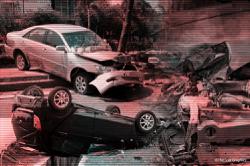 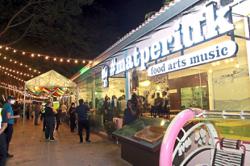