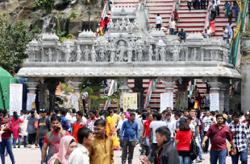 AN individual was caught in the act of stealing a council-owned rubbish bin late one evening in Taman Desa Jaya, Kepong.

“This person was caught on CCTV camera stealing a rubbish bin around 7pm on Nov 1.

“The bin, provided by the Selayang Municipal Council (MPS), was meant for public use,” MPS Corporate Communications director Mohamad Zin Masoad said in a statement.

“Following the incident, MPS lodged a police report and handed over the CCTV footage for further action.”

He said the council spent RM130,000 this year to replace public rubbish bins that were either vandalised or stolen.

“MPS will continue to monitor theft and vandalism activities.

“Action will be taken against individuals found to have committed such acts.

“We wish to remind that all public facilities are provided for shared use.

“We also call on the public to lodge a report if they witness such irresponsible acts,” he added.

In a separate incident on Oct 28, MPS ordered a factory to temporarily close after several mosquito breeding sites were found within the factory’s premises.

“The larvae identified at the premises were found to be Aedes mosquitoes.

“The factory was ordered to close for 14 days, until Nov 14, for cleaning works and to rid its premises of disease-bearing pests,” said Zin.

The inspection was carried out under Section 8, Sub-Section 3 (A) of Destruction of Disease-Bearing Insects Act 1975 (Amendment 2000).

“Between January and September this year, 1,695 dengue cases, one death and three hotspots were recorded in the jurisdiction of MPS.

“The people are advised to keep their premises clean and take preventive measures regularly, such as clearing containers that collect water and any potential mosquito breeding spot,” Zin added. 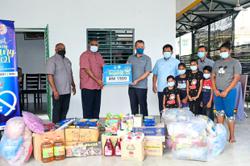