Damansara Jaya residents are finding it hard to let go of the community garden that they started in this small corner of a park. — MUHAMAD SHAHRIL ROSLI/The Star

It ordered the cessation of all gardening activities and for all planting materials, tools and plants to be cleared within 14 days of the date of issue, which was Sept 29.

The residents — who have been taking care of the community garden — hoped the council would reconsider its decision.

Resident Yap Oi Fah, 81, a former secretary of SS22A Rukun Tetangga Area (RT) and DJROA said the idea for a garden was mooted in 2019 as residents wanted more activities to bring the community together.

Another resident, Connie Ng, 66, said the area was once a wild mass of overgrowth with mango and banana trees planted by unknown people.

As the plants were in a part of the park that was seldom used, she said it seemed an ideal location for a garden.

She said the process of starting a community garden and seeing it grow had been rewarding and an educational one.

“Many of us had little to no agricultural background. We learned the process of growing food from others who had the knowledge,” she added.

Ng said the community garden also became a social meeting point, with children coming over in the evenings to see what the adults were doing.

“It was the children who decorated the corner where a dead tree stump once stood. They put ornamental flora, fauna and artwork on pebbles, rocks and recycled wood.

“Other times, the teenagers would hammer a scarecrow together. On Saturday mornings, we would have tea and snacks,” she said.

Ng added that although they had no intention to protest against the council’s orders to vacate the land, residents were finding it hard to let go.

Dr Siti Hajar Ahmad, 72, a retired university lecturer who has a doctorate in horticulture, said she had asked permission from the city council’s Landscape Department to utilise the land.

Although there was no official reply, several successful applications for cash grants led the residents to assume they had received the go-ahead, she said.

The money, managed by the RT, was used to buy soil, seedlings, plants, frames for cultivation beds and a garden shed, she added.

Siti Hajar said it would be good if the residents were allowed to sit with the council to discuss the guidelines.

When contacted, MBPJ Landscape Department director Dr Badrulzaman Jaafar said the community garden was cordoned off in line with the guidelines of the National Community Garden Policy that prohibited the use of parks and open spaces for community gardening.

He said no allocation was given to the RT of SS22A as it was not registered with the city council.

Residents keen on continuing the community gardening could send in a fresh proposal for a new area or place for the department’s review and consideration, he added. 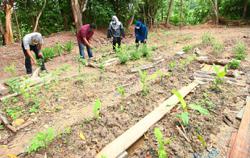 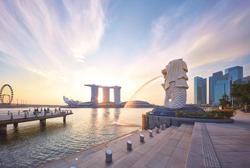