One of the coconut trees planted by residents of Pintasan Kelicap in Mutiara Perdana, Bayan Lepas.

THE Penang Island City Council (MBPP) will have a dialogue session with the residents of Pintasan Kelicap in Mutiara Perdana, Bayan Lepas, on the issue of trees planted by them on the pedestrian walkway.

MBPP Landscape Department director Azizul Fahmi Muhamad said it was not the intention of the council to remove the trees and plants but rather create an area which is presentable and pleasing to the eyes.

“We understand that some of them have planted the trees 20 years ago and it would be difficult for them to cut them down.

“However, the trees are on the pedestrian walkway, which is an obstruction,” said Azizul Fahmi when asked to comment on the request by residents in the area not to cut the trees down.

“We are willing to discuss a win-win situation as many of the plants and trees are not well kept, need trimming and are visually obstructive from the main road.

“The council sent a notice in October for the removal of the trees and plants as they were planted without approval from us after receiving complaints from the other residents in Pintasan Kelicap.

“The council has to act on the complaints because if the untrimmed trees create obstruction that leads to any untoward incident, MBPP will be blamed.”

Earlier, Pintasan Kelicap action committee chairman Harnani Hasan said the residents were willing to listen to the council on the next course of action, but no council personnel visited the area.

“We have mango, coconut and palm trees, ciku, star fruit, pandan and different types of herbs, some planted over a span of 20 years.

“As such, it would be unfair to ask us to remove them as they have helped reduce noise pollution from vehicles on the main road, created a cooler environment and added greenery in the area.

“Neither the area’s assemblyman nor any council personnel visited us to solve this issue.

“All we have are two notices from MBPP sent in October to remove the trees and plants,” said Harnani in a press conference.

Harnani said there were about 500 residents from 84 houses in the area and all of them were supportive of the trees and plants being planted there.

Consumers Association of Penang (CAP) president Mohideen Abdul Kader, who was present, said the residents planted the trees and plants for their consumption and not for commercial purposes.

“CAP fully supports the agriculture activities of the residents, which are also in line with the state government’s slogan of a greener and cleaner Penang,” added Mohideen. 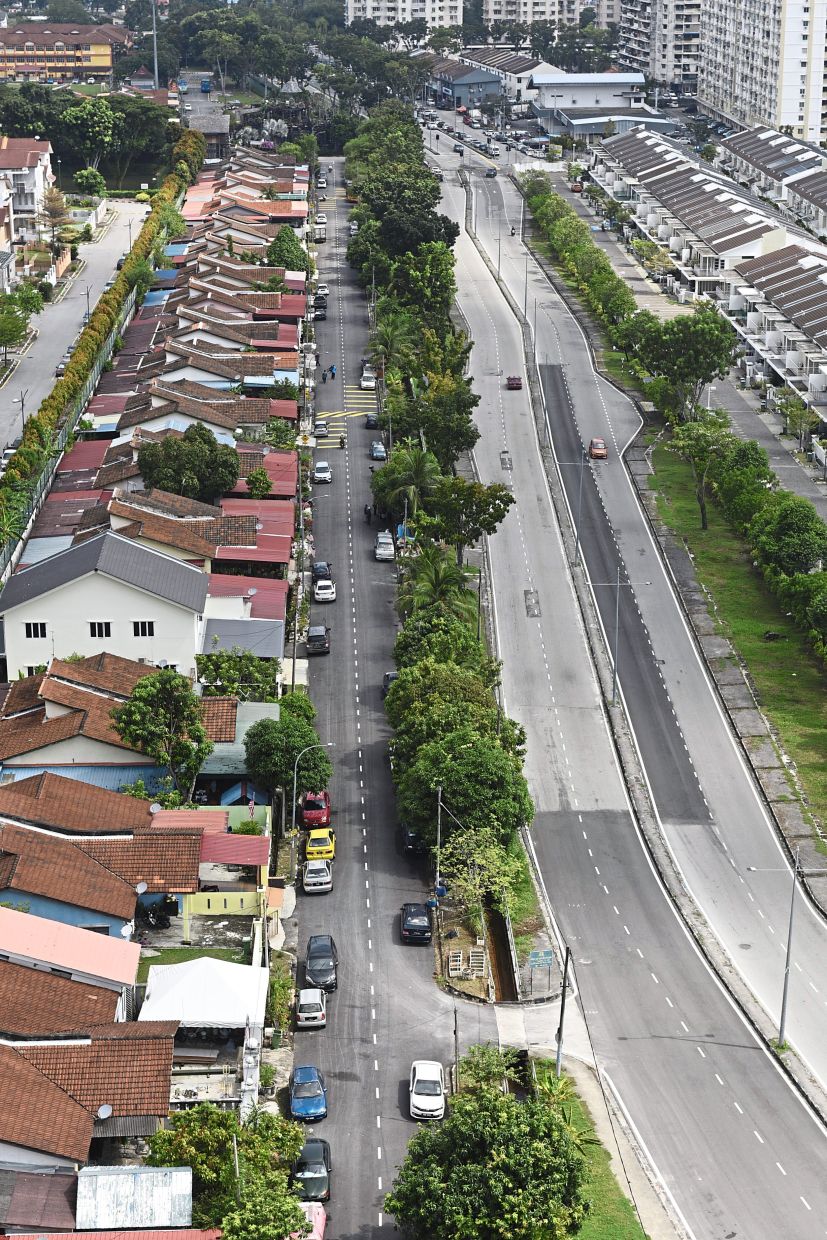 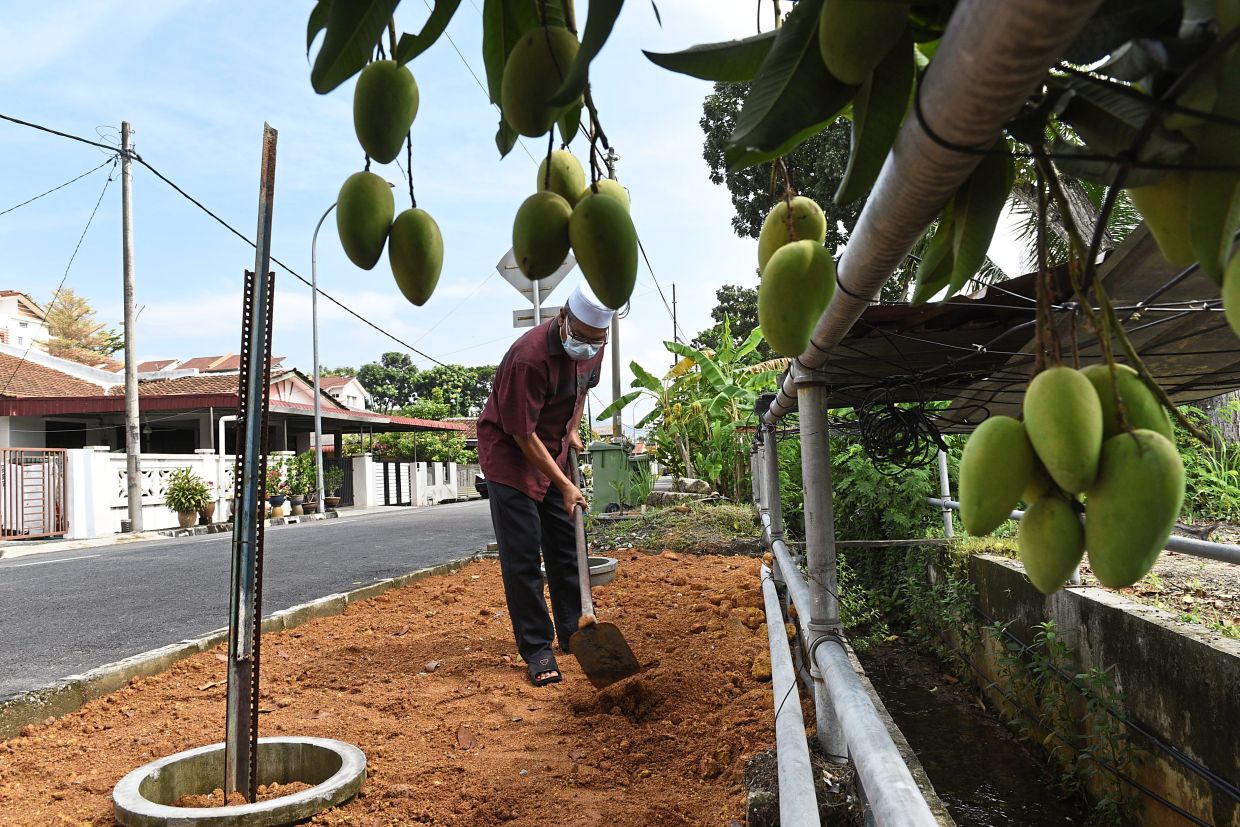 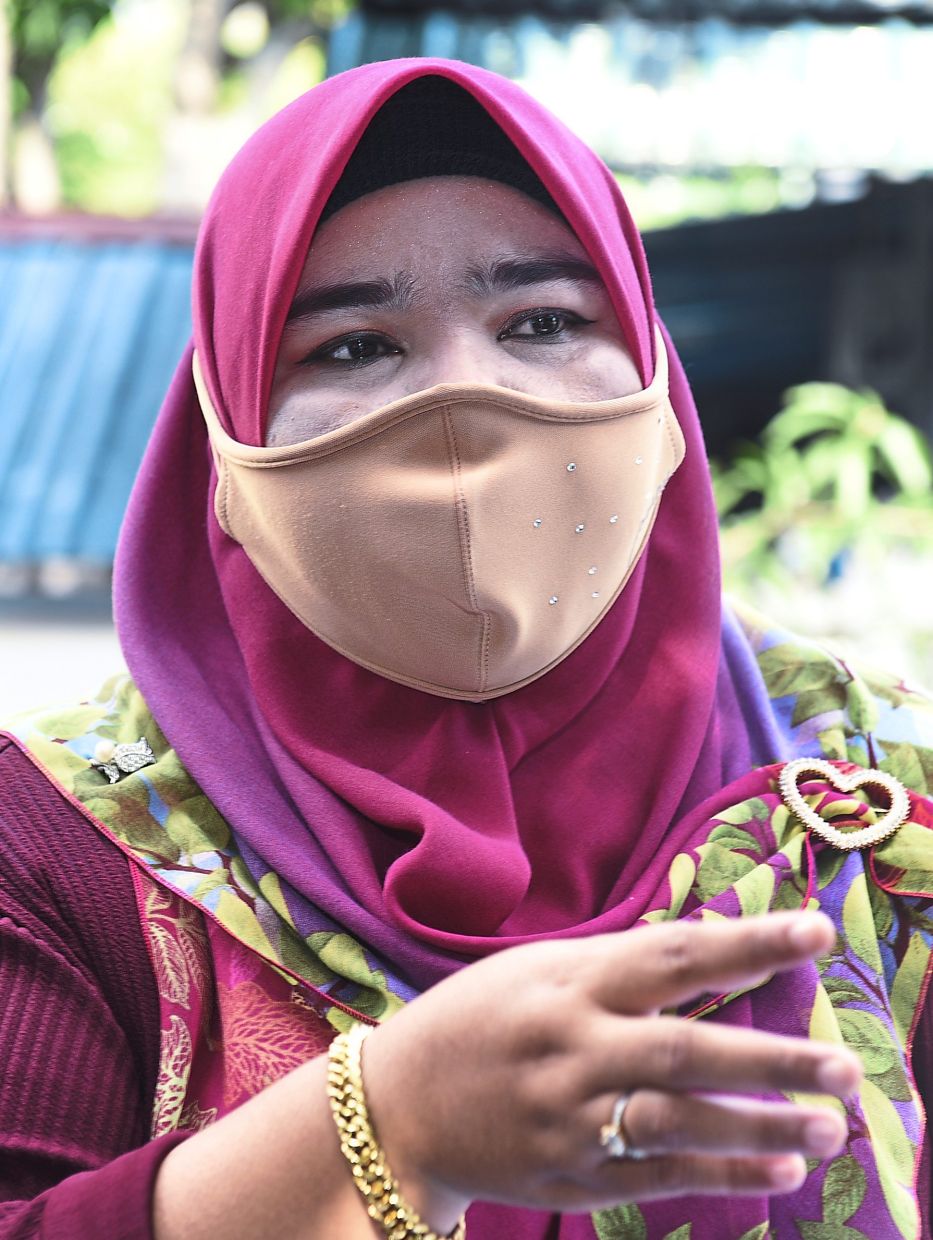 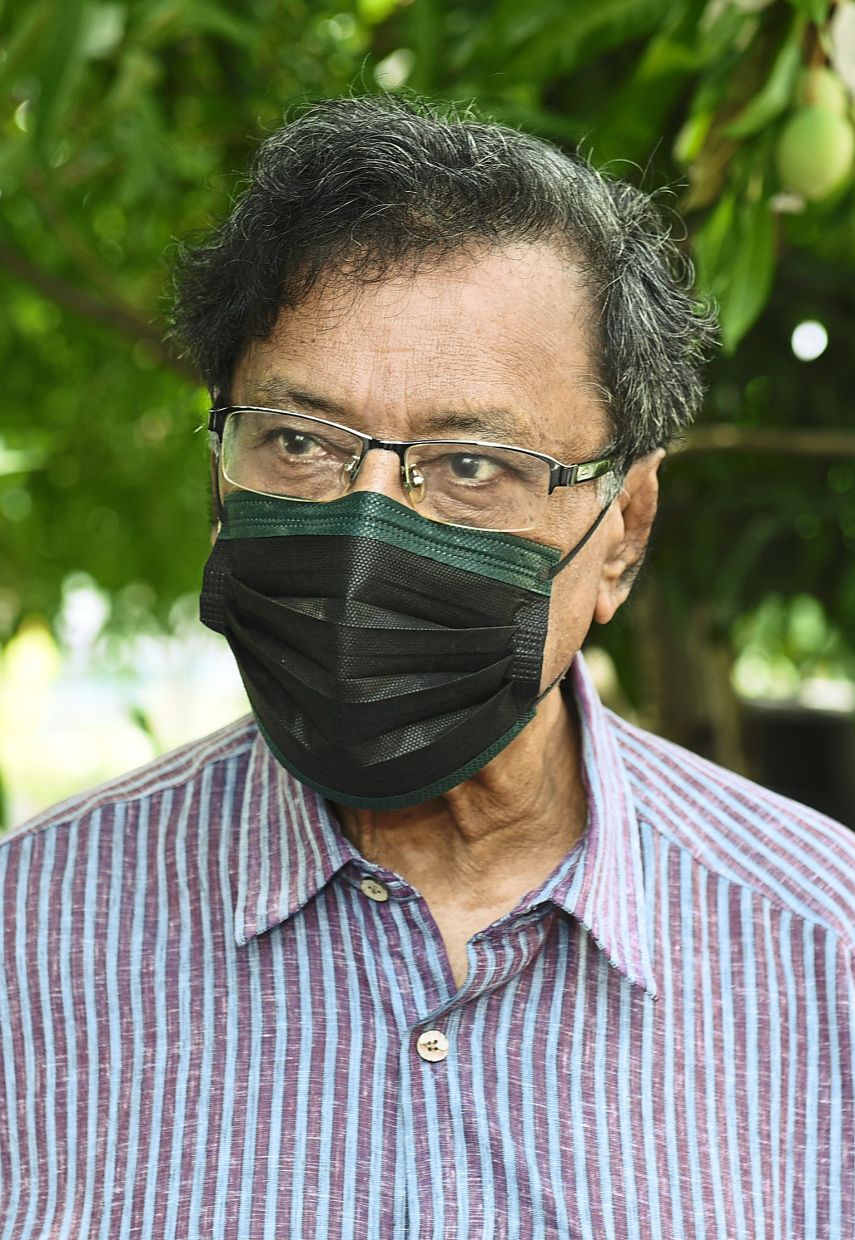 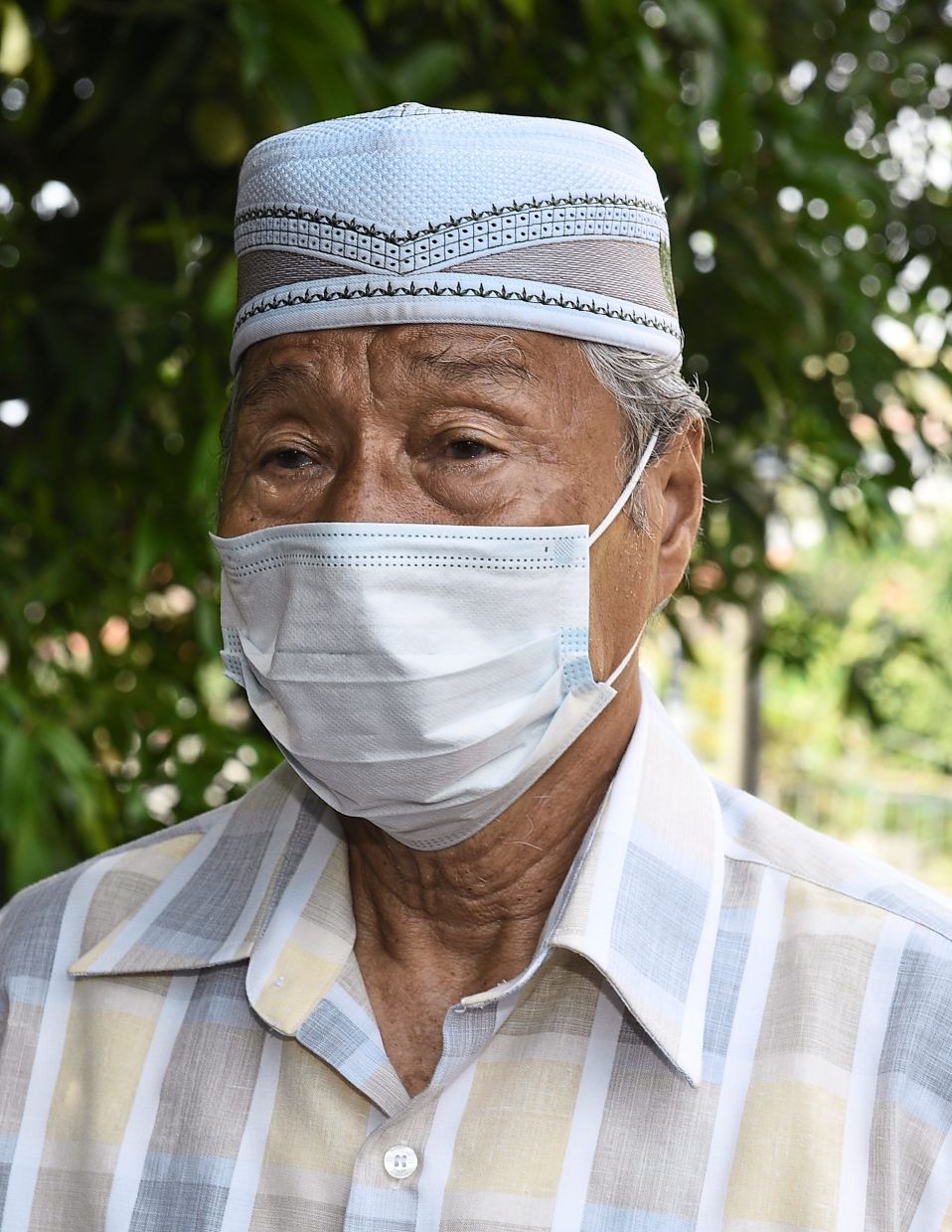 One of the coconut trees planted by residents of Pintasan Kelicap in Mutiara Perdana, Bayan Lepas.

The trees planted on the pedestrian walkway are said to be an obstruction in Pintasan Kelicap, Mutiara Perdana in Bayan Lepas. — K.T. GOH/The Star

Resident Roslan Jamaludin, 60, preparing the ground to plant more fruit trees in front of his house.

Harnani: We are willing to listen on the next course of action.