A Socso employee (left) presents aid to Maglita (seated) and her family after her elder son’s death.

A HOUSEWIFE has had a tough year after losing her son in a road accident in September and a sister to Covid-19 about five months ago.

Maglita Varshay Ibrahim, 49, said she had yet to get over her sister’s death, and now was mourning her late son Mohamad Mustaqim Ismadi who met with an accident while at work on Sept 28.

“I was very sad after my sister’s passing as we were very close.

“My son gave me words of encouragement and told me to pray for her as it is the best thing that we can do for those who have left us.

“Those words I hold on to even more dearly now that he is gone too,” she said when interviewed.

The mother of two said her 23-year-old son, a courier delivery worker, was out for work when he lost control of his truck and rammed into a tree.

Mohamad Mustaqim had swerved to avoid hitting a traffic cone on the road when the accident happened.

The impact caused his vehicle to burst into flames, trapping him in the truck.

Maglita thanked rescuers from the Fire and Rescue Department for their quick action to extricate her son from the vehicle.

Tong said Mohamad Mustaqim’s kin was given a one-off RM2,000 funeral aid as well as a monthly pension of RM1,333.50 from Socso.

“The accident took place when the insured (Mohamad Mustaqim) was at work so he is entitled to protection from Socso,” he said after presenting the family with the aid. 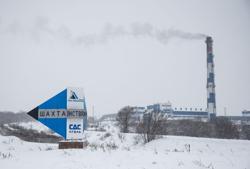