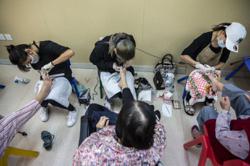 Ng helping Koo into a wheelchair after he was discharged from hospital.

CARING for underprivileged elderly folk, some of whom are alone, requires long-term effort, says a volunteer who has been assisting seniors during the pandemic.

Housewife-turned-volunteer Michelle Ng said the Covid-19 pandemic was an eye-opener as she was able to see the actual living conditions of many helpless old people, who were forgotten by society.

“I always knew there were underprivileged people in the community and because of time constraints then, I did my bit for charity by donating money.

“My volunteering experience has shown me that the underprivileged, especially the elderly, need much more than just one-off handouts,” she said.

Ng said she helped to distribute basic food items such as rice, cooking oil, sugar, canned food and snacks to thousands of needy people with the money raised by her husband who works as a bus conductor in Singapore.

The needy folk included abandoned seniors and elderly people who were widowed and had no children, she said. 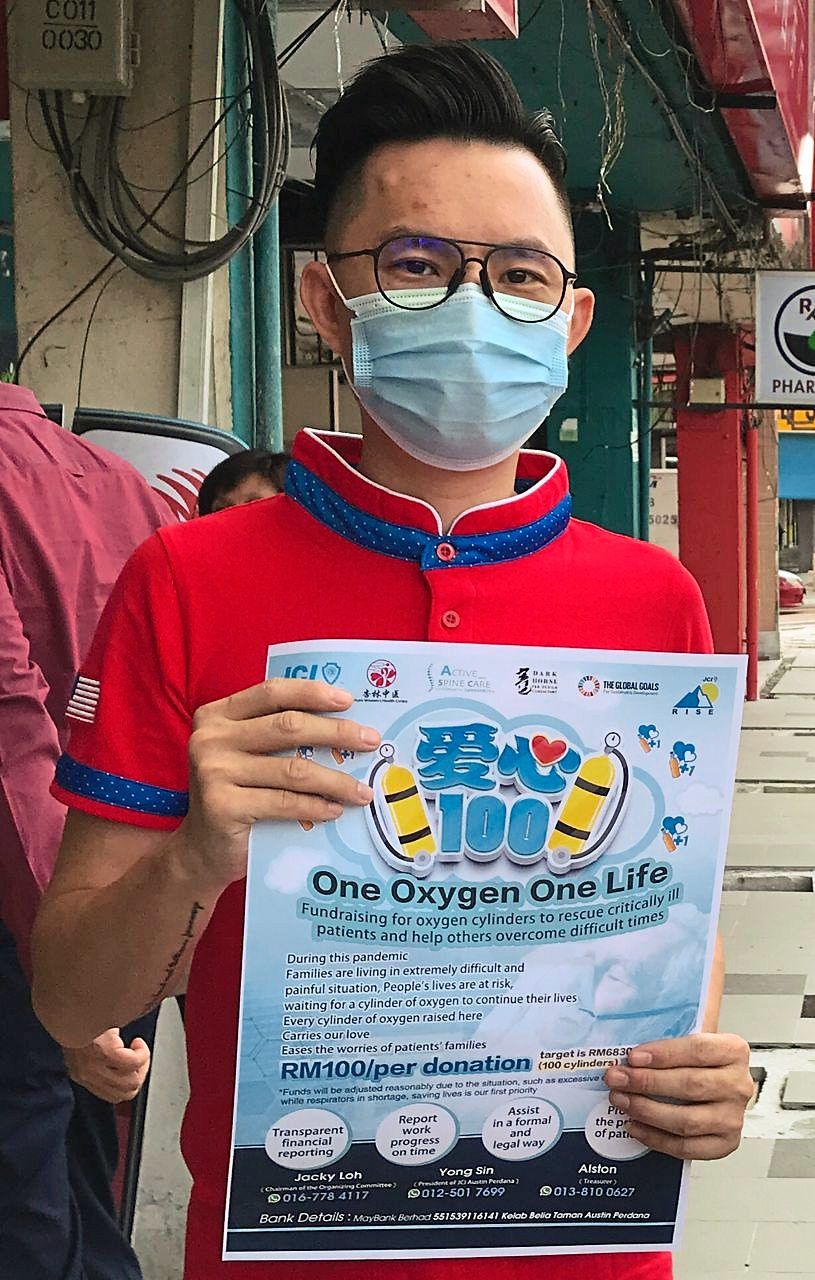 Loh holding up a poster of the One Oxygen One Life programme which aims to raise funds to provide oxygen cylinders for the critically ill and Covid-19 patients.

Apart from giving handouts, Ng said she spent time talking to them, a gesture that they appreciated.

She shared how she recently helped a 63-year-old Covid-19 patient who had been living in his car for about five years, along Jalan Keris in Taman Sri Tebrau.

The neighbourhood is bustling with business activities and is also a popular food destination among tourists before the pandemic hit.

Ng said traders in the area noticed that the homeless man, Koo Ah Soon, was unwell and contacted her for help.

“I was shocked to find out that his Proton Wira was his ‘house’. The vehicle’s interior was quite filthy.

“It turned out that he had been experiencing fever, chills and other symptoms for five days.

“We had to call a private ambulance to get him to the hospital as the government ambulances were not available,” she said, adding that Koo was warded from Sept 12 to Oct 14, during which his MyKad, mobile phone and other belongings went missing.

“Due to this, his friends outside the hospital could not get in touch with him and since no visitors were allowed for Covid-19 patients, he must have felt that nobody cared for him.

“I had to get him some clothes when he was discharged as his clothes went missing too,” said Ng.

“I also noticed that he looked very dejected and even threw tantrums upon reaching the old folks home that he was sent to.

“He was no longer able to take care of himself as he had other health complications,” she said.

The mother-of-two added that Koo’s mood slowly improved after she arranged for two of his friends to visit him to give him some words of encouragement.

Since then, he started taking his meals and medications willingly.

Ng said she felt compelled to provide support and help those in need. 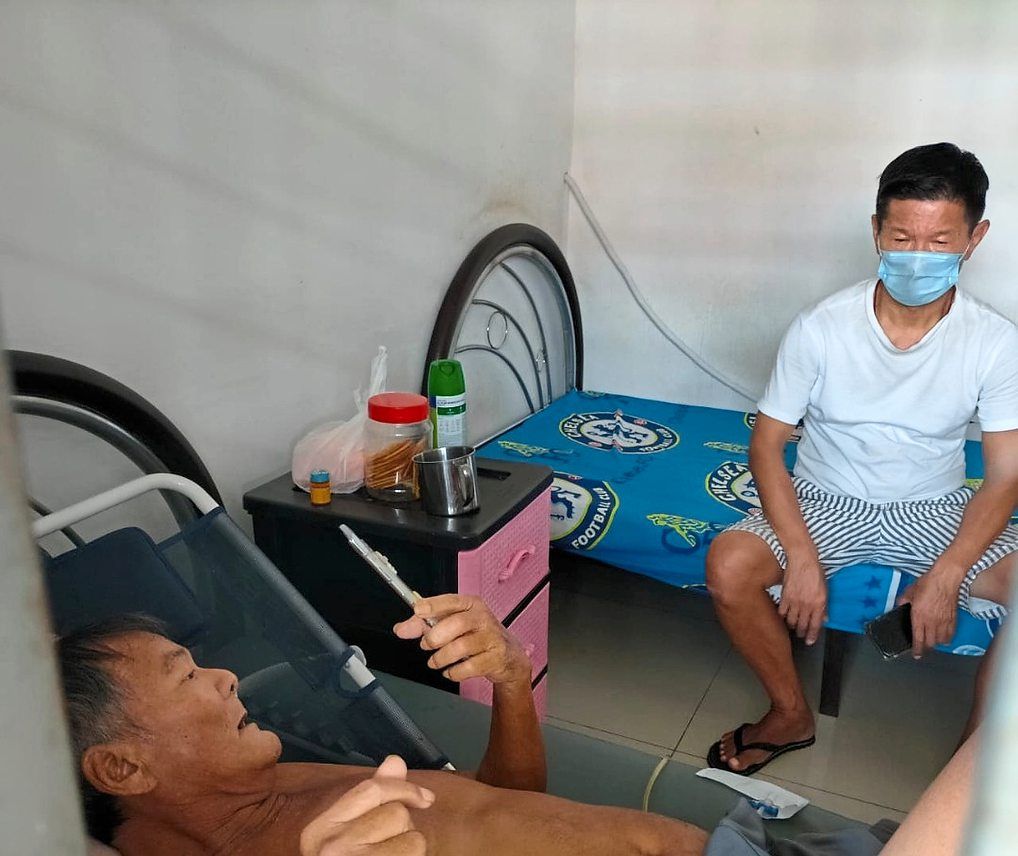 A happier Koo chatting with a friend at the home where he lives now.

Meanwhile, Junior Chamber International Austin Perdana, a non-governmental organisation assisting the elderly and underprivileged, has been taking the elderly for their Covid-19 vaccination shots.

Its organising chairman Jacky Loh said his team recently visited 67-year-old Quek Ah Gee, who was in hospital for nearly 50 days for Covid-19.

“Our charter president Stev Yong, who is a traditional Chinese medicine practitioner, also checked on Quek’s condition and provided some medicinal herbs.

“We provided basic food items and hygiene products too, including toothbrushes and Covid-19 self-test kits,” he added.

Loh said his team was also raising funds through the One Oxygen One Life programme to provide oxygen cylinders for the critically ill and Covid-19 patients.

“There are many people who require such help, especially the elderly who have been abandoned by their family or forgotten by society. We are trying to assist them.

“We hope to help families or individuals who are in need but cannot afford oxygen cylinders,” he said.

He added that the targeted amount was RM68,300 to purchase 100 units of cylinders.

Loh also said that all additional funds collected would go towards refilling oxygen cylinders and replacement of the tubes and other parts so that they could be used by others. 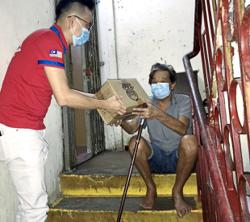