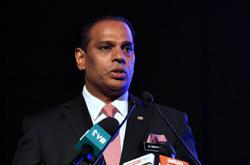 GROWING concerns over the 4.4% unemployment rate in Selangor has prompted the state government to continue with its Jelajah Selangor Bekerja job fair programme this year.

At a press conference to launch the event that will see 200 employers offering up to 25,000 job opportunities, Selangor youth generation, sports and human capital development committee chairman Mohd Khairuddin Othman said he hoped the platform would be of help to the 165,000 unemployed individuals, who were either fresh graduates or had lost their jobs due to the Covid-19 pandemic.

“If this platform is able to connect candidates to all the job opportunities offered by the participating companies, this will reduce the state’s unemployment rate to 3.7%,” said Khairuddin.

Quoting from English economist John Maynard Keynes, Khairuddin said an unemployment rate of higher than 4% was a sign of an unconducive economy.

“But by 2020, it had risen to 4.5% when the Covid-19 pandemic forced affected sectors to slow down or cease production altogether.”

These figures were obtained from the Statistics Department and Social Security Organisation (Socso), he said, and that the number of layoffs were somewhat countered by an increase in self employment — in online businesses or e-hailing services.

Otherwise, the unemployment rate would have been higher, he added.

“This year, we hope to see a rise in registration as employers and potential job candidates would be able to meet face to face. In 2019, for example, the fair helped secure some 1,200 jobs within two days,” he said.

Just as in the previous series, the Jelajah Selangor Bekerja programme will offer positions ranging from rank and file up to middle management in various sectors such as services, construction, IT, technical and aerospace, the last that was made possible through a collaboration with Invest Selangor Bhd.

On whether the current economic landscape was now an employer’s market, Invest Selangor chief executive officer Datuk Hasan Azhari Idris said with the current freeze on the intake of foreign workers, it was hoped that locals would be able to take advantage of the void.

On whether fresh graduates and those new to an industry would have a chance of landing jobs, Hasan Azhari said with the training programmes available, it boiled down to how a job applicant was able to impress his prospective employer during an interview.

Confidence and attitude were some of the important criteria employers look out for, he said.

The job fair will be held in Shah Alam, Kuala Selangor, Kuala Kubu Baru, Hulu Langat and Petaling from Oct 23 until the end of December. 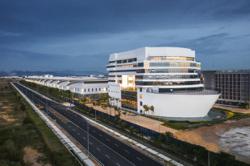