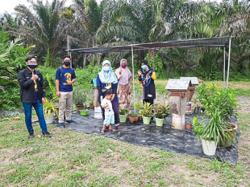 THE public should take extra precautions when buying honey from the market, particularly those that lack labels or information on the origins of the product.

She added that this was also in line with Health Minister Khairy Jamaluddin’s call to Malaysians to adopt a healthy lifestyle as the country transitioned towards the endemic phase of Covid-19.

“However, there are those who are taking advantage of this situation for easy profit by selling fake honey in the market as production cost is low while demand is high.

“This fake honey is not only sold by the roadside but also through social media,” she said, adding that the sellers claimed that the honey they sold was pure.

According to Food Regulations 1985 under the Food Act 1983, pure honey should contain not less than 60% of reducing sugars (fructose, glucose and maltose) and its sucrose sugar content should not exceed 10%.

“Honey comes from nectar gathered by honey bees, where nectar is a sugar solution with varying concentrations secreted by flowers.

“From the appearance, fake honey and real honey may seem identical, especially when bottled or labelled nicely. Some may even put honeycomb wax into their product to convince buyers that the honey is pure.

“However, consuming honey made from refined sugar can have serious health implications, especially for diabetics,” she said, adding that if left unchecked, it could lead to other health complications too.

“Fake honey can also produce an organic material known as hydroxymethylfurfural (HMF), which is harmful to humans when consumed regularly,” Munirah added. 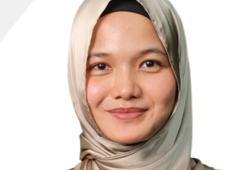