By FARID WAHAB and GRACE CHEN Filling up: Employees of a boutique hotel in Tengkat Tong Shin, Bukit Bintang, collecting water in anticipation of the four-day disruption to supply. — SS KANESAN/ The Star

ONCE again taps will run dry in parts of the Klang Valley and residents as well as business operators must stock up or queue up at water tankers and public taps.

Fortunately, city folk have been informed of the scheduled water cut much earlier this time around, giving them ample time to make preparations.

According to Pengurusan Air Selangor Sdn Bhd, the scheduled water cut in 998 areas in the Klang Valley from 9am tomorrow is to facilitate maintenance works at Phase 1 of the Sungai Selangor Water Treatment Plant.

Water supply is expected to resume in stages starting 5pm on Oct 14.

Periodic maintenance, he stressed, was necessary to prevent malfunctions at the treatment plants that could affect quality of service in the long run.

The 64-year-old who lives with her younger brother, his wife and four children, hopes the water stored will last them several days.

“I knew it was only a matter of time before there would be another water cut, so it is best to own additional water tanks,” she said.

“The stored tap water is only suitable for bathing and washing.

“We may also fetch water from the local surau as it has a huge water tank,” he said.

He added that some city folk might be planning to balik kampung during the water disruption since interstate travel was now allowed. A worker at Thamayanthi’s laundry shop in Brickfields completing all tasks before they close during the water disruption from tomorrow. — Photos: SS KANESAN/The Star

“My wife and I also plan to order via food delivery,” he said.

IT consultant V. Vicknesh, 28, from Klang, plans to take his family to a river to do their laundry and wash dishes.

“We have prepared several pails and tanks to store water, but we are not sure if it is enough to last until Oct 16,” he said.

Meanwhile in Ampang, the parliamentary office has launched a 24-hour hotline for residents who may need emergency water supply.Ampang MP Datuk Zuraida Kamaruddin said a team of volunteers were manning the hotline and working closely with local community leaders to mobilise water tanks to affected areas.

“We have prepared three lorries for this purpose.

“We also plan to cooperate with the Fire and Rescue Department to coordinate distribution,” said Zuraida who is also Minister of Plantation Industries and Commodities.

Business not as usual

For business proprietors, the four-day scheduled water disruption would be an inconvenience, although it is something they have learned to live with.

Kuala Lumpur Malaysia Budget Hotel Association chairman Kenneth Oh said many hotel operators in the city had no choice but to take the disruption in their stride and were preparing to deal with it.

Oh, who owns a boutique hotel in Bukit Bintang, said closing the hotels temporarily during a water cut was not an option.

“We are equipped with water storage facilities after several supply disruptions due to contamination before this,” he said.

However, he added that a water cut was unlikely to affect occupancy rate as some people preferred to check into hotels to ride out the period of disruption.

He also said that hotel operators could not afford to close as they would lose their income, especially since the industry has been hit hard by the Covid-19 pandemic.

Association of Private Hospitals Malaysia president Datuk Dr Kuljit Singh said most water tanks in hospitals were designed to last for up to three days.

“There are teams in charge of facilities to monitor the water level. “They will call the water service provider once the supply drops, to bring in the tankers.

“They will also contact private water suppliers in case the concessionaire cannot send the tankers in time,” he added.

“Salons particularly in malls should have no issues as they can rely on water from tanks.

“If that runs out, the next alternative are containers.

“If left with no choice, we may even buy mineral water to rinse customers’ hair,” he added.

In Brickfields, Juliana Jescintha Malar Lourdesamy, who sells drinks at the Tun Sambanthan Complex food court, is looking at closing her stall temporarily during the water disruption.

“Water is crucial to ensure cleanliness when preparing food.

“Furthermore, I have no place to store extra water as the stall where I operate from is too cramped,” she said.

Echoing Juliana’s views was restaurant proprietor Paramasivam Sivalingam, who said he too would not be able to cook or wash.

Paramasivam, who had a water tank installed on the roof of the premises, said even that was insufficient for a day of operation. 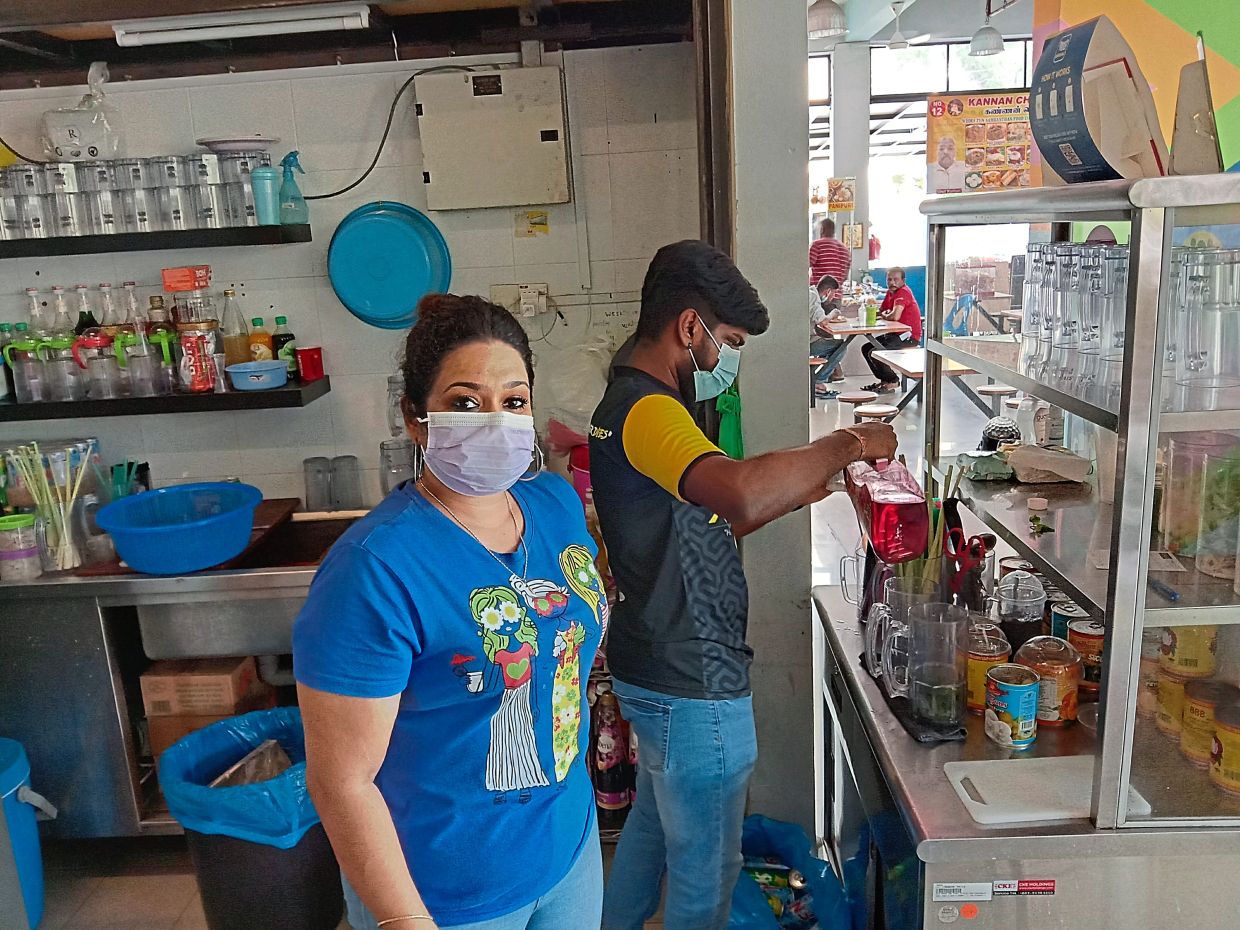 The eatery, he explained, served some 500 customers a day and it would be too tedious for workers to regularly fetch water from the tank.

Laundry operator Thama-yanthi Thevy Thiagarajan may close her shop for a couple of days as well.

“In the past, I closed my shop for two to three days because of water cuts.

“We handle up to 250kg of laundry a day and we will not be able to cope if there is no water supply,” she said.

At the Jinjang Utara morning market in Kepong, some traders are thinking of taking a couple days off owing to the water cut.

Fishmonger Yap Pooi Hwee, 37, said he would not be stocking up on supplies from his usual wholesaler tomorrow.

“I usually buy supplies in the wee hours at the Pasar Borong Kuala Lumpur in Selayang before the morning market opens to ensure they are fresh.

“But without water, I won’t be able to wash the fish and clean my stall,” said the 37-year-old trader.

The last major water cut, which was unscheduled, happened on Aug 31 because of odour pollution at the Jenderam Hilir raw water pump station.

This led to the shutdown of the Semenyih Water Treatment Plant, disrupting supply to 463 areas that included Petaling, Hulu Langat, Sepang, Kuala Langat and Putrajaya.

On June 9, a burst pipe in Jalan Kuari affected water supply to 13 areas in Kuala Lumpur.

Meanwhile, a scheduled water cut from April 6 to 9 to facilitate replacement of valves at the Klang Gates dam, left 12 areas in Gombak and 48 areas in Kuala Lumpur without water.

On March 30, works to replace an old pipe in Persiaran Selangor in Section 15, Shah Alam resulted in the disruption of water supply to five areas in Petaling, 14 in Klang and 11 in Shah Alam.