Police advising cyclists in Putrajaya to adhere to safely measures when on the road.

Putrajaya police have been making their rounds while advising cyclists in the city to follow road safety rules.

Among them were groups of beginners who had been cycling dangerously on the road.

“Cyclists are road users and bound by the Road Transport Act 1987. “They must follow traffic signs and will be investigated under the Act if they get involved in accidents.

“The police will not hesitate to issue summonses to cyclists who endanger their lives and that of the public. “Those guilty of flouting the rules can face fines of up to RM1,000 or imprisonment for no more than three months, or both,” said ACP Asmadi.He said many who were new to the cycling scene were unfamiliar with the rules of riding in traffic.

“I hope these beginner cyclists will keep their activities confined to safer locations before they get onto public roads,” he added.

The advice given to them included keeping within the bicycle lane or to the extreme left when on the road, using hand signals and safety helmets, not talking to other cyclists or using mobile phones while riding as well as using blinking lights and reflective clothing when cycling at night.

ACP Asmadi said they were monitoring cycling activities using their patrol units and closed circuit television cameras, and were also in discussions with Putrajaya Corporation to see how the infrastructure could be improved to make it safer for cyclists.He also hoped motorists would be considerate to cyclists on the road, more so during weekends and public holidays, given that the city is a domestic tourist destination. 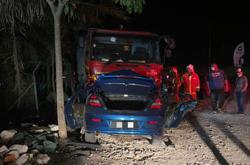