THE issue of stateless children should be addressed because they could contribute to nation-building in future, says Bekok assemblyman S. Ramakrishnan.

He noted that there were thousands such stateless children all over the country who were born in Malaysia.

"These children have nowhere to claim any other citizenship. The government should look into giving it to them,” he said.

Stateless persons, he added, are being discriminated upon in getting public education, health care and other entitlements accorded to Malaysians.

Ramakrishnan said many such people have turned to the courts to settle their citizenship issues, and have succeeded too.

Noting that Malaysia is short of workers and forced to bring in millions of foreign workers who remit billions of ringgit back to their countries, he asked, "Why can’t we give citizenship to our thousands of stateless children and allow them to contribute to the country?”

He added he hoped for a High Court judgement on such cases that could bring about much-needed change just like the recent judgement involving children born overseas to Malaysian mothers and foreign fathers.

He lauded the government’s decision to undertake the necessary actions to amend the Federal Constitution to grant citizenship to such children, calling it a victory for gender equality.

In his constituency alone, there are about 40 cases of stateless children, he said.

Ramakrishnan related cases he knew of recently, among which were a couple – Malaysian man married to a Singaporean – who had a temple marriage in the city-state about 10 years ago and registered their marriage there but moved to the father’s hometown in Johor.

“They did not register their marriage in Malaysia. Their first-born is considered stateless in Malaysia.

“The couple who were not aware of this requirement only registered their marriage in Malaysia after their first child was born.

“The couple have since tried to register their first-born as Malaysian countless times but to no avail,” he said, adding that subsequent children born after the marriage are, however, recognised as Malaysian.

“A simple DNA test can prove that this child is born to the couple, but DNA tests are not accepted,” he said.

In another case, a child lives with her Malaysian paternal grandparents after her Indonesian mother returned to her country.

“The parents' marriage was not registered. This child is stateless. Applications for citizenship by the father with the National Registration Department received no response.

“This child has just completed her Year Six and is now unable to continue her secondary education,” he said, adding that the secondary school requires an approval letter from the state Education Department.

The father works in Singapore and has been unable to come home to make a fresh application.

“Children in such situations are deprived of many rights. I really hope something is done to address all this issue,” he said. 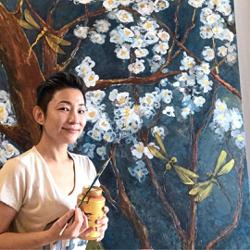