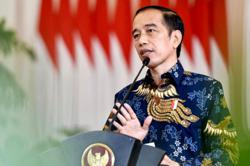 Amirul showing the temporary business permit by MPS that allows him to trade by the roadside legally.

“I was on unpaid leave for several months last year and had to take a 50% pay cut.

“It was becoming difficult for me to manage my finances.

“Although my wife is still working as an auditor, I have three children, a disabled brother and ailing mother to support.

“I started selling apam by the roadside since December last year and am in a better situation now,” said Wan Suhaidi who eventually quit his job.

Wan Suhaidi was among the 17 traders issued temporary business permits, valid for three months, by the Selayang Municipal Council (MPS).

“I hope we will be given a business permit for longer because it may take awhile before we can get a job,” he said when met.

Amirul Zamri, 27, who also received a temporary licence, hoped the government would support people keen to do business.

“The three-month permit costs RM290 and I think it is a fair amount.

“I welcome this effort to legalise our businesses,” said Amirul who sells drinks.

The Selangor government is working with local councils to help small-time food sellers like Wan Suhaidi and Amirul by providing them with temporary permits.

“Selayang was among the first councils to identify street traders without permits and provided them with temporary business permits.

“We hope that moving forward, the application process for business permits will be shortened.

“The permits are valid for three months and we hope to extend the duration in the future,” said Ng.

The permits are aimed at helping those from the B40 and M40 group who suffered loss of income due to the Covid-19 pandemic. 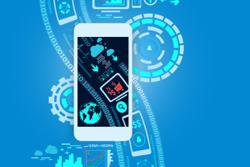