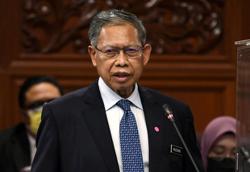 Sharil Azrin Damiri’s keen interest in farming prompted him to venture into the field using the fertigation technique — the application of fertiliser with irrigation water — for commercial purposes in June last year.Starting with only 20 chilli plants in his house compound, the Petronas executive expanded his community garden project called Rumah Pokok into a quarter-acre plot near Taman Pinggiran Cyber in Cyberjaya.

“My job requires me to travel overseas frequently but because of the Covid-19 pandemic, I was forced to spend more time at home.“That was when I decided to expand Rumah Pokok with the help of my wife Nurul Azira Azreen Zulhisham,” he told Bernama.

Sharil Azrin, who attended a course on fertigation organised by Formeniaga Training Centre in 2019, has cultivated 600 plants, the majority of which are chillies as well as eggplant, cucumber and rock melon that are also planted using the fertigation technique. Cili api bara and eggplant are a few types of fresh produce planted by Sharil Azrin and the workers at Rumah Pokok.

Sharil Azrin said through the fertigation technique, he was able to harvest between 1kg and 1.5kg of chillies from each tree in six months.

He said the produce from Rumah Pokok were sold to regular customers — especially nearby restaurant operators, sambal entrepreneurs and end users around the residential area — with promotions made entirely on social media.

“We take orders from Monday to Friday and deliver the chillies to customers on weekends,” said Shahril Azrin who now has three workers.

To give back to the community, Sharil Azrin, who spent RM5,000 on Rumah Pokok, also donated his produce to a food bank near the residential area and to orphanages. Sharil Azrin (in the background) gardening as Nurul Azira and their children Qhaliff Airil (left) and Hasya Aaira keep him company.

In his effort to ensure sustainability, Sharil Azrin said Rumah Pokok used home-made organic pesticide, a practice which he learnt from an agronomist.

Among ingredients used to make the organic pesticide were kaffir lime leaves, chillies and dishwashing soap that were mixed together and left to sit for a week.

The mixture would then be ground and filtered before being sprayed on the plants, he added.

“Organic pesticide can be applied almost four to five times a week, unlike chemical ones that are used only every two weeks.

“The use of the organic pesticide is also in line with Rumah Pokok’s slogan, namely ‘Murah, Segar dan Selamat’ (Cheap, Fresh and Safe),” said Sharil Azrin, who also sells chilli seedlings to nurseries around the area. — Bernama 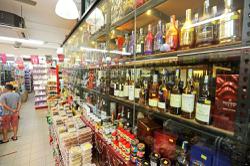