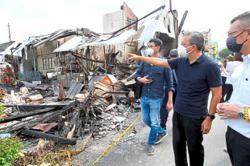 WALKing across a narrow bridge with boxes of vaccines to inoculate people in remote settlements, and journeying for hours to reach the critically ill and elderly in villages are among the trials some medical frontliners are confronted with almost daily.

These are the demands of the job which the volunteer doctors, nurses and non-clinical staff from National Cancer Society Malaysia (NCSM) take in their stride.

At the request of the Health Ministry, the society recently embarked on a Covid-19 vaccination outreach programme to ensure that no one gets left behind in the government’s national immunisation programme.

The programme also required NCSM to carry out house-to-house visits for those with special needs, the elderly, severely ill and bed-ridden patients.

“Our mission is to ensure that society’s most vulnerable members who are unable to get to a vaccination centre (PPV) are inoculated,” said NCSM managing director Dr Murallitharan M.

Doctors and nurses administering Covid-19 vaccines through the programme faced a myriad of challenges to get to their destinations, he recounted.

However, nothing prepared them for the real challenge – persuading the sceptics.

The volunteers, apart from dealing with negative information pertaining to the vaccines, had to face angry and distrustful family members of vaccine recipients.

“Vaccine hesitancy has been an issue with some rural folk. There is a lot of resistance and reluctance when the team arrives at some areas to dispense the vaccine,’’ said Dr Murallitharan.

“In Temerloh, Pahang, we had to deal with an angry son who barged into his elderly mother’s house to stop us.

“But we had just given her the jab, so there was nothing he could do.

“The son actually believed that the vaccine would kill his mother or she would become sick. Of course, it’s not true.

“No doubt, persuading family members to allow their loved ones to get vaccinated is more challenging and a very emotional part of the process compared to the journey taken to get there.

“This is a hurdle we sometimes face upon reaching our destination.

“While the vaccine recipient is eager to have the jab, it is the family members who object,” he added.

However, Dr Murallitharan pointed out that not everyone was against vaccination.

Healthcare workers noticed that there were households where other family members, including caregivers, were just as keen to get vaccinated.

“This was a big concern for me.

“What’s the point of vaccinating just one person when everyone else living there have not been inoculated and are at risk of contracting the virus and may put others in danger, including the vaccinated individual,’’ he said.

“There were also cases where an entire extended family were eagerly waiting to be vaccinated but unfortunately, we had doses for just that one household.’’

“We brought this up with the Health Ministry and managed to persuade them to allow everyone living under the same roof to get vaccinated as well,’’ he said.

Since July 6, NCSM has vaccinated 4,215 individuals in 26 districts across six states.

Aside from areas in Kuala Lumpur, in districts covered in Selangor are Hulu Langat, Kuala Langat, Sepang, Sabak Bernam and Petaling.

Meanwhile in Pahang, the places involved are Bentong, Raub, Temerloh, Karak, in addition to several districts in Kedah, Perak and Penang.

Beneficiaries of the programme are those suffering from cancer, epilepsy, Parkinson’s disease, stroke, obesity and autism.

Non-governmental organisations and individuals caring for the severely ill and disabled were invited to register for the programme by filling out a form made available in Bahasa Malaysia, English, Chinese and Tamil.

The list was then assessed and approved by the Health Ministry.

NCSM’s careline, manned by volunteers, was used to locate the addresses of the individuals to be vaccinated in a particular district and used maps to trace the location.

Volunteers at the call centre would then call the individuals and their families to coordinate the time.

Each team comprises a doctor, nurse, healthcare practitioner and a volunteer who would also be the driver.

Over one weekend, there could be five to six teams that will head out, typically covering 300 households and administering about 100 doses a day.

But things are never as simple as that.

“The journey to areas such as Hulu Langat can take hours as each house is located far apart and it takes time to find the eligible recipient,’’ Dr Murallitharan said.

“There was one house in a Sabak Bernam village which took us two hours to find. By the time we were done in that district, it was already 11pm.

“But it was worth it because the patient was disabled and mentally challenged; he would never have been vaccinated otherwise.

“With the first hurdle completed, the journey to dispense the second dose 21 days later was easier as we would know what to anticipate by then.”

Dr Murallitharan recalled another case where the team, after travelling for hours, arrived at a recipient’s house only to find out that he had succumbed to his illness.

A team member quickly contacted the NCSM careline to know if there was any candidate in the vicinity for them to dispense the vaccine.

He added that while the team had its fair share of challenges, it also had funny and heart-warming episodes and cited the case of a 108-year-old “aunty” from Bentong who was eager to get her first jab.

“This women was such a delightful character.

“When we went back to give her the second dose, she managed to convince all her friends to get vaccinated too and they were there waiting for us,’’ he added.

In some cases, the experience was devastating.

“One of the worst cases was of a couple living in a low-cost flat in Pandan Indah.

“The husband whose legs were amputated stayed home while his wife who cared for him rarely left the flat.” Dr Murallitharan said, adding that they were vaccinated.

Thanks to the programme and its donors, he said many rural folk and even those in the city were able to get their jabs at home without having to worry about the financial cost.

This is because hiring an ambulance for a critically ill or disabled person can cost up to RM800, he added. 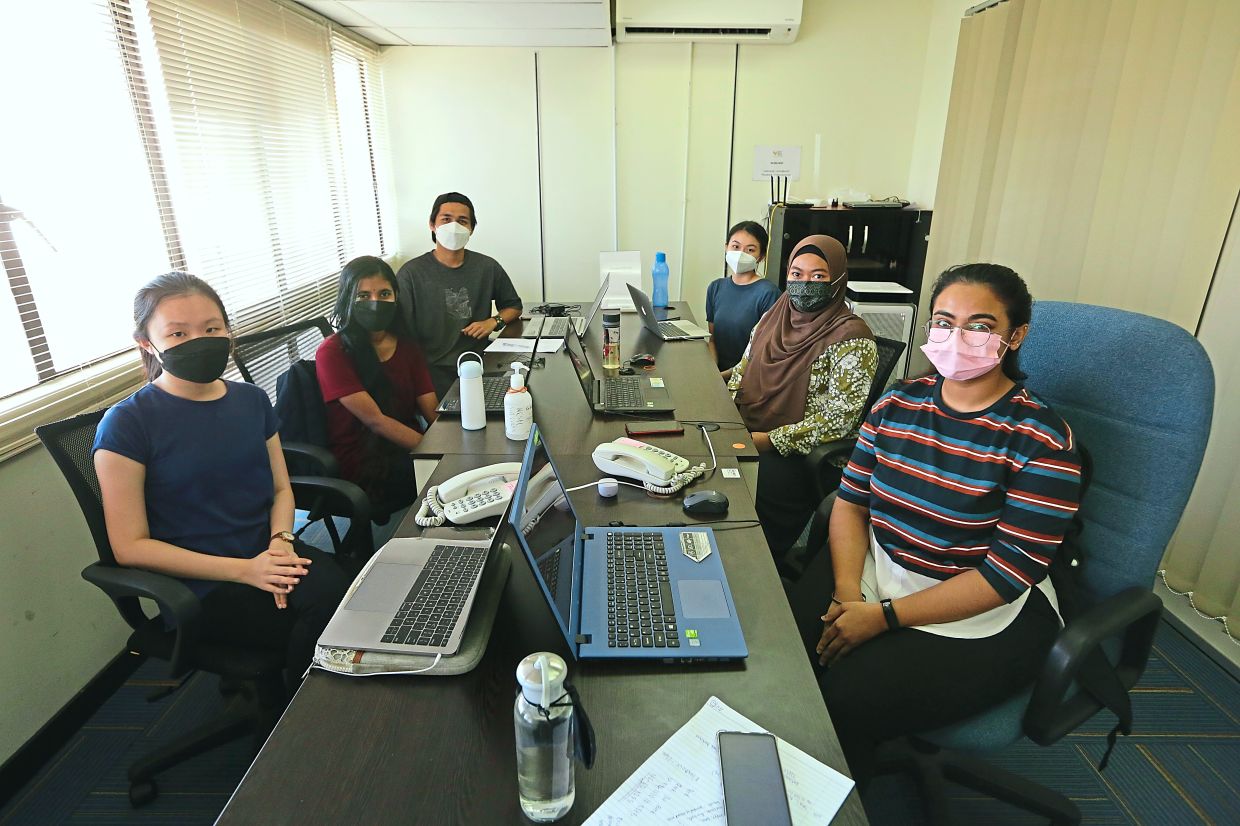 Dr Murallitharan (left) and the NCSM team all geared up to head out to the outskirts as part of the Covid-19 vaccination outreach programme.

NCSM vaccination call centre workers are tasked with liaising with people in rural areas and the team on the ground to ensure that vaccines are dispensed smoothly.

The team from National Cancer Society dispensing vaccine at a factory in Hulu Langat.

A team arriving to vaccinate an elderly couple at a low-cost flats in Kuala Lumpur. The outreach programme started in July.

Medical student Jashodaa Suresh, 20, seen here with a family in Sabak Bernam, all of whom have been vaccinated. Jashodaa and her mother Dr Kasthoori Jayarani had volunteered their services for the programme.