AN old folk’s home in Penang has undergone two rounds of quarantine and reported two deaths due to Covid-19 in slightly more than a month.

Persatuan Syukur Penyayang Pulau Pinang founder Peter Tan said a 73-year-old resident who had tested positive for Covid-19 during his stay at Penang Hospital passed away on Aug 13 while another resident, 76, who also tested positive and was taken to hospital on Sept 9 died on Sept 17.

“The 73-year-old resident tested positive on Aug 8 after being admitted on Aug 3.

“He had fever, was vomiting and had poor appetite.

“We are unsure if he got the virus at the hospital or while he was at the home.

“He was a new resident and he was not vaccinated,” he said. 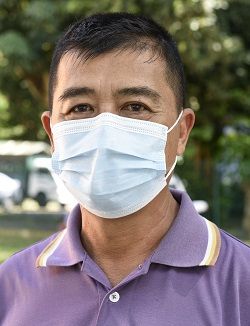 Tan says the home is in need of funds to meet its expenses.

Tan said the 76-year-old resident who died a few days ago was, however, fully vaccinated in June this year.

“She was ill and also had Parkinson’s disease.

“She was bedridden for a while and died at Penang Hospital,” he said.

Tan said the home was first placed under quarantine from Aug 13 to Aug 22.

“Then on Aug 26, one of our residents was not feeling well and had to be taken to the hospital.

“We believe he might have gotten the virus during his visit to the hospital,” he said, adding that on Sept 1, a total of 13 residents tested positive for Covid-19.

“Those who tested negative quarantined themselves at the home,” he said.

Tan said that on Sept 15, health department officials tested 24 residents and staff members and found 19 of them, including a staff member, were positive.

“They have also been sent to the Jawi and Kepala Batas quarantine centres as well as to Penang Hospital.

“The rest of us are under extended quarantine at the home and are unsure when this will end,” he said.

Tan said the Health Department would test the residents again before deciding if the home quarantine order should be lifted.

“With most of the residents at quarantine centres, we currently have 30 people at the home – 23 residents and seven staff members.

“We usually have over 40 residents, with the oldest being 90 years old this year, and 10 staff members who help us with the daily chores and needs of the residents,” he explained.

The home is a non-profit facility which is solely dependent on donors.

Tan said the home does not take money from its residents and therefore, with the current situation at the home and the pandemic, the home was finding it difficult to meet expenses. 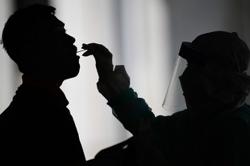