CINEMAGOERS can finally return to the big screens and fabulous surround sound systems, with a string of Hollywood blockbusters awaiting to entertain those who have been fully vaccinated.

Golden Screen Cinemas (GSC) in Penang reopened its doors on Malaysia Day yesterday, with some earlier released movies like Great White, Spiral: From The Book of Saw, Those Who Wish Me Dead and Godzilla Vs. King Kong.

Action and horror films Black Widow, Jungle Cruise and Malignant have been slated for release on Sept 23.

On Sept 30, thrillers like James Bond’s No Time to Die and Suicide Squad 2 will also be in cinemas. A staff member wiping the e-kiosk meant for buying tickets as well as food and beverages.

The much-talked about movie Shang-Chi And The Legend Of The Ten Rings will open on Oct 7.

GSC Queensbay Mall cinema manager Muhammad Danish Desmond said the cinemas would be open from 11am to 10pm daily for now, and customers could either buy the tickets, food and beverages online or via the kiosk at the premises.

“We have placed relevant notices in prominent spots throughout the cinemas for everyone to follow the strict standard operating procedures and guidelines.

“Customers will have to pick up the food and drinks themselves at the counter as set by the National Security Council,” he said.

Muhammad Danish said they have cleaned and sanitised the cinema halls and walkways thoroughly. The flooring at GSC Queensbay Mall is mopped regularly.

“We will also sanitise the seats and the halls before and after every show.

“Besides sanitisation, we will also ensure physical distancing in the seating arrangement by placing necessary markings in between the seats.

“Our staff members will make sure customers do not have any physical contact.

“Only fully vaccinated customers aged 18 and above, with low risk or casual contact with no symptoms are allowed to enter,” he said.

Muhammad Danish said cinemagoers must be able to produce their digital vaccination certificate as proof upon request. 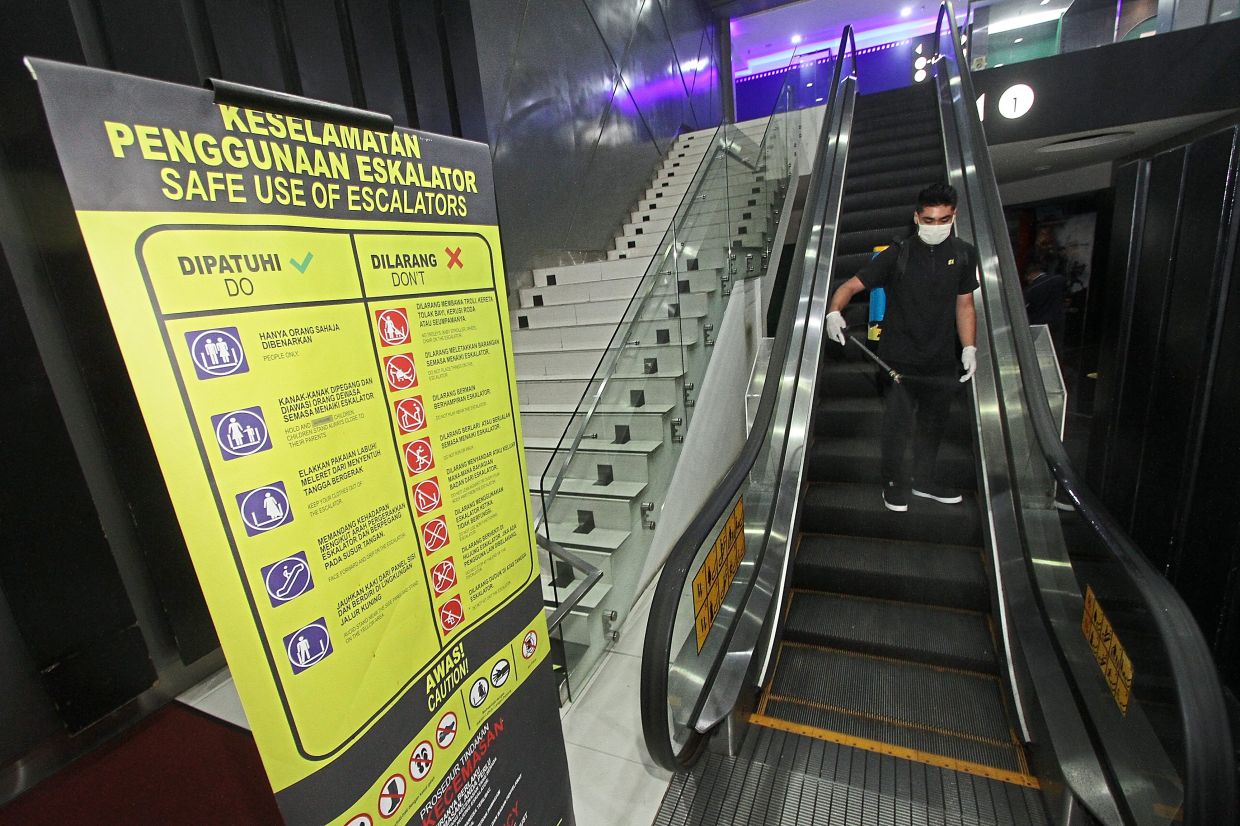 The escalator handrails and steps are often sanitised.

He said the last show would be screened at around 7.30pm, adding that there would be no late night shows for now.

Earlier, GSC PR and branding manager Sharmine Ishak had said that their staff had been maintaining the cinemas throughout the closure, and this included cleaning the seats, halls and facilities such as e-kiosks, and the equipment like projectors.

TGV Cinemas will reopen on Sept 23.