‘Govt and Opposition should join forces in battle against domestic violence’

“Handling of social problems should not be divided between the government and the Opposition.

“To date, 29 constituency service centres and 12 non- governmental organisations have been recognised as First Support Points.

“All elected representatives must be involved in establishing First Support Points in their respective constituencies.

“The intervention of assemblymen is important in combating social problems because they are responsible to help and protect the people in their respective areas.

“If more assemblymen can take responsibility in the implementation of this policy, I believe our society will be more considerate and eliminate domestic violence,” she said during her winding-up speech at the state assembly meeting on Friday.

In July last year, the state government launched the First Support Point under the Safe Families Policy to provide immediate assistance to victims of domestic violence.

These groups would be established in the service centres of assemblymen and government agencies to provide support for abused or domestic violence victims.

Chong Eng said that to solve domestic violence in the long run, the state government had been actively conducting awareness programmes to ensure that more people were exposed to the signs of domestic violence crimes.

“So far, we have conducted five online awareness programmes with NGOs.

“This shows that NGOs as well as religious organisations and educational institutions strongly support the implementation of this policy.

“These awareness programmes will be expanded to the grassroots such as Village Community Management Councils, Women and Family Development Committees in the future,” she said.

Meanwhile, Chong Eng added that based on data from the police, a total of 304 cases of domestic violence were reported from January to July this year as compared to 192 cases for the same period last year.

“This showed a 58% increase from last year which is very worrying,” she said. 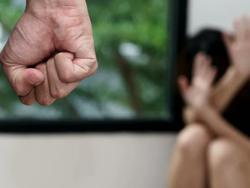